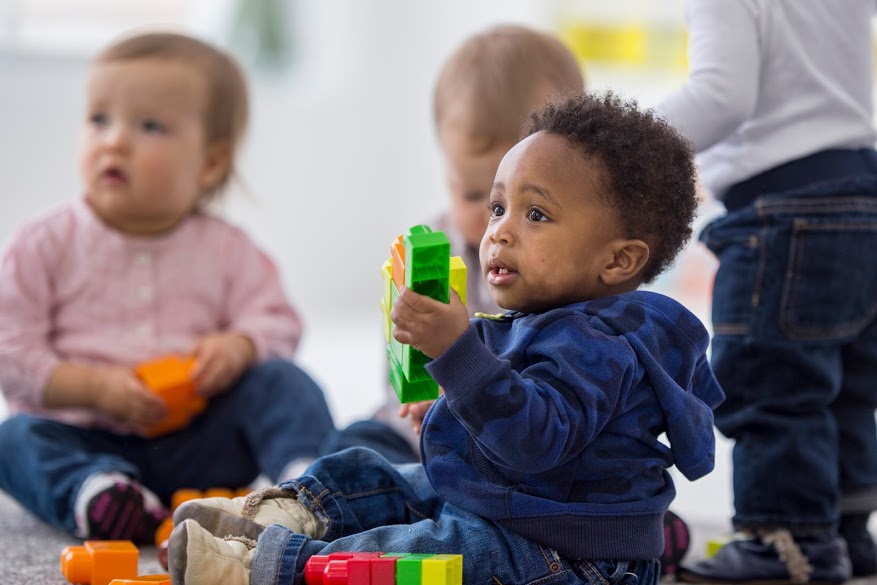 Providing poor children with high-quality early childhood education – from birth through age 5 – results in adults who are healthier, earning higher incomes and less involved in crime, according to a new study that followed participants for 35 years.

The study showed a positive impact especially on boys and their families.

Described by the authors as “groundbreaking,” the study goes further than earlier research that showed benefits to 3– and 4-year–olds attending preschool.

Nobel laureate James Heckman and researchers from the University of Chicago and University of Southern California reached these conclusions after analyzing data related to low-income African-American children who attended two preschools in North Carolina in the early 1970s. They also studied children in control groups who either did not attend preschool or participated in lower-quality programs.

“It is hard to find early-life investments that more than pay for themselves through significant health gains,” said Dana Goldman, director of the USC Schaeffer Center. “The long-term health benefits researchers discovered for males in particular are truly remarkable and underscore the critical need to increase investment in our nation’s youngest children.”

The paper, called “The Lifecycle Benefits of an Influential Early Childhood Program,” determined that spending money on high-quality early childhood education for at-risk children – as well as employment support for their mothers – can yield a 13 percent return on the investment every year, even after adjusting for the public costs of the program. The cost-benefit is $6.30 for every dollar spent, based on long-term benefits including reduced taxpayer costs for crime, welfare and healthcare, along with a better-prepared workforce.

The calculation is based on better outcomes in health, education, social behaviors and employment for children who attended such programs from ages 0-5 and were studied through age 35, as well as parent employment. Those who attended the Carolina Abecedarian Project and Carolina Approach to Responsive Education program had fewer health risks, especially men, as well as increased IQ.

“High-quality early childhood programs can boost the upward mobility of two generations by freeing working parents to build their careers and increase wages over time while their child develops a broad range of foundational skills that lead to lifelong success,” Heckman said.

One of the four researchers on the study, Maria Jose Prados, an associate economist at University of Southern California, said they looked at more life outcomes than previous research, including personal development, health, education, crime, and the earnings of the children into adulthood, as well as their parents.

“Additionally, we have been able to use long-term follow-up data on the program participants,” she said in an email, “which is extremely important because long term evidence on the effectiveness of the program is most relevant for policy analysis.”

Bruce Fuller, a professor at University of California, Berkeley Graduate School of Education, said this study is noteworthy because it focused on programs for African-American children in poverty that lasted up to 12 hours a day, five days a week, 50 weeks a year for five years.

“Few large-scale programs have been able to match this intensity,” he said. “This gives kids huge doses of quality pre-K, and the results are pretty remarkable. The downside is that very few large-scale pre-K programs can afford to offer this intense, rich dose. So, I think the findings are very encouraging, but it raises questions of, ‘How do we get to this high bar of quality?’”

He said the timing is good for early childhood advocates because Gov. Jerry Brown will release his proposed 2017-18 budget next month. But even advocates don’t agree on whether it is better to put more money into programs aimed at 3- and 4-year-olds or to balance that with increased investments for infants and toddlers, he said.

Heckman, in an interview with National Public Radio, said the high-quality programs cost about $16,000 to $18,000 per child per year. But, he says, the costs result in enormous social benefits.

The research revealed higher benefits for boys enrolled in the high-quality programs. Boys were found to have committed fewer crimes and also had greater income growth than girls, Prados said.

“This may have to do with the gender differences in crime and in the lifecycle profile of earnings,” she said. “We also observed that boys outside the program who attended low-quality childcare were more vulnerable than girls in the same situation.”

Camille Maben, executive director of First 5 California, said research by Heckman and others helps her organization to educate policymakers about the benefits of high quality early childhood education programs that focus on the development of early language, motor and cognitive skills, as well as social and emotional learning.

“We’re excited to see Professor Heckman’s results,” she said. “We can only hope that this research will push forward an investment in those early years that we know will be a positive benefit for young children and their families – and it couldn’t come too soon.”

Heckman heads up the Center for the Economics of Human Development at The University of Chicago and is a USC presidential scholar-in-residence at the USC Schaeffer Center. The Buffett Early Childhood Fund, Pritzker Children’s Initiative and the Robert Wood Johnson Foundation’s Policies for Action program funded his new research.

This story was updated on Dec. 13 to include quotes from one of the researchers, Maria Jose Prados.