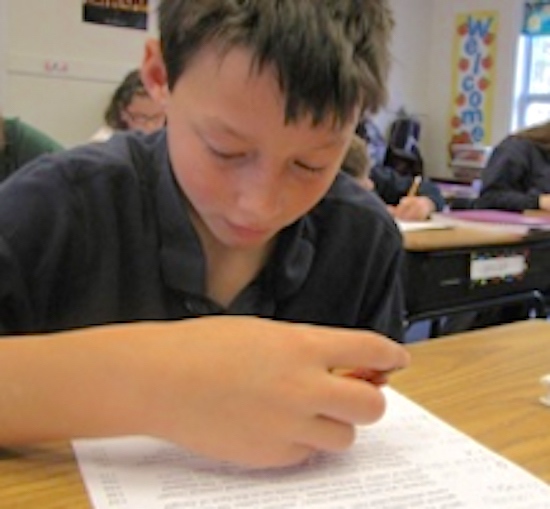 To shine a brighter light on academic disparities, the six California districts known as the CORE districts have tracked test results for much smaller student subgroups than the state requires, giving a more complete picture of how some groups – African-American children and students with disabilities, in particular – performed.

CORE (California Office to Reform Education) has reduced the size of student subgroups it uses in its new school accountability system from 100, the minimum the state currently requires, to 20. Reducing the subgroup size for reporting scores on standardized tests succeeded “in making historically underserved student populations visible” and provides schools and districts with critical information to address these students’ needs, according to a new study by Heather Hough, who is directing studies of the CORE districts for the Stanford University-based organization Policy Analysis for California Education, and Joe Witte, a PACE analyst. The State Board of Education should pay attention to CORE’s data since it must decide whether to stick with or change the subgroup size for the school accountability system it’s in the process of creating, the report said. 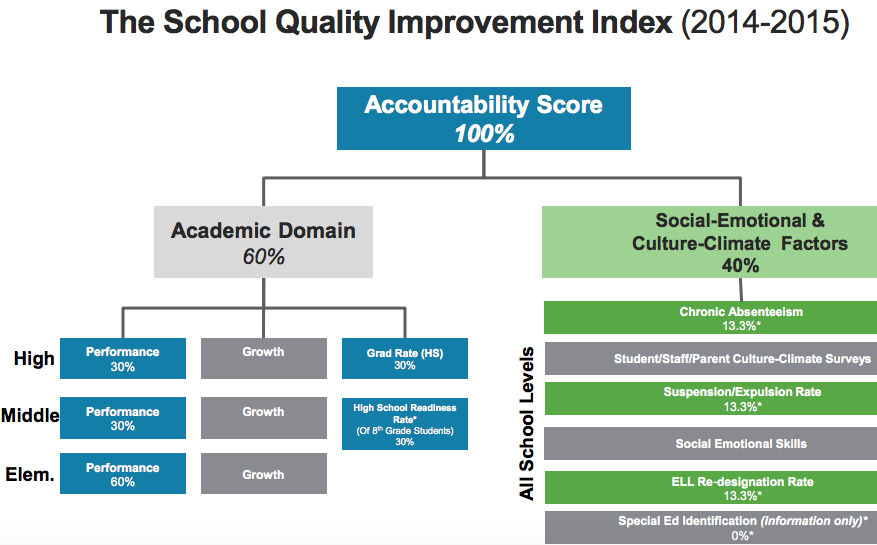 The districts participating in CORE include three of the state’s four largest districts – Los Angeles, Long Beach and Fresno – along with Santa Ana, San Francisco and Oakland, and enroll about a million of the state’s 6 million students. As a condition for receiving a federal waiver from some of the constraints of the No Child Left Behind Act, the CORE districts designed their own school accountability and improvement system, called the School Quality Improvement Index. The multi-dimensional index, introduced last year, includes indicators, such as rates of chronic student absenteeism and suspensions, that the state board is considering. Another metric, self-reported measures of social and emotional skills, is novel and controversial.

The CORE districts hope the state board will let them continue using their accountability model to identify schools needing improvement instead of the state’s new system, which will go into effect in 2017-18. CORE will make a formal request this fall (see letter to the State Board laying out its reasoning).

CORE Executive Director Rick Miller said the smaller subgroup size is central to its commitment to detect schools’ struggling groups of students who otherwise might go undetected. The PACE study, using scores from last year’s Smarter Balanced math assessment on the Common Core standards at CORE’s 1,153 schools, bore that out.

Under the CORE index, a school’s lowest-performing ethnic or racial group is included in determining a school’s overall performance. If the subgroup size had been 100, there would have been 70 schools in which African-American students were the lowest-scoring group. With a group size of 20, the number jumped to 333 schools.

States have discretion in setting their subgroup size, and there’s no right or wrong number. Before Congress passed the No Child Left Behind Act, California set 30 students, as long as they made up at least 15 percent of a school’s population, as the minimum subgroup size for reporting results on state standardized tests. But NCLB raised the stakes, with the requirement that all subgroups in a school achieve 100 percent proficiency in math and reading; there were escalating penalties for those schools that failed to meet annual proficiency targets. In response, the state board raised the subgroup reporting size to 100 students in an attempt to reduce the number of subgroups potentially exposing a school to sanctions, according to Miller, who was an assistant state superintendent at the time.

Soon the state may return to 30-student subgroups. Congress ended NCLB, and passed the Every Student Succeeds Act, which transfers oversight of struggling schools to the states. The Local Control Funding Formula, which the state Legislature passed in 2013, emphasizes strategies to improve schools instead of punishing them; it also set 30 as the subgroup size that districts should use in reporting metrics in Local Control and Accountability Plans that districts write laying out district goals and spending actions to achieve them.

Consistent with the funding formula, the California Department of Education will recommend that the state board adopt the 30-student subgroup threshold for the new accountability system that meets both state and federal requirements.

Asked to look at the PACE study of 20-student subgroups, Edward Haertel, an emeritus professor of education at Stanford University and an expert in educational testing and assessment, wrote that while it’s obvious that reducing the group size will increase the number of schools with numerically significant groups, “the magnitude of these effects reported by PACE is striking.” But he cautioned that the smaller the group size, the larger the risk of inaccuracy, which is compounded when using the information for accountability purposes.

But Miller said CORE believes the benefits of a smaller subgroup size outweigh the risk of measurement error – even if the consequences are over-identifying schools needing help.

“What is the harm if the result of a measurement error is to provide more assistance for students? We believe it’s the right thing to do,” he said.