College classes for middle school students? It's happening in Hayward 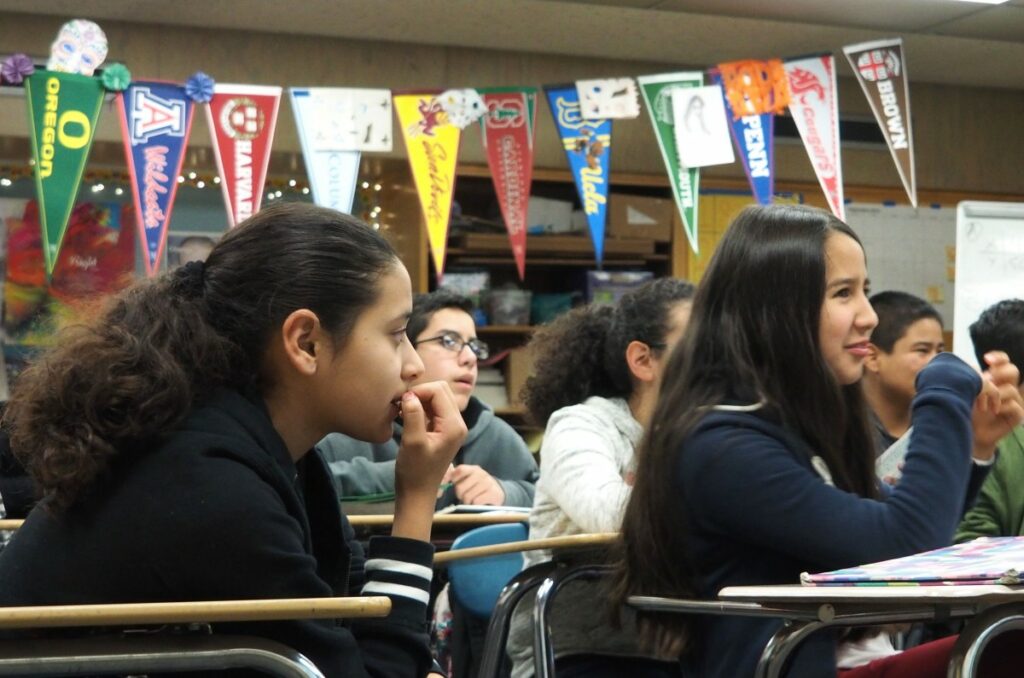 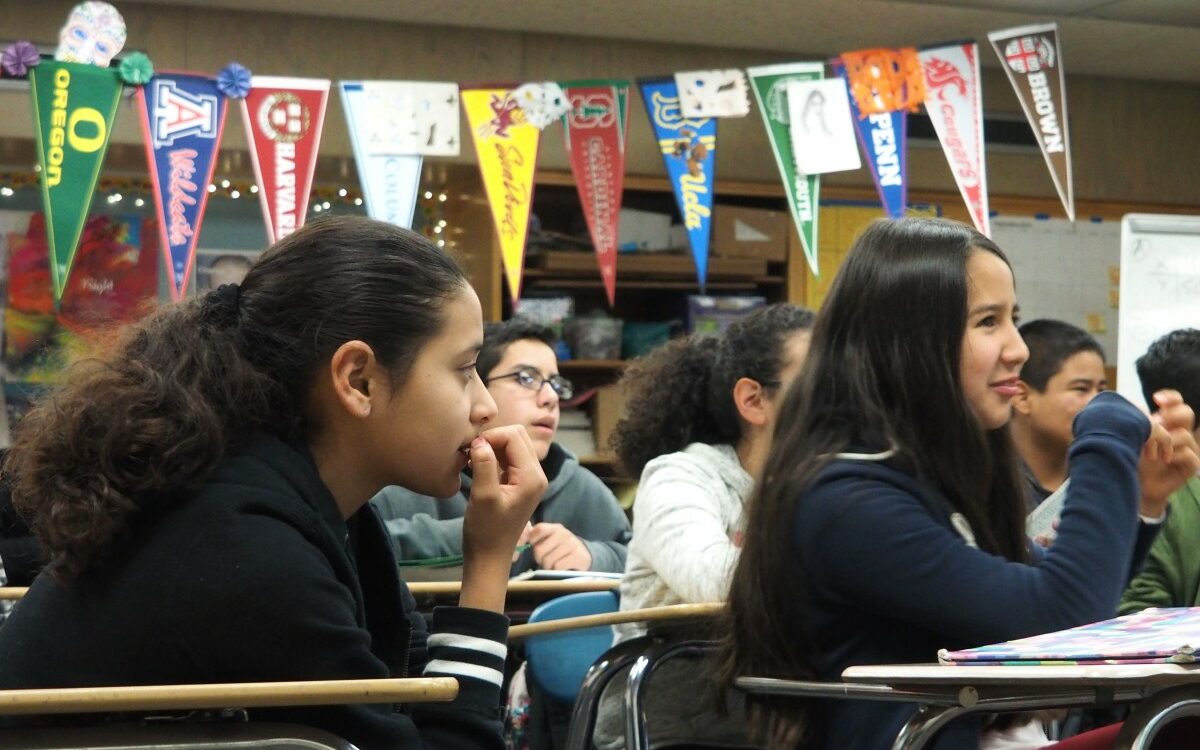 The students giggle, squirm and whisper to each other as their instructor gets ready to begin. It’s the start of a typical middle school class except for one thing: these 12-year-olds are taking a college course.

Being college-ready has a new meaning at middle schools in Hayward Unified, where some 7th- and 8th-graders stay after school to take introductory college courses from local community college instructors. While many districts in California give high school students the opportunity to earn college credit, Hayward may be the only district in California – and possibly in the nation – to offer college courses to middle school students after school.

Instructors at Hayward’s Chabot College teach classes at the middle schools ranging from Early Childhood Development to Engineering to Music. Each of the five middle schools in the Bay Area school district offers one class per semester. Although the instructors adjust their teaching to be more appropriate for middle school students, the content is the same as courses offered at Chabot. The credits earned are transferable to community colleges and four-year universities.

Offering college classes for 12-year-olds might seem like another example of putting pressure on students at ever-younger ages, but the impetus for the program is quite different, Hayward administrators say.

Middle school occurs at a critical juncture for students, who face peer pressure as they try to form their own identity and envision their future. Hayward educates about 22,500 students, three-quarters of whom come from low-income families.

If they pass a college class and get credit, then “no one can tell them they’re not college material,” said Chien Wu-Fernandez, assistant superintendent of student and family services for Hayward Unified. “They have just proved that they are.”

Administrators in the district say that many of their students have no relatives or friends who have gone to college and are in danger of thinking or being told that college is not for them.

If they pass a college class and get credit, then “no one can tell them they’re not college material,” said Chien Wu-Fernandez, assistant superintendent of student and family services for Hayward Unified. “They have just proved that they are.”

The district wanted to use after-school time to propel students ahead, rather than focusing only on remediation or support for classroom work, Wu-Fernandez said. “We thought, ‘What better way to promote college and career readiness?’”

Some students could possibly earn enough credits to graduate with a high school diploma and an associate’s degree, she said, but the primary purpose of the program is exposure to college work.

In queries sent to public information officers from California’s community colleges and directors of the state’s after-school programs, no one offered any other examples of middle school students taking college classes. Officials with national advocacy groups for expanded learning programs, such as the Afterschool Alliance and Jobs for the Future, also said say they knew of no similar program.

David Farbman, senior researcher for the National Center on Time & Learning, an advocacy group for expanded learning programs, was surprised to learn that middle school students were tackling college courses during their after-school program.

“As long as they can handle it, it’s good to challenge them,” he said. “You don’t want to push kids too hard, but given the right support, they can achieve at high levels.”

Classes average 20 students, but music and theater classes can be as large as 35 students. Students must spend 18 hours in class per unit, and most classes are for three units. On days when the students are not in class, the after-school staff helps them develop good study habits and complete their work for the college class.

“It’s college with support,” Wu-Fernandez said. “They’re not doing it on their own.”

Roberto Mendez, who coordinates the program for Chabot, said the college chooses courses the middle school students can handle. “They’re not taking calculus or chemistry,” he said.

Likewise, Hayward school staff members select the students carefully to make sure they are ready for the class, Mendez said. “The assumption is that they are upper-level students who need to be challenged.”

Vanessa Cormier is manager of Middle College for Chabot, the program that typically offers college classes to students in high school. She counsels faculty who are interested in teaching courses at Hayward middle schools.

“I want to make sure they understand the audience they are teaching,” she said. Middle school students, Cormier said, have a more active style of learning, not just physically but mentally, too. They also do better working in groups, she said.

Besides learning the course content, the students are also learning the soft skills, Cormier said, such as persistence and self-regulation. Teaching those skills is not new for college faculty, she added. “The majority of our students don’t come out of their home ready to live on their own.”

But not all faculty are a good fit for the program, Cormier said. In one case, an art instructor who came to Ochoa Middle School did not handle the students well. The class was cancelled, and the instructor will no longer teach middle school students, she said.

The classes are funded by state and federal after-school program grants. The district pays Chabot $300 to $500 per student, depending on the course and cost of textbooks – about what it would cost the students to take the same class at the community college. The district charges students a $25 processing fee, but no students are turned away because their families can’t pay the fee.

Data from Chabot College show that for the first three semesters of the Hayward program – summer 2014, fall 2014 and spring 2015 – enrollment in the classes was 175, with some students taking more than one class. The students completed 72 percent of their classes with a grade of C or better.

These results demonstrate that Hayward students “will excel when given the opportunity,” said Superintendent Stanley Dobbs.

Wu-Fernandez said students who don’t pass a class are encouraged to try again the following year. Just taking the course helps them realize that college work is “much easier than they thought,” she said.

Students who took Early Childhood Development 56 this past fall semester at Ochoa Middle School said they signed up for the course to find out what college was like. Many of them are part of The Puente Project, a UC Berkeley program that focuses on helping educationally underrepresented high school students go to college. The Hayward program is a pilot to see if the project should expand to include middle school students. 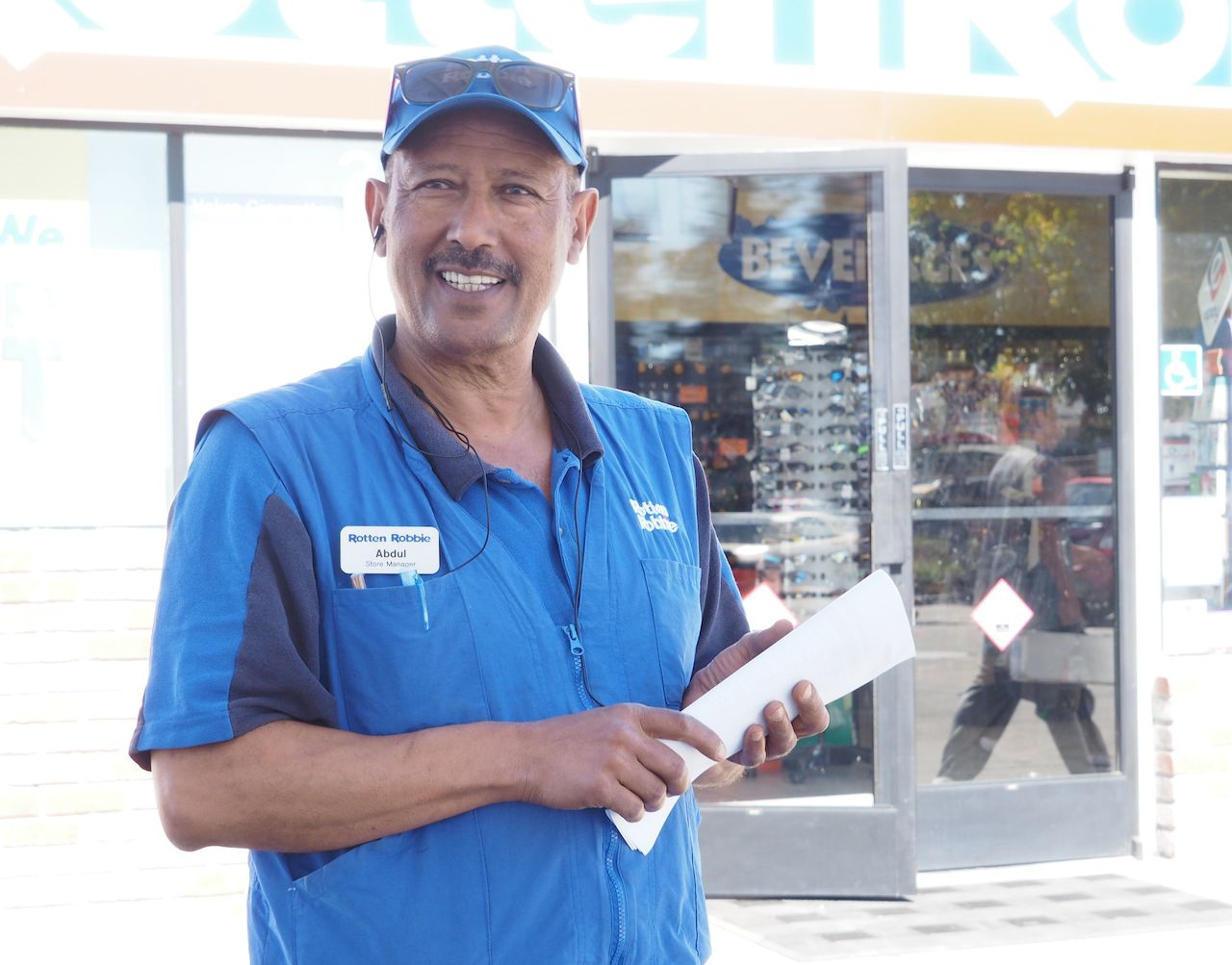 The college course met for two hours every Tuesday and Thursday. During one class session with instructor Nidia Sanchez-Rico, students took turns reading aloud sections of the college textbook that were projected onto a screen – with some students tripping over words such as productivity, incompetence and psychosocial. Others read the material flawlessly.

Each week, Sanchez-Rico chose 20 words from the assigned chapter for the students to define and use in sentences to help them with the reading material, something she did not require of her college students.

“I provide more support for them,” Sanchez-Rico said of her middle school students.

After reading sections of the book, students discussed the content in small groups and later with the whole class. That day, the focus was on middle childhood – the age of the students. They talked about their own families and home environments.

At the start of the course, students were shy, Sanchez-Rico said. “But now they are talking and participating. They have confidence.” 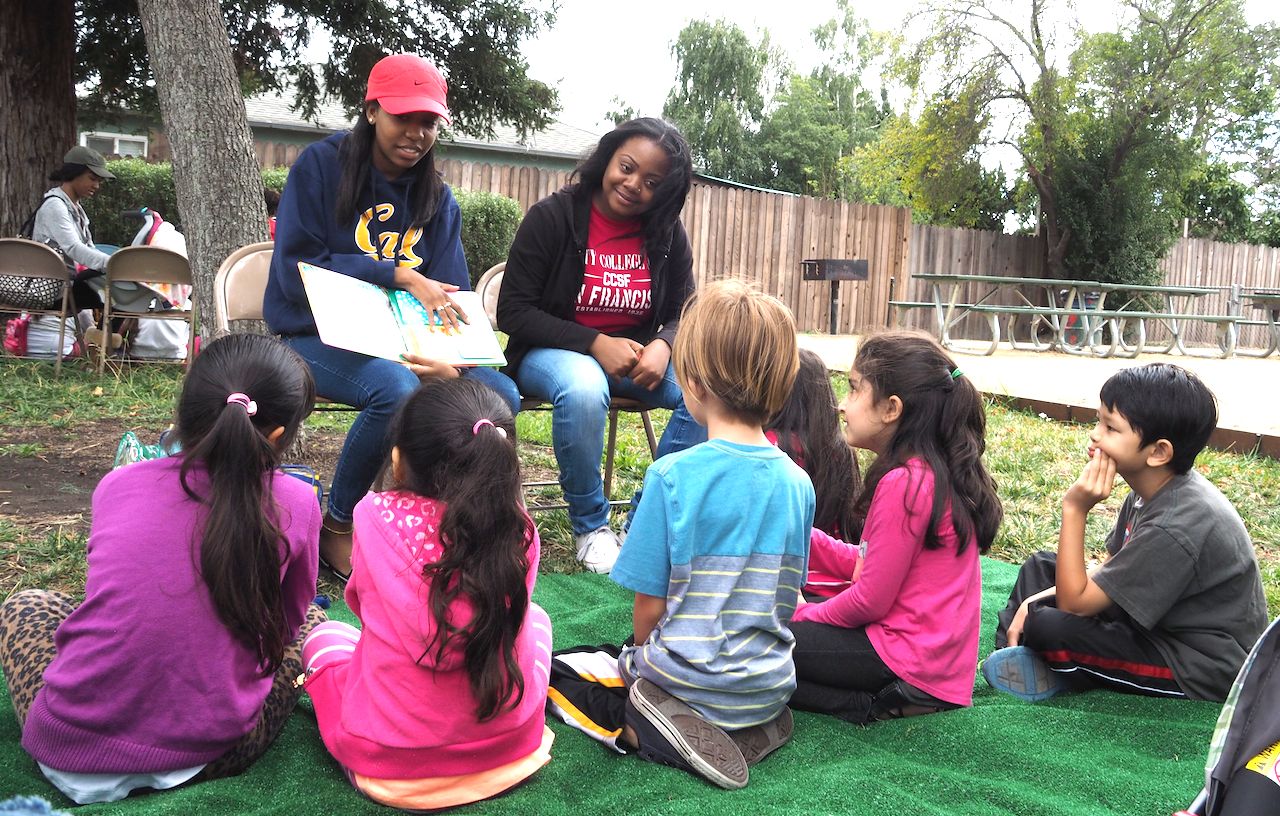 The students were given a study guide before each test, the same guide given to her college students, she said. Her exams have easy, medium and tough questions, but she did not include the tough questions for the middle school students.

Her Hayward students, mostly 7th-graders, expressed enthusiasm for the course.

Michelle Cruz, dressed in a bright pink jacket, said she “learned lots of different things, such as the changes inside your body when you are pregnant and that the man affects the sex of the baby.”

The students had to write a paper on nature and nurture and a pamphlet encouraging mothers to breastfeed.

Although some of the students admitted that they did not do all the reading, Edith Perez kept up with the course.

“You have to read the book if you want a good grade,” she said. When she was working on the pamphlet encouraging mothers to breastfeed, her father expressed concerns about her being too young to learn such things, she said. But she convinced him she was ready.

Her father, Jaime Perez-Gonzalez, who began working in the fields when he was 5, told his daughter he was proud of her for doing well in a college class. Edith earned a B.

Now the owner of a window washing company, Perez said he and his wife are pleased with the program, which is helping Edith know what to expect from college.

“We’re 100 percent behind her,” he said. “She is my little baby and has surprised me. She is so focused.”

See a video about a business class the students are taking at Winton Middle School in Hayward.