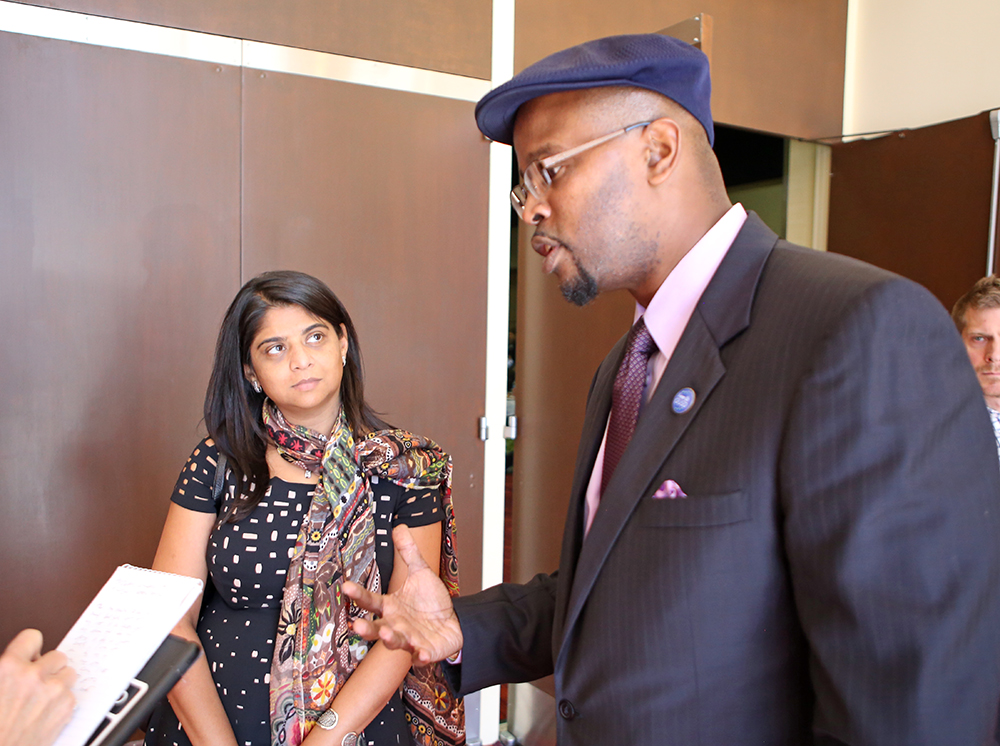 One way he gets support is through Chiefs for Change, a nonprofit committed to providing a professional network for leaders like Wilson. Chiefs for Change allows members to share their experiences and expertise, while also grooming the next generation of diverse superintendents. 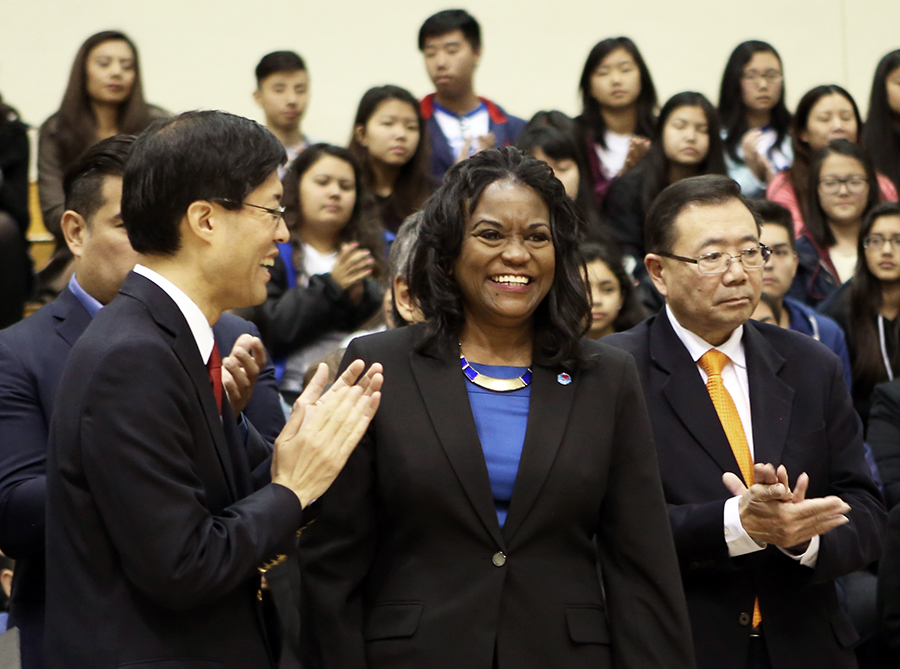 “The superintendents serving our students should be as diverse demographically and in terms of experiences and thought as the students for whom we are responsible for providing a meaningful education,” said Wilson. He is the only California educator among nearly two dozen leaders from around the country who are learning from each other and working to attract new leaders of color through a “Future Chiefs” mentoring program.

“This will broaden our strategies, it’ll diversify our practices, and it’ll be a better reflection of the potential of educators across the educational landscape,” he said.

Kunjan Narechania, chief operating officer for the Louisiana Department of Education, is one of the up-and-coming school leaders identified as potential “future chiefs.” Wilson invited Narechania to job-shadow him on Oct. 6. The day included meeting with parents and staff and participating in an EdSource Symposium discussion about social-emotional learning.

“The shadowing opportunity gave me a chance to get a clearer understanding of what superintendents do and how their work is structured,” said Narechania, who is considering becoming a superintendent in the future.

Chiefs for Change was formed in 2010 as a group pushing for school reforms, under the umbrella of the Foundation for Excellence in Education.  It reorganized as an independent nonprofit in 2015 with the goal of building a pipeline for future chiefs. It receives financial support from 11 nonprofits, many of which promote education reform.

The coalition provides informal support to superintendents helping them to withstand the pressures of a job that is widely recognized as one of the toughest in education, with high burnout and turnover rates.

“Turnover among state and district chiefs is incredibly high,” said Chiefs for Change CEO Mike Magee in an email. “District leaders average less than five years on the job, with urban superintendents averaging less than three years. If we are going to ask chiefs to be transformational leaders and expect them to sustain their tenures beyond the national average -– and if we are to expect their best policies and practices to spread beyond the boundaries of their own systems -– then these leaders need the robust support of each other and of Chiefs for Change.”

Since the 2014-15 school year began, more than 30 state-level superintendents have changed, he added.

“The superintendents serving our students should be as diverse demographically and in terms of experiences and thought as the students for whom we are responsible for providing a meaningful education” –  Antwan Wilson, Superintendent of Oakland Unified

Wilson, who became superintendent of Oakland Unified in April, 2015 after serving as the assistant superintendent for post-secondary readiness in Denver Public Schools for six years, agreed that superintendent turnover is “a difficult issue for most urban districts.”

Wilson said he approaches his work with a sense of urgency.

“My consistent focus has been on appreciating the opportunity I have to work on behalf of Oakland’s students and parents alongside talented educators within our city for as long as I have the opportunity,” he said. “I understand and recognize that I’m not guaranteed anything in this work and thus it’s important for me to lead in a way aligned to my values and with the urgency needed to make a positive impact on the lives of the children in our system.”

Narechania and the other “future chiefs” participating in the mentoring program worked in state or district school administration positions currently or previously. New chiefs are recommended by staff and approved by the current membership. The group also invites nominations of future chiefs on its website.

Magee said the program was established to identify “some of the most promising future leaders” and give them “real-world experiences that will make them savvy, strong leaders from the start.”

Narechania, who oversees school turnaround efforts in her state and manages the internal operations of the Recovery School District in New Orleans, said she enjoyed the opportunity to watch Wilson in action.

“Antwan was very clear about setting a vision for the district and I think he was very inclusive – reaching out to everybody to make decisions,” she said.

Magee said Wilson’s accomplishments as head of the Oakland district have helped to solidify his reputation as a courageous leader who works hard to prepare every student for college and careers.

“In almost two years at the helm of OUSD -– a complex, high-need district -– Superintendent Wilson has been busy focused on excellence and equity for all students,” Magee said.

He praised Wilson’s efforts to “alleviate the disproportionate suspension of black students and triple the number of low-income OUSD graduates who complete post-secondary education.”

Narechania said she was pleased to be part of the first group of eight future leaders that included six “people of color.”

“We in public schools are serving very diverse groups of students and I think it’s important for our leadership to reflect that diversity,” said Narechania, who is Indian-American.

The Chiefs for Change -– located throughout the country -– meet in person and speak with each other several times a year to discuss education issues such as the federal Every Student Succeeds Act, known as ESSA.

Wilson said he joined Chiefs for Change to further his own “continuous growth and learning.” He said he appreciates knowing that he has peers he can call on for help.

Wilson also received superintendent training through the Broad Academy, which offers two-year fellowships to urban school leaders interested in improving education, especially for low-income students and those of color as part of the nonprofit Broad Center for the Management of School Systems.

“Broad and Chiefs both provide access to a peer group interested in making significant progress for children being served in public education systems,” Wilson said.

Narechania said she hasn’t yet decided whether she will pursue a superintendent career. But the mentoring she is receiving from the Chiefs for Change is helping her to better understand what she would be getting herself into, if she does.

“I think running a district or state education department is very hard,” she said. “I think there is a lot of learning that would happen on the job. It’s helpful to see different people in that role and how they approach the work. It helps me to envision how I would approach these same problems.”