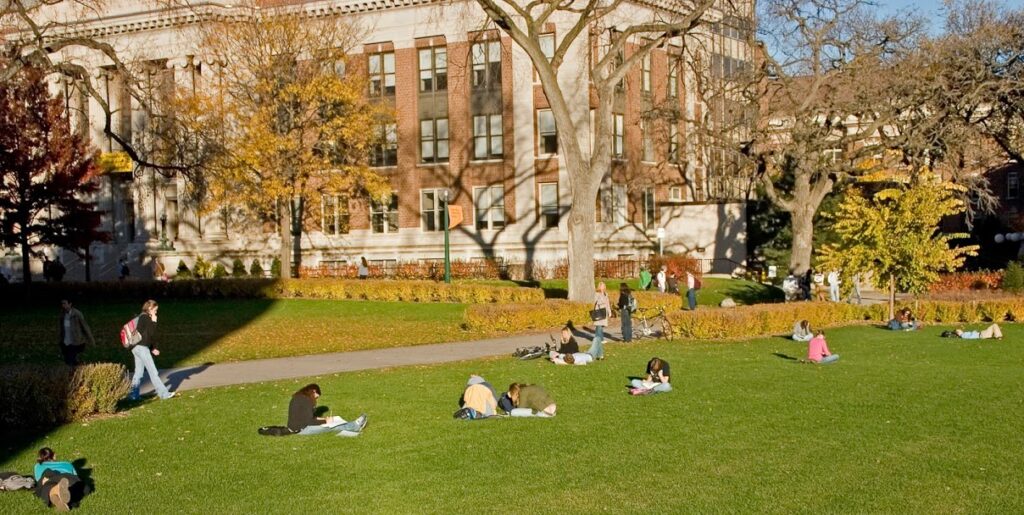 For California families worried about the cost of college and how much debt their children should take on, a new report offers some good news.

Graduates of California colleges and universities finish school with some of the lowest average debt loads in the nation, according to the study by the Oakland-based Institute for College Access & Success. The state’s generous financial aid and the relatively low costs at the California State University system are the main causes, researchers said.

On average, about 54 percent of students who started at a four-year California college and graduated in 2015 had incurred debt; the average loan total was $22,191 for those who borrowed. Only Utah ($18,873) and New Mexico ($20,193) had lower statewide totals.

California’s statistics contrast with national averages, which showed that 68 percent of the 2015 graduates incurred education debt, and their average amount was $30,100.

“I think California compares quite favorably with other states,” Debbie Cochrane, vice president of the institute and report co-author, told EdSource. The state average, she added, “looks pretty manageable” for students to repay over time.

The relatively low tuition and fees at the 23-campus Cal State system — about $6,800 a year, excluding room and board — help to keep the state near the bottom of the debt list, she said. Tuition and fees at UC’s nine undergraduate campuses, about $13,550 a year, are high for a public school, but UC provides significant student aid, she added. Also, the state Cal Grants pay large portions of students’ costs and have risen along with tuition hikes, a benefit that could be a national model, Cochrane said.

“I think California compares quite favorably with other states,” Debbie Cochrane, vice president of the Institute for College Access & Success.

Another factor contributing to the state’s low rate is that California has a large share of its graduates coming from public institutions, 78 percent versus 69 percent nationally, with the rest at higher-priced private colleges.

New Hampshire had the highest average debt total, $36,101, and the next four states — Pennsylvania, Connecticut, Delaware and Rhode Island — all were above $32,000.

The report examined voluntarily reported figures for public and not-for-profit private schools and did not include for-profit colleges because too few released statistics. In addition, the report did not include students who started at community colleges and transferred to a four-year-school; if those transfer students were included, California would still score favorably because its community colleges charge low tuition (about $1,100 annually), and they are generous with aid.

The study’s figures for individual campuses showed wide variety depending on tuition level, the ability of schools to provide aid and student income levels, among other factors. For example, in California, 42 percent of Cal State Long Beach 2015 graduates incurred debt and the average amount was $16,077; San Jose State, 46 percent, $18,513; UC Davis, 56 percent, $19,588; and UCLA 46 percent, $21,596. Among private universities, Santa Clara University reported 47 percent of graduates incurred debt, with an average amount of $27,407; and Pepperdine University, 57 percent, $34,820.