With concern that a proposed accountability plan won’t go far enough to measure school progress, a split Assembly Education Committee last week approved a bill that appears different from a plan the State Board of Education is creating.

If it continues to move forward, Assembly Bill 2548 could provide leverage for its author, Assemblywoman Shirley Weber, D-San Diego, and dozens of nonprofit advocacy groups pushing for the bill to include more measurements of student and school performance, including a measure of school climate, than the state board and Gov. Jerry Brown may favor.

What the state board wants will become clearer in two weeks, when it considers statewide metrics that will be used to determine which school districts and schools need technical support and more intense intervention under both state law, the Local Control Funding Formula, and federal law, the newly passed Every Student Succeeds Act. The federal law, passed in December, is the successor to the No Child Left Behind Act.

Because the state board won’t adopt the state piece of the system until September, and federal regulations elaborating on the federal law haven’t been adopted, Education Committee Chairman Patrick O’Donnell, D-Long Beach, called AB 2548 “premature” at the hearing on the bill (start at 2:18). O’Donnell said he was concerned that the Legislature be out in front of the work of the board and the federal government. In a letter to Weber, the California Teachers Association similarly stated that the bill “would impede the current process prior to the process (of creating regulations for an accountability system) being completed.” The current law should be implemented as is, the letter said. The CTA is the only organization formally opposing the bill.

The bill passed 5-0, with O’Donnell, a former teacher, and Tony Thurmond, D-Richmond, not voting.

Weber said the bill is well-timed to make the Legislature’s voice known and then to be part of discussions moving forward. If the Legislature doesn’t weigh in, then months from now it could be handed something it doesn’t like, and “we will be told it is too late, it already had been done,” she said.

The Legislature roughed out an accountability system in 2013 in the Local Control Funding Formula when it listed eight priority areas that districts must address, including academic achievement, school climate, parent engagement, access to courses and implementation of academic standards, along with 23 metrics to measure progress. But it also turned over to the state board the job, through regulations, of setting improvement targets and spelling out how to identify and guide low-performing districts. 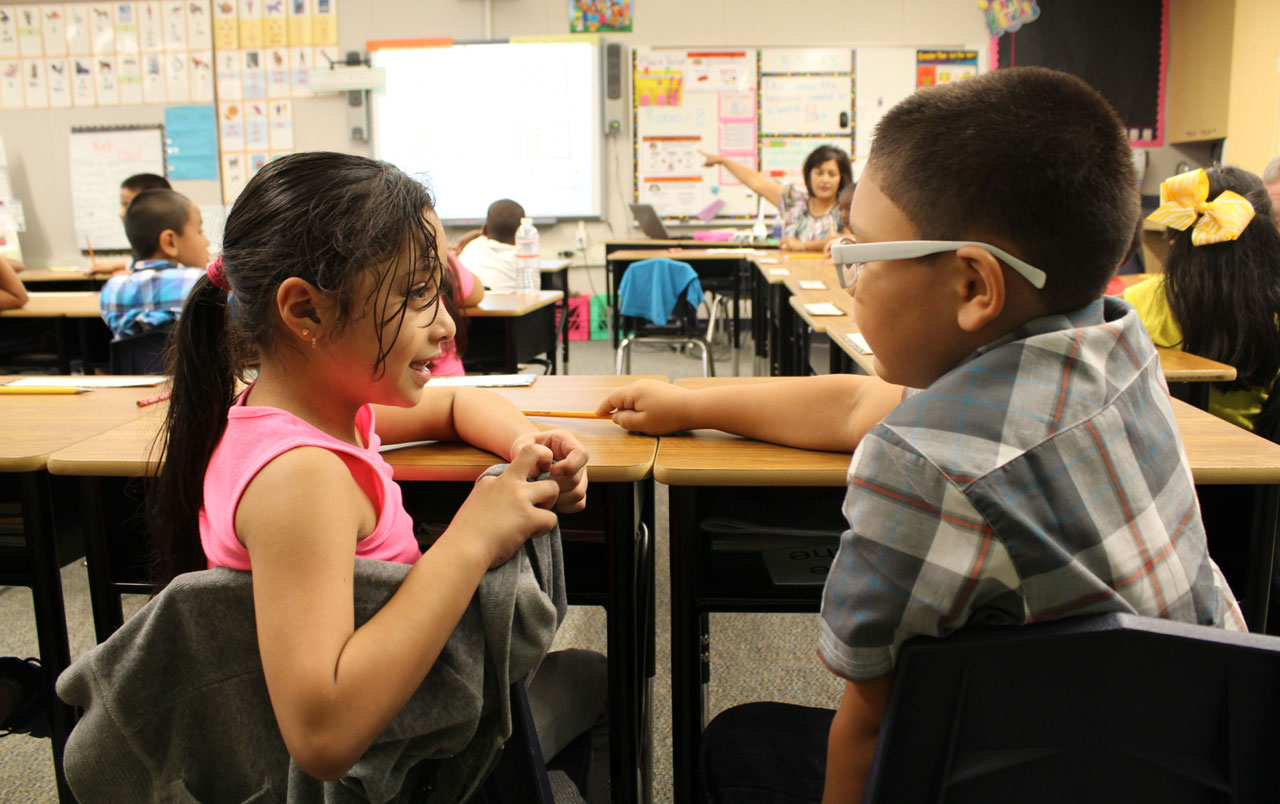 The board was well into its work when Congress passed the new federal law, requiring states to identify and order improvements to the lowest-performing 5 percent of schools and schools with a high school graduation rate under 66 percent, starting in 2017-18. The law identified a handful of metrics that states must use for schools and student subgroups within schools and districts where there are achievement gaps. The measurements include proficiency in math and English language arts, high school graduation rates, proficiency of English language learners, and two more factors, including a non-test metric, of a state’s choice.

The state board is confident it can blend the requirements of federal and state law into one system. That would be welcome progress, since, under No Child Left Behind, conflicting federal and state accountability systems caused confusion and resentment, with some schools labeled failing by Washington and high-achieving by the state.

SB 2548 and the state board’s vision for school accountability, as expressed in staff documents over the past year, are largely in sync.

One system: Accountability under the Local Control Funding Formula focuses on districts, while the Every Student Succeeds Act applies to schools. The bill and the state board would create a unified system with performance measures applying to schools and districts, as well as to student subgroups: special education students, low-income students, English learners and racial and ethnic groups.

Transparency: The bill would require what the board has contracted with the research and development agency WestEd to do: create an electronic reporting system that will enable parents and the public to easily compare performance data across the state. The board has made clear its intention to create a “dashboard” of metrics instead of boiling down a school’s or district’s performance into a single number, like the three-digit Academic Performance Index, which the board has suspended. The bill doesn’t address the API.

Key metrics: The bill and the state board would narrow the list of 23 performance metrics laid out in the Local Control Funding Formula to a handful of metrics that will determine which chronically low-performing schools and districts require intervention. Some of the metrics would be what Congress requires under the Every Student Succeeds Act. Next month, the board is expected to decide whether to add student suspension rates, growth in test scores and some indicator of college and career readiness.

At the board’s last meeting, in March, many of the 70 advocacy groups for parents and low-income students that support the bill urged the board to add more measures: chronic absenteeism and some measure of school climate, such as the results of statewide surveys of parents, teachers and students. Some board members expressed a willingness to consider including them in the future when there is reliable statewide data available. But without a firm commitment, the groups turned to Weber and AB 2548. The bill also would add test results in science.

A staff analysis for the Education Committee criticized the bill, saying it “preempts an ongoing process” and “imposes a new accountability system” before a task force assembled by State Superintendent of Public Instruction Tom Torlakson finishes its work and reports to the state board.

But Weber denied that, saying the bill’s sponsors would be open to amending the bill as the state board moved forward in coming months. Samantha Tran, senior managing director for education policy at Children Now, reiterated at the hearing that the state board’s decisions would define school accountability for the next decade, and it’s “important for the Legislature to engage now as it’s being developed.” Children Now, together with the advocacy group Education Trust-West, helped write the bill.

The state board hasn’t taken a position on the bill, but Brown, who appoints members of the state board, has warned the Legislature not to tamper with accountability features of the Local Control Funding Formula, which he championed, or to require the state to collect more data than it currently compiles.