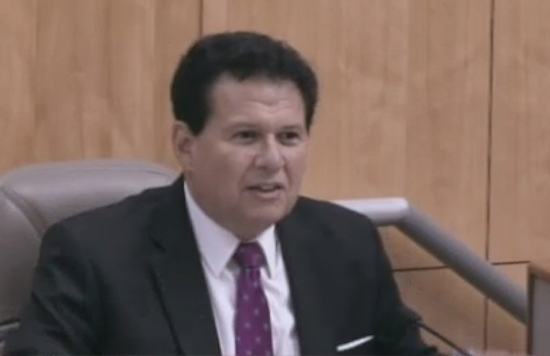 The latest legislative effort to extend the probationary period for teachers faltered Wednesday in the Senate Education Committee when the bill’s author failed to find the votes to move the bill forward.

Assemblywoman Susan Bonilla, D-Concord, the author of Assembly Bill 934, had hoped to navigate a narrow middle way amid opposition from teachers unions, who called the bill an attack on teachers’ due-process rights, and education groups that called the latest version of the bill a retreat from a comprehensive approach to reform.

Only two of nine senators on the committee supported the bill, with five senators opposed and two not voting,* which likely will mean it’s dead. But committee Chairwoman Carol Liu, D-La Cañada-Flintridge, one of the bill’s two supporters, granted reconsideration, giving Bonilla the opportunity to amend the bill during the recess in July to win over converts on the committee. The Senate Rules Committee would have to grant a waiver for reconsideration – by no means automatic. 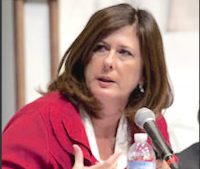 AB 934 was the last bill standing this year to overturn teacher protection laws that were the subject of the lawsuit Vergara v. the State of California and the California Teachers Association, which is still winding it way through state courts.

Wednesday was the final day for the Senate committee to take up education bills from the Assembly. It passed Assembly Bill 2548, by Assemblywoman Shirley Weber, D-San Diego, which will give the Legislature a say in molding the new school accountability and improvement system that the State Board of Education is designing.

And, by a narrow vote, it approved AB 1084, another bill by Bonilla, which would ban for-profit online charter schools and those nonprofit online charters that are operated and supplied by a for-profit parent. The primary target is the California Virtual Charters or CAVA, which is run by the national company K12, Inc. At the request of State Superintendent of Public Instruction Tom Torlakson, the office of State Controller Betty Yee will do a comprehensive financial audit of CAVA (see previous story for background).

California is one of a half-dozen states that grant due-process protections, known as tenure, to new teachers after two years or less on the job. Bonilla’s bill would have extended probation, during which teachers can be dismissed without having to cite a cause, to a third year.

In testimony, Fremont Unified Superintendent Jim Morris said teachers who might have proven to be excellent, given another year of probation and coaching that the bill would require, aren’t given the benefit of the doubt under a two-year system and are let go.

Donna Artukovic, representing the California State PTA, said that many teachers, after the “shock” of the first year, “tentatively find their footing in the second year.” It’s only in the third year that it becomes clear whether teaching will work – or not.

But Jeff Freitas, secretary treasurer of the California Federation of Teachers, called the bill “a direct assault” on teachers that will “deter prospective teachers from entering the classroom.”

“Fewer due-process rights will not improve education,” he said.

Senators cited a range of reasons for voting no. Sen. Bob Huff, R-San Dimas, who had sponsored a similar bill in the past year, said he was struggling with changes from earlier versions. Another Republican, Andy Vidak of Hanford, said he had only now seen the most recent wording and doubted it could be improved in time this summer.

But Sen. Marty Block, D-San Diego, said that the opposition from both ends of the political spectrum – unionized teachers as well as supporters of the plaintiffs in the Vegara lawsuit – showed a need for more buy-in by teachers and parents.

Bonilla, however, said that she turned to administrators groups for amendments after the teachers unions declined to work with her. Moving the bill forward, she said, would be the only way to force further negotiations this year. Otherwise, another year would be lost, she said.

“It is frustrating when two opposing sides are not only unwilling to compromise, but are vehemently reluctant to work together to achieve the mutual goal of providing a high quality education for all California students,” she said in a statement.