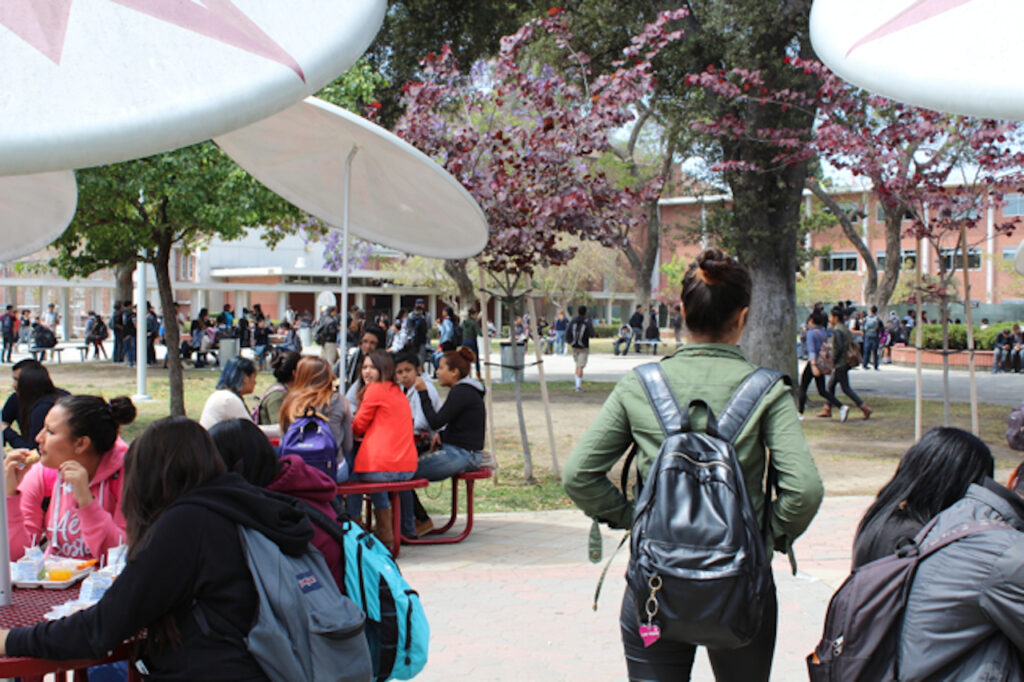 Nick Melvoin and Steve Zimmer have so much in common they could be brothers. Both are progressive Democrats, Jewish, adjunct college professors and former public school educators from Teach For America. They also live in the same westside school district of Los Angeles Unified, and that’s where differences begin to emerge.

Zimmer has been a member of the L.A. Unified school board since 2009, its president for nearly a year. He faces re-election to the board next year, and Melvoin has filed to challenge him. Each has considered the other a friend – although now, not so much.

School board races in Los Angeles have taken on outsized profiles in recent years, not for any Republican vs. Democrat division as much as the issue of charter schools. Typically, board candidates are viewed through the prism of pro- or anti-charter growth, which carries an implicit though not entirely accurate sentiment that they are pro- or anti-teachers union.

As the largest school district in California, L.A. Unified often sets policies that are replicated elsewhere. As an example, its open-arms approach toward charter schools, which now number more than 230, the most of any district in the country, has been the biggest boon to the state’s robust charter movement. While neither Melvoin nor Zimmer is regarded as an absolute hardliner with regard to charters and unions, Melvoin, more than Zimmer, would appeal to pro-charter voters; Zimmer, more than Melvoin, by voters supportive of the L.A. teachers union, United Teachers Los Angeles.

Each of the seven board members represents a separate geographical area within a district spread over 720 square miles; separate elections are held for each seat.

The Zimmer-Melvoin race is one of three races in 2017, and because city officials want to eliminate odd-year elections, they are running for a one-time 5½-year term to align the next election with city and statewide races in 2022. In another race, Mónica García, a former board president who calls her board district “the cradle of reform,” is facing a challenge for her east Los Angeles seat from an anti-charter parent, Carl Petersen, who is moving his family into her district after he finished fifth among six candidates for a different board seat last year.

In the third race, for the board’s east San Fernando Valley seat, Mónica Ratliff, one of the board’s more neutral members who was first elected three years ago, has filed to run for an open city council seat next year. While the primary is March 7, and 14 others are running, she intends to serve out her school board term through June 2017. She is not required to resign from the school board to run for City Council, but she cannot seek both offices simultaneously.

So far, no one has filed to succeed her on the board.

Melvoin, who is 30, appears to face long odds against Zimmer, 45, but not because it’s so daunting for a challenger to win – two incumbents were ousted last year, Tamar Galatzan by Scott Schmerelson and Bennett Kayser by Ref Rodriguez. For Melvoin, it’s more because of his ideas, which would capsize some of the school district’s long-standing policies.

While not calling for an actual dissolution of L.A. Unified into smaller jurisdictions or for widespread charter school expansion, he advocates more aggressive steps toward decentralization beyond sending dollars through the Local Control Funding Formula to schools with greater numbers of English learners and kids from poverty.

Melvoin, an organizer for Teach Plus, a national organization that works to enhance the skills of those teaching high-needs students, would eliminate the cookie-cutter approach of district authority to give each school “charter-like flexibility” through autonomy over such things as instructional calendars, budgets and decisions on hiring and firing. He also wants to give parents an open-ended choice of schools, no matter where they are in L.A. Unified.

“He wants to fit everything into the four corners of LAUSD,” Melvoin said of Zimmer, whose broad philosophy of governance is to support policies that emanate from LAUSD and uniformly apply them to all of the district’s 643,000 students. “I don’t have adherence to the district just because it’s ‘the district.’ My commitment is to excellent schools no matter who created them; currently a number of those are traditional LAUSD schools, but many are charters and pilots and teacher-led schools, and those should be celebrated as well.”

Melvoin is especially energized by the idea of giving parents more options for schools, to the point where he has investigated the daunting transportation challenges facing parents who prefer a school well beyond their neighborhood.

One idea he cited is to expand partnerships with HopSkipDrive, an Uber-like car service for kids. As another, he mentioned a program in which Paul Revere Middle School, a district-affiliated charter, has arranged for some of its students to use empty seats on school buses transporting children to and from The Brentwood School, a nearby K-12 private school.

While supportive of replicating best practices within the district and even a degree of decentralization, Zimmer has always taken a more holistic approach to governance, fiercely opposing any initiative that would benefit some students at the expense of others. He was a leading critic of the original Broad Foundation plan to double the number of charter schools in the district, calling it a “some kids strategy” to improving academic performance. That proposal has since shifted its focus, with its leaders now saying the goal is to improve the quality of education no matter what kind of district school is providing it.

Either way, Zimmer has not been a unilateral opponent of charters in the district. If they demonstrate academic improvement and sound management, he does not oppose them. 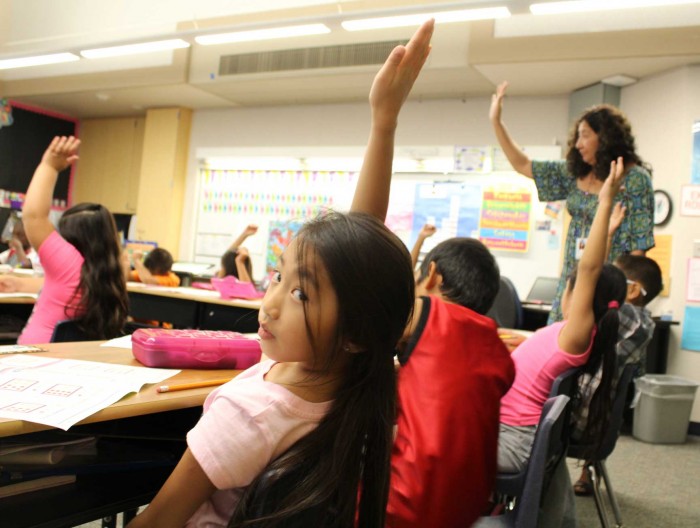 On the other hand, he has been a strong voice on the board for teachers, opposing, for example, the Vergara lawsuit, which sought to rewrite state laws governing teacher tenure, dismissal and seniority. The student plaintiffs won at trial last year; an appeals court last week overturned the ruling in favor of the defendants — the state and its two biggest teachers unions, the California Federation of Teachers and the California Teachers Association.

Melvoin dismissed any notion he is opposed to the L.A. teachers union. He was a member when his teaching career began at Markham Middle School. He did, however, testify for the plaintiffs in the Vergara lawsuit, asserting that older teachers at his LA Unified middle school were retained at the expense of more effective younger teachers during periods of budget cutbacks.

Whether the race comes down to the usual proxy war between the teachers unions and the California Charter Schools Association, whose political action committees combined to spend an average of $5 million to support and oppose various candidates in each of the last three board election years, remains to be seen.

For his part, Zimmer envisions no change to his approach to district governance, which helped him win a second term in 2013.

In an email, he said, “I plan to vigorously defend the work that has been done collaboratively to bring our schools through the worst budget crisis since the Depression while implementing progressive, system-changing reforms that will improve public education for all students in Los Angeles, most especially those who rely on our public schools to fulfill the American Dream.”