Schools will begin to track students from military families 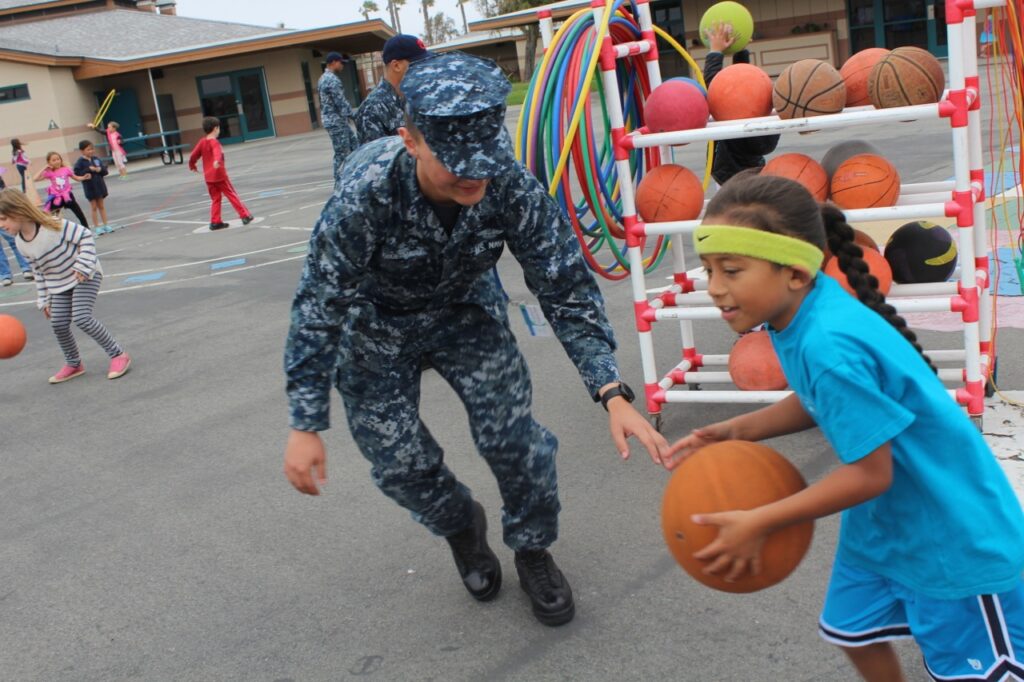 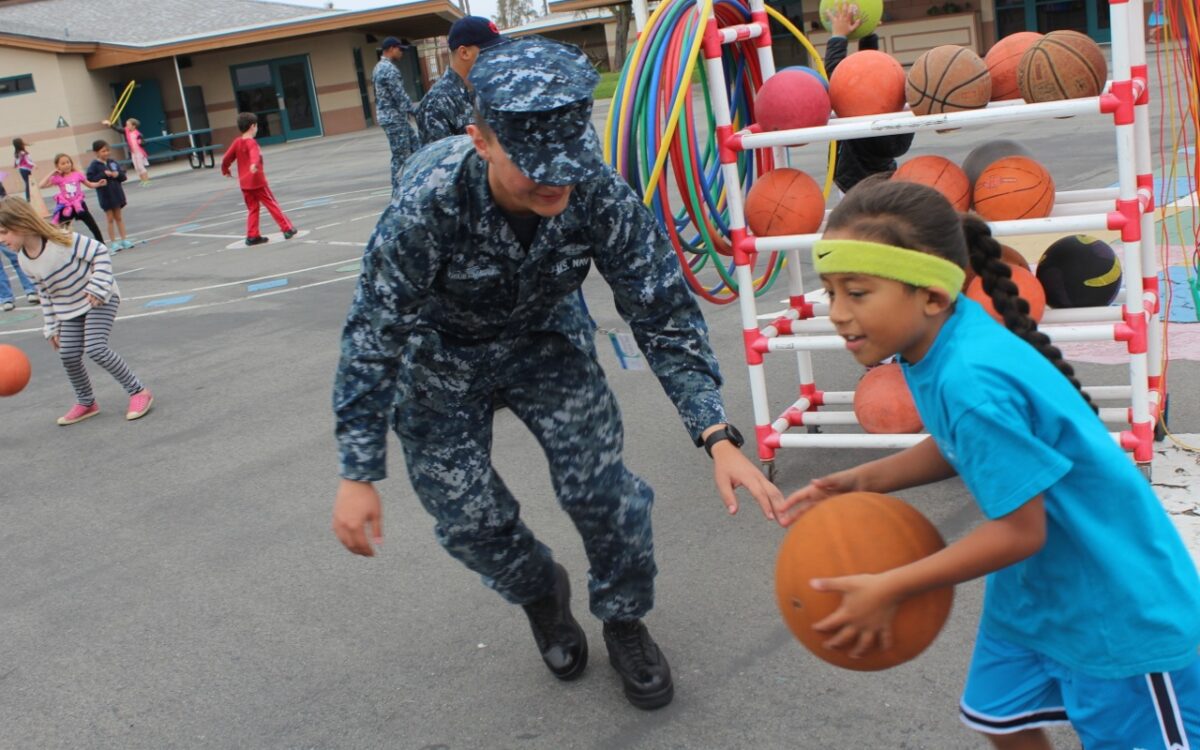 Credit: Jane Meredith Adams/EdSource
A Navy sailor plays basketball with a student at Silver Strand Elementary School as part of a school-military partnership.

Credit: Jane Meredith Adams/EdSource
A Navy sailor plays basketball with a student at Silver Strand Elementary School as part of a school-military partnership.

Schools across the country are preparing to formally track students from military families, monitoring their academic progress as they move from military base to military base and state to state, under a new provision in the federal education law.

The change comes in response to concerns raised by the Department of Defense that the children of active-duty members of the Army, Navy, Coast Guard, Air Force and Marines have academic and emotional needs that schools often are ill-equipped to meet.

She had a rough start when she arrived last fall from a U.S. Navy base in Ghana where her father was stationed. Veterans Elementary is Victoria’s fifth school in five years and in the beginning, the adjustment was tough.

“You have to adjust, but it’s really hard to adjust,” Victoria said, referring to fallout of frequent moves. “You miss your old friends.”

Moving is what military children do — an average of six to nine times before high school graduation, according to the Department of Defense — but repeating the social and academic upheaval doesn’t necessarily make it easier to be the eternally new student. Having a parent away on military duty for months at a time is a major stress on the family. Research has found that military children who have a parent deployed are more frequently diagnosed with acute stress, depression and behavior problems than other children and that these mental health issues can affect a child’s ability to learn.

California is home to the largest number of active duty military in the country, according to the Council of State Governments. Half of the state’s 60,000 military-connected students live in San Diego County, according to Kelly Frisch, regional school liaison officer for Navy Region Southwest.

But even here, school districts don’t always know which students are from military families or how to address the academic gaps and anxiety they are more likely to have — particularly in “outlier districts where there isn’t a concentration of military-connected children,” said Kate Wren Gavlak, chair of the Military Interstate Children’s Compact Commission, a national organization run by the Council of State Governments.

Under the Every Student Succeeds Act — the new federal education law passed in December that takes effect in the 2017-18 school year — school-age children in military families will be assigned an identification number known as a “military student identifier” that will allow schools to keep tabs on test scores, graduation rates and other metrics. Implementation details have yet to be announced by the U.S. Department of Education.

The mental health risks for these students can be serious. A 2015 study co-authored by Ron Avi Astor, a professor at the University of Southern California, found that California students in military families were more likely to have attempted suicide than students from civilian families, based on the California Healthy Kids Survey given to 390,000 high school students in 2012 and 2013. Of students from military families, nearly 12 percent answered “yes” when asked if they had attempted suicide in the past 12 months, compared to 7 percent of students with civilian parents.

Among the recommended strategies are small changes, such as prominent displays of military family photographs, and more complex endeavors, such as creating a Welcome Center to smooth registration for newly arrived military-dependent students.  At Veterans Elementary, a mobile app called WelConnect developed by the Welcoming Practices consortium, helps military families connect to programs and after-school activities run by their school district, the community and the U.S. military.

While the districts in the consortium are ramping up, Silver Strand Elementary School in the Coronado Unified School District has spent more than a decade building a comprehensive support system. The school abuts streets of tidy red-roofed Navy housing and 80 percent of students are from military families, said Amiee Gillig, school liaison officer for Naval Base Coronado.

“Most of them, through no fault of their own, come to us behind in academic performance and with gaps in their learning,” said Bill Cass, principal of Silver Strand Elementary.

Funded by $6.5 million in federal grants over 10 years, the school has hired eight part-time specialists to work intensively with small groups of students on math, reading and writing in every grade. There also is a full-time military family life counselor, paid for by the Navy, who knows the students and their families and is available 8 a.m. to 8 p.m.

“We want students to feel, first and foremost, welcome and secure,” Cass said.

As part of its program, Veterans Elementary recently hosted its first ever “Military Families Dinner” in a room festooned with red, white and blue balloons. Victoria and her mother attended.

Joyce Ayekof said her daughter’s initial struggles have eased, and Victoria said she feels more comfortable, recalling the day her new classmates made a point of welcoming her in the cafeteria.

“I went to sit down at lunch,” she said, “and all the girls followed me.”