Teachers gearing up for new approach to science 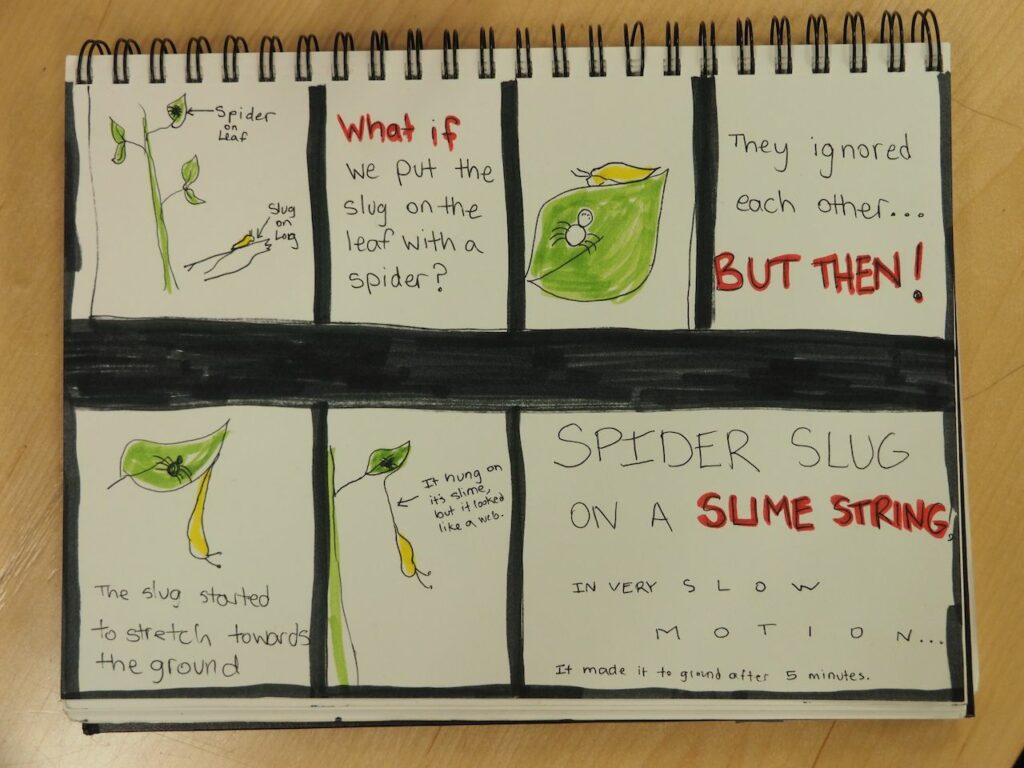 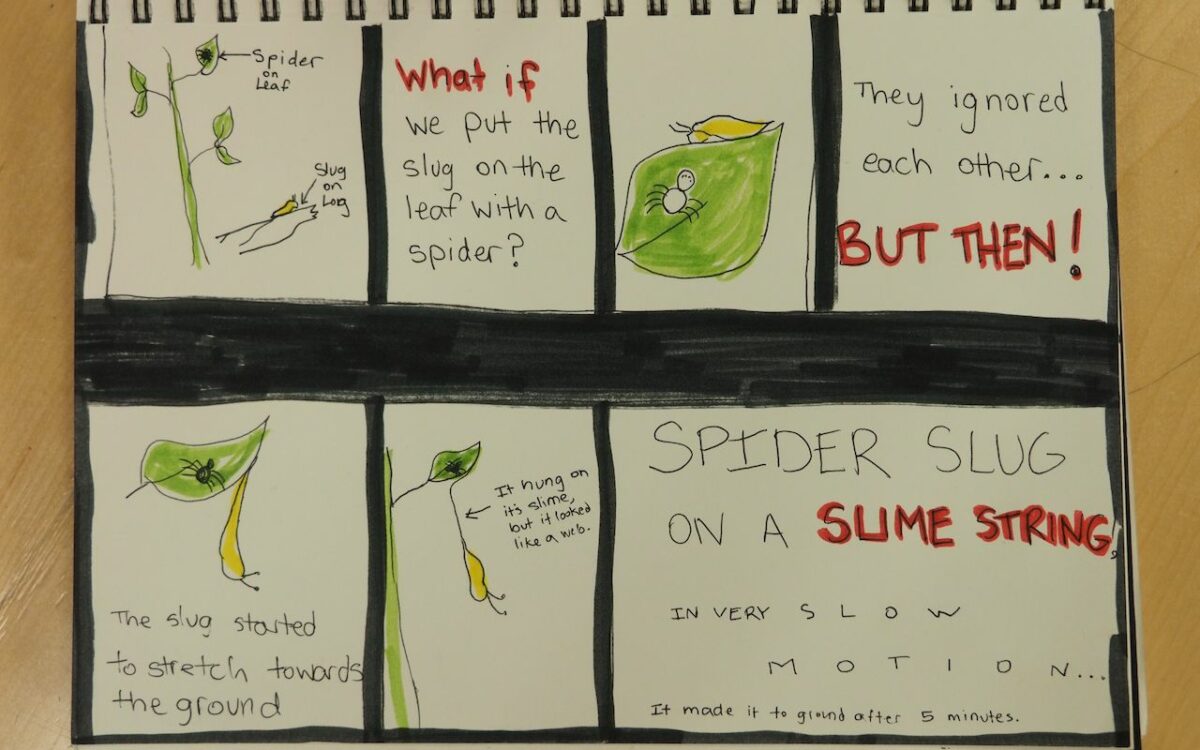 A group of teachers recently spent a summer morning observing a slug dangling from its slime and pill bugs rolling up into defensive balls as part of a training session on how to teach science to California’s youngest students.

The teachers were engaged in an “open-inquiry,” or student-driven, experiment appropriate for pre-K-2 students at a three-day workshop at the California Academy of Sciences in San Francisco. Under the Next Generation Science Standards, which have been adopted by California, teachers will soon be expected to offer even the youngest students a chance to pose their own questions and develop their own experiments to find the answers.

Although the full rollout of the K-12 standards, including tests for students in grades 3 and higher, is not likely to happen before 2019, educators across the state have been attending dozens of workshops this year on how to implement them.

Twenty-six states, including California, have been involved in developing the Next Generation Science Standards to replace the national science standards created 15 years ago. The new standards are similar to the Common Core State Standards in English and math, which support hands-on, experiential learning as the best way to help students fully understand concepts and learn to think critically.

The science standards focus on three areas: the content, or ideas and facts; big concepts that cut across different scientific and engineering disciplines, such as patterns or energy and matter; and scientific and engineering practices. The old standards primarily emphasized content. Many of the workshops – such as the one the early educators were taking at the academy – zero in on practices, where teachers often feel lacking in experience.

“There is a hunger for this kind of support for lower elementary in particular,” said Sarah Soule, senior manager of teacher professional development at the academy. “The upper grades get a lot more attention. I think the NGSS is making this need more visible.”

Under the old standards, teachers in the early grades often developed and implemented hands-on projects, such as having children plant seeds and watch them grow. The new standards trust children to seek and find answers themselves, with support from their teachers.

“I was used to a lot of structure and feeding the answers,” said San Francisco Unified teacher Ronald Chang. “I learned to not focus on the conclusion but on the process.”

Ronald Chang, who teaches pre-kindergarten students as a teacher on special assignment for San Francisco Unified, said the workshop showed him the importance of standing back and letting his young students explore.

“I was used to a lot of structure and feeding the answers,” he said. “I learned to not focus on the conclusion but on the process.”

At the three-day workshop, participants discussed the range of approaches to inquiry but focused primarily on open inquiry, which can be the most challenging to implement. Because students have the power to choose what they want to find out, open inquiry gives them confidence that they can do science and that their opinions are as valuable as their teacher’s.

With open inquiry, young students are encouraged to “notice” by observing something for several minutes. This generally makes them “wonder” – come up with questions they want answered. The next step is for them to develop an idea for an experiment: What would happen if…? Children are then asked to make predictions – comparing results to predictions helps them think critically about their ideas. Then they are ready to try their experiment. Finally, they share the results.

“I wish I had taken this course about 20 years ago,” said Linda Chandler, a former biology and chemistry teacher in the upper grades who attended the workshop because she plans to find a job teaching early education. “Even in college, you just talk about inquiry and do mostly cookbook experiments. No one ever actually taught you how to teach inquiry.”

The last morning of the workshop the teachers experienced the process as they searched for invertebrates – better known as bugs and slugs – in Golden Gate Park, where the academy is located, to devise and test their questions in an open inquiry experiment.

During the experiment, there were a number of checkpoints, said Cathleen Thorwaldson, a 1st-grade teacher at Ponderosa Elementary in Santa Clara Unified. For example, after the teachers found their bugs and came up with a question, academy staff would make sure the question was a sensible one, she said.

Teachers need to explain what the guidelines are for a testable question and ask students questions – such as “How do you know the data will help you find the answer?” – so the young children can have a successful inquiry, she said.

“We’re not telling students what to do, but we’re showing them how to do it,” Soule said.

The more traditional approach, where teachers design the experiments, is also useful, she said, to help students learn how to analyze data, set up a question and learn what a testable question looks like. But then teachers need to step back and let students apply those skills, she said.

“A lot of teaching is stuck at the teacher-driven level,” said Sarah Soule, senior manager for teacher development at the California Academy of Sciences.

“All levels of inquiry are valuable for different reasons,” Soule said. “They are tools for achieving different learning outcomes, and teachers should be intentional about which tool they choose based on what they are trying to accomplish.”

“But a lot of teaching is stuck at the teacher-driven level,” she said.

After determining their question, the teachers then observed the reactions of the pill bugs, slugs and spiders they had found.

Back inside the academy, the teachers drew a comic strip describing what had happened – a non-intimidating way to show what they had learned.

“Comic strips are a good way to do sequencing,” Soule said. “You take away the stress of trying to make a pretty picture.”

Thorwaldson has agreed to be the staff member at her school who will explore the new standards and share with other teachers what she has learned. Her school has already fully implemented the Common Core standards.

The school currently relies on a science curriculum that is hands-on but more structured, Thorwaldson said. “My goal is to take what we have and make it more open-ended.”

Soule said adults tend to underestimate what children, especially in the early grades, can learn. The way science is sometimes taught, she said, makes kids think that science is about the right answer.

“Young children are natural scientists, exploring the world around them all the time,” Soule said. “They may not be ready for all the vocabulary like ‘controlled variables,’ but they can get the concept and the spirit of it.”