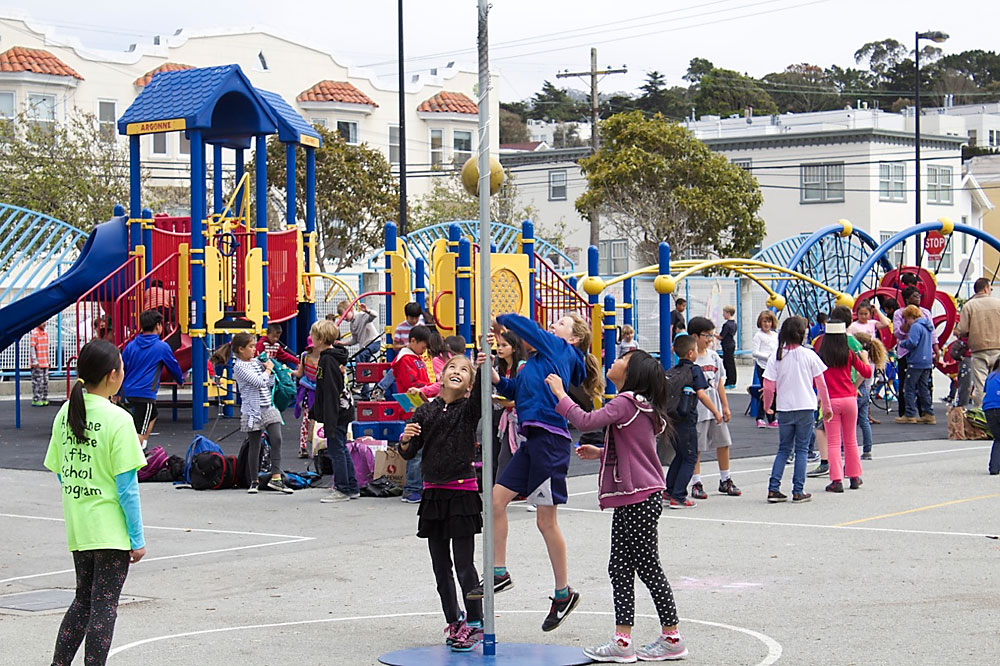 WHAT IS A TRANSGENDER TRANSITION?

DO SCHOOLS HAVE TO GET INVOLVED IN THIS?

WON’T THIS LEAD TO STUDENTS PRETENDING TO BE TRANSGENDER SO THEY CAN ENTER RESTROOMS?

WHAT IF STUDENTS FEEL UNCOMFORTABLE WITH A TRANSGENDER STUDENT IN THE RESTROOM?

DOES THE SCHOOL COMMUNITY HAVE THE RIGHT TO KNOW ABOUT A STUDENT’S GENDER TRANSITION?

WHAT CAN SCHOOLS SAY TO PARENTS WHO WANT TO KNOW THE DETAILS?

HOW DO SCHOOLS DEAL WITH A STUDENT’S NAME AND GENDER IN SCHOOL RECORDS?

As superintendent of Benicia Unified School District, Janice Adams found herself face to face with a first when a mother asked what Adams could do to support her kindergarten child, who was born a boy but identified as a girl.

“If your experience is anything like my own, you will be in unfamiliar — perhaps uncomfortable — territory,” Adams wrote to her fellow administrators in an introduction to a new 68-page report, “Schools in Transition: A Guide for Supporting Transgender Students in K-12 Schools,” released this week by five organizations, including the National Education Association. “It is important, however,” Adams continued, “that your own personal uncertainties do not interfere with your ability to do the right thing to protect the safety and well-being of these vulnerable children.”

That unexpected conversation happened eight years ago when Adams, who retired in June, was a rookie at navigating the privacy, safety and legal issues involved in meeting the needs of students who are transgender. The term describes an individual who identifies with a gender that differs from the sex assigned at birth.

“Supporting a transgender kid is not as complicated as it might seem,” said Asaf Orr, an attorney and co-author of the ‘Schools in Transition’ guide.

As increasing numbers of transgender students become open about who they are, “Schools in Transition” — a guide created by the National Center for Lesbian Rights, Gender Spectrum, the Human Rights Campaign Fund and the American Civil Liberties Union, in addition to the National Education Association — is intended to be a road map.

“Supporting a transgender kid is not as complicated as it might seem,” said Asaf Orr, an attorney for the National Center for Lesbian Rights, a national legal organization based in San Francisco, and co-lead author of the guide. “There are a lot of field-tested methods for doing it.”

Based on information in the guide and interviews with its authors, here are answers to frequently asked questions.

WHAT IS A TRANSGENDER TRANSITION?

Transition is the process in which a student begins to live as the gender that feels right, rather than the gender the student was assigned at birth. “Social transition,” as defined by the guide, can mean that a student starts to change pronouns, clothing, hairstyle and name. “Medical transition” can involve hormone therapy and medical procedures. The transition is a series of intensely personal and private decisions, the guide says.

Yes and no. The numbers are small — the estimated percentage of transgender adults in the U.S. is less than 1 percent, according to UCLA’s Williams Institute, which conducts research on legal issues related to sexual orientation and gender identity.

But issues of acceptance, bullying and gender stereotyping affect all students and the culture of the school as a whole, said Joel Baum, senior director for professional development at Gender Spectrum, a San Leandro-based national nonprofit education and consulting group, and co-lead author of the guide. From an early age, children are keenly aware of the toys and activities that boys or girls are expected to enjoy, he said. Those expectations can stunt students’ learning, socializing and sense of self, he said.

In addition, much of the bullying at school involves taunting or physically harming students who don’t look or act in a stereotypically masculine or feminine manner, Orr said. “A lot of kids get harassed by the ‘gender police,'” he said.

DO SCHOOLS HAVE TO GET INVOLVED IN THIS?

Yes. Transgender students are entitled to equal educational rights and opportunities under federal law, Title IX of the Education Amendments of 1972, and California law, including Assembly Bill 887. In addition, effective Aug. 1, 2013, the bylaws of the California Interscholastic Federation, the governing body for high school sports, state that all students should have the opportunity to participate in athletic activities “in a manner that is consistent with their gender identity, irrespective of the gender listed on a student’s records.”

WON’T THIS LEAD TO STUDENTS PRETENDING TO BE TRANSGENDER SO THEY CAN ENTER RESTROOMS?

Six large California unified school districts — Los Angeles, Riverside, San Jose, San Francisco, Sacramento City and Garden Grove — reported that having transgender students use the bathrooms in which they feel comfortable did not cause a single incident of inappropriate behavior or harassment, according to Equality Matters, a Washington, D.C.-based nonprofit advocacy group that contacted the districts.

If male students were to enter female facilities as a prank, that would be a behavioral issue unrelated to giving transgender students access to facilities that align with their gender identities, the guide states. Schools would continue to have the authority to address and prevent inappropriate student behavior, the guide notes.

WHAT IF STUDENTS FEEL UNCOMFORTABLE WITH A TRANSGENDER STUDENT IN THE RESTROOM?

Students with privacy concerns, for any reason, should talk to school administrators and request accommodations, Baum said. But he added that feeling uncomfortable is not the same as being unsafe. “Let’s make sure we’re very clear about what the stakes are,” he said. “The stakes are almost nonexistent for non-transgender kids and they’re life and death for transgender kids.”

In 2008 in Oxnard, 8th-grader Brandon McInerney was charged with shooting and killing his Hueneme Elementary School District classmate, Larry King, who sometimes wore girls’ clothing. This past spring, three San Diego transgender teenagers committed suicide, according to news reports. And more than 40 percent of transgender people will attempt suicide at some point in their lives, according to a 2014 study by researchers at the American Foundation for Suicide Prevention and the Williams Institute at UCLA.

DOES THE SCHOOL COMMUNITY HAVE THE RIGHT TO KNOW ABOUT A STUDENT’S GENDER TRANSITION?

Without permission from the student and family, the school and district should take steps to prevent that private information from being disclosed, the guide states. Yet even while requesting confidentiality from the district and the school, the student and parent have the right to discuss the gender transition with others in as much detail as they choose.

However, the guide does advise districts to inform the school community that the district is allowing transgender students to access facilities based on gender identity. This should be done in a manner that is not connected or attributable to a particular transgender student. The non-discrimination section of the annual student handbook is a great place to let students and parents know that there may be transgender students at school, Orr said. Ideally, this information is included in the handbook before the district knows of a student going through a gender transition. “It’s a way to tell parents, ‘Your kid may be in a restroom or locker room with a transgender student and if that’s going to bother you or your student, let’s talk about it,'” Orr said.

WHAT CAN SCHOOLS SAY TO PARENTS WHO WANT TO KNOW THE DETAILS?

“Of course I can’t talk about any individual students, just as I would never talk about your child,” reads a suggested script in the guide. “Personal information about our students, including their gender identity, is private. But is there something we can do to help you or your child better understand gender-­related issues?”

HOW DO SCHOOLS DEAL WITH A STUDENT’S NAME AND GENDER IN SCHOOL RECORDS?

Creatively. A birth certificate listing the name and gender of a student typically forms the foundation of school record-keeping, with the information appearing on class lists, attendance sheets, library cards, lunch cards and standardized test forms.

“A school’s record keeping and reporting requirements do not exempt it from its obligations to safeguard student privacy and create a safe and supportive environment,” the guide states. “Those obligations co-exist and schools must find a way to harmonize them.”