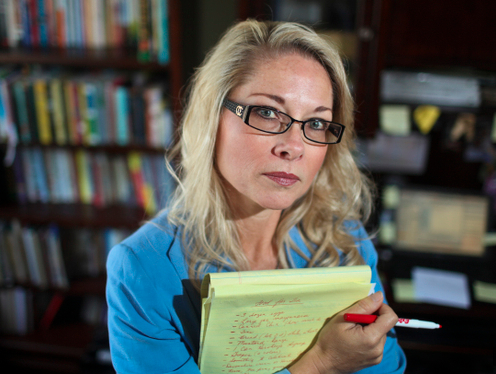 Attorneys for teachers who are challenging the right of the California Teachers Association to force them to pay union dues petitioned the U.S. Supreme Court on Monday to hear their case this year. There’s a good chance that it will.

The U.S. Supreme Court has already ruled in the 1977 case Abood v. Detroit Board of Education that teachers don’t have to pay that portion of dues that goes to political purposes, including electing candidates. That’s 30 to 40 percent of the approximately $1,000 in dues that California teachers pay annually.

But the Abood decision, which elementary school teacher Rebecca Friedrichs, of the Savanna School District in Anaheim, is challenging, also said states could require public employees to pay “agency fees.” That portion, with a piece going to CTA’s parent union, the National Education Association, covers negotiations for workplace conditions, pay and benefits, including lobbying in Sacramento and Washington, D.C., involving  those matters.

Agency fees protect against “free riders,” those who’d weaken the ability of unions to represent members by going along for the ride without paying. Requiring union members to cover negotiations is no more coercive than requiring people to pay taxes when they disagree with how government spends some of the money, Harvard Law School professor Laurence Tribe argued last year in a magazine article.

But the Center for Individual Rights in Washington, D.C., which brought the lawsuit for Friedrichs and the other plaintiffs, argues that public employee unions’ collective bargaining by its nature is “core political speech indistinguishable from lobbying.” Teachers who disagree over a union’s positions not only on pay and benefits but also policy issues involving tenure, class size and teacher evaluations should not be forced to subsidize those views, the center states.

“There is no principal way to resolve the disagreements,” Terry Pell, president of the Center for Individual Rights, said in an interview. “Everything the union does is political.”

Friedrichs would appear to qualify. Filed in 2013, the lawsuit sped through federal district court and the U.S. 9th Circuit Court of Appeals, both of which expedited it at the plaintiffs’ request, out of recognition that it’s a matter for the U.S. Supreme Court to decide.

If the Supreme Court won’t fully overturn Abood, the teachers have a fallback request: throw out California’s law that requires employees to annually opt out of the dues portion going to political purposes. Saying it puts too much burden on teachers, the lawsuit wants an opt-in system, with the onus on a union to sign up employees willing to chip in.

It takes four of nine Supreme Court judges to agree to hear a case. Pell is confident they will do so and hear oral arguments in the fall, with a decision likely in 2016.