Taking aim at the 'middle school plunge' with a positive culture 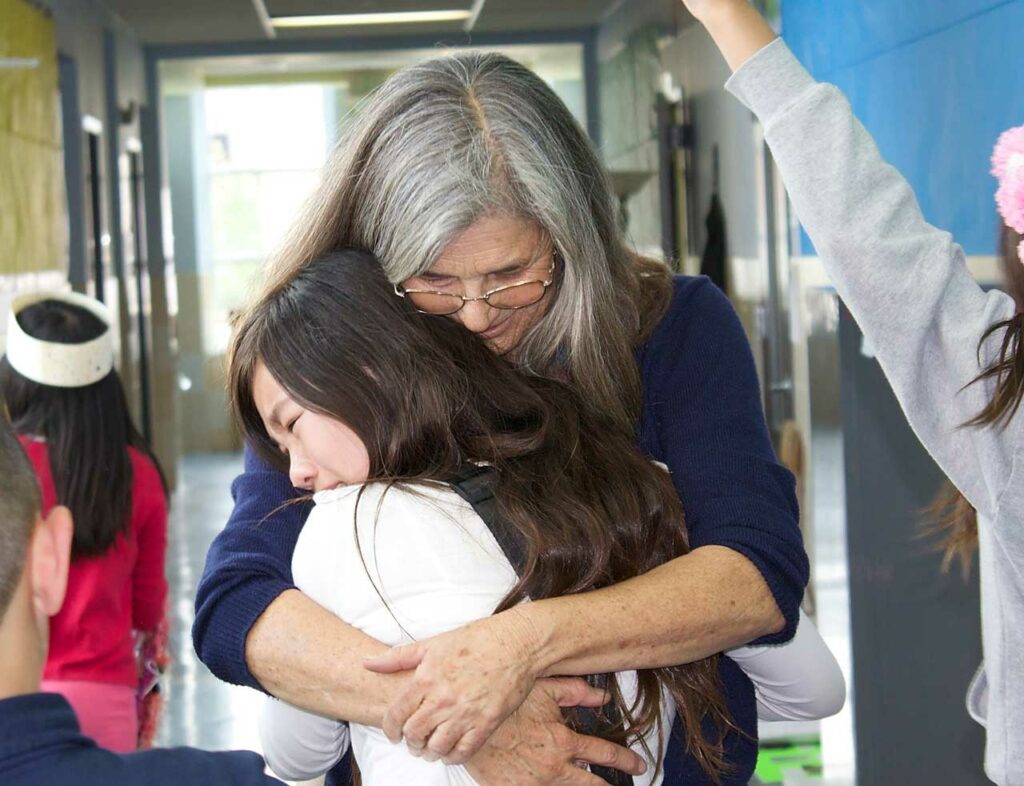 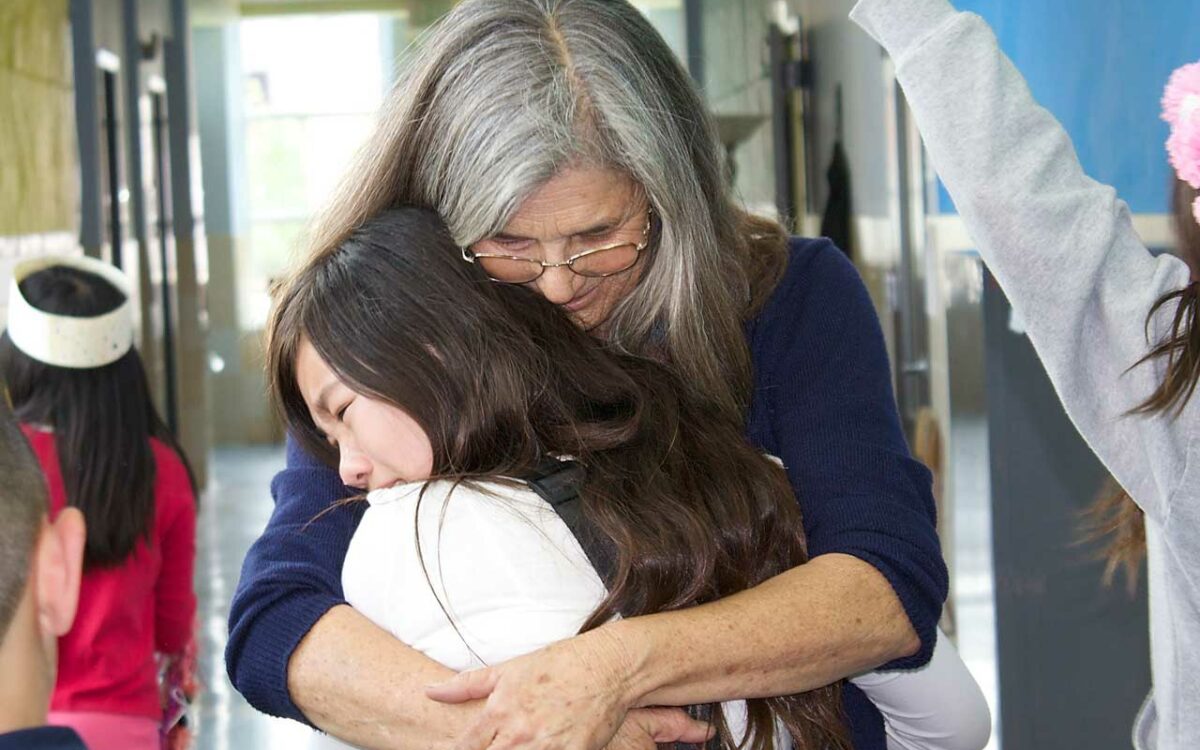 Of all the middle school anxieties facing 5th-graders at Argonne Elementary School in San Francisco last spring, the most tangible was a round-faced combination lock.

Elementary school, a land of cubbies and coat hooks, soon would be in the past for these 11- and 12-year-olds, who practiced spinning the dials right-left-right in a Transition to Middle School workshop. Middle school would mean a metal locker with a lock to open, fast, at the risk of floundering in the hall and being late to class.

Fear of being publicly embarrassed or even physically hurt is widespread among students who are entering middle school, according to research studies, including a 2015 survey that ranked 225 5th-graders’ top concerns: getting undressed in front of others for physical education class, coping with peer pressure, dealing with bullying and opening a combination lock.

These concerns aren’t exclusively social problems. Instead, social and emotional struggles are thought to play a significant role in what researchers in 2012 dubbed “the middle school plunge,” an academic achievement drop that occurs for many students. In some of the strongest evidence to date, a 2011 longitudinal study of 2,300 Los Angeles middle school students by UCLA psychologist Jaana Juvonen and others found a direct relationship over three years between being bullied and having lower grades.

“The path to dropping out very often has its roots in the middle school,” said Maurice Elias of Rutgers University. “It’s safe to say we have underemphasized the potential impact of the middle school climate.”

“Kids need to feel safe in school before they can learn,” said Juvonen, a longtime researcher on the culture of middle schools. “It’s as fundamental as recognizing that kids can’t come to school hungry and learn.”

A safe and friendly school environment is particularly crucial for 11- to 14-year-olds, said Maurice Elias, director of the Rutgers University Social-Emotional Learning Laboratory, which conducts school research on social-emotional skill building. “The path to dropping out very often has its roots in the middle school,” Elias said. “It’s safe to say we have underemphasized the potential impact of the middle school climate.”

Changes in the California educational landscape – including a growing emphasis on positive school environments, school discipline reform and livelier, discussion-based classroom instruction to meet Common Core State Standards – may improve the quality of life at some middle schools, acknowledged Irving Howard,  a past president of the National Forum to Accelerate Middle-Grades Reform, an Illinois-based group.

But the middle grades continue to get short shrift in funding and training, Howard said. The California Department of Education closed its middle school division more than five years ago for budgetary reasons (although its website with program recommendations remains), the middle grades are not designated as a category in the Education Code — which would have meant a separate funding allocation — and middle school teachers aren’t given relevant training about the social and psychological needs of pre-teens and teenagers, he said.

Statewide, investments in school climate include a $10 million allocation announced in July by the Legislature to train teachers and administrators on positive approaches to disciplining students. That new training, which is expected to include middle school staff, would expand the work already happening at middle schools that use Positive Behavioral Interventions and Supports, a tiered, data-driven approach to figuring out what is going on with student behavior. That approach is used in middle schools in about 80 of 1,000 school districts in the state, including Napa Valley Unified, Oakland Unified and Santa Ana Unified.

“Our conference is aimed at K-12, but we do feel that climate and culture is so important to middle grades,” Steele said. “A lot of people are talking about this right now.”

The goal is to keep anxiety levels down.

“Behavioral expectations in middle school can be talked about, but not from a fear-inducing standpoint,” Tomlin said. “It’s not, ‘Get ready, it’s going to be tough nails in middle school.'”

On the academic front, Tomlin said, the transition should include year-long conversations between elementary and middle school teachers about curriculum, so that students know they are being prepared for what’s coming.

And once students arrive at middle school, there’s a need for teaching strategies that play to their strengths, said Elias at Rutgers.

“Middle school kids are incredibly excitable,” Elias said. “There’s no shortage of enthusiasm and energy. The lack of engagement is really a symptom of the fact that we’ve not been successful in providing the right learning environment.”

These efforts are remedies for what some see as the more fundamental problem of middle school: its grade configuration is not appropriate for young adolescents, said Juvonen at UCLA.

Students who attend K-8 schools for 6th, 7th and 8th grades do better both academically and socially than their peers who attend middle schools, which typically serve 6th- through 8th-grade students, according to a comprehensive 2004 report by the Rand Corporation, which Juvonen authored.

Jacquelynne Eccles, a psychologist and author of the 2008 California Dropout Research Project report “Can Middle School Reform Increase High School Graduation Rates?,” says that in terms of adolescent development, the traditional middle school culture has done nearly everything wrong: Students are separated from friends, teachers and buildings they know, just as they’re trying to define their new identities; students have six or seven class periods a day with different teachers, making relationship-building more difficult; and teachers often approach the middle school classroom through the lens of controlling students and limiting their decision-making, just as young teens are seeking autonomy.

The results are middle schools out of sync with what research has shown improves motivation and achievement: students who feel their teachers trust them, believe in their abilities and want to hear their opinions, said Juvonen.

“The more research I’ve done, the more I’m convinced that the basic building blocks in these schools are relationships, with teachers and with other kids,” she said. “That is our big challenge – to take the relationship side very seriously.”

On the day before the last day of school at Argonne Elementary, 5th-grader Trish Owyang hugged her teacher, Kathy Angus, hard, before the “5th-grade farewell walk,” where 5th-grade students pass through the halls and receive high-fives from younger students and teachers from lower grades.

The Transition to Middle School workshop at Argonne had covered how to organize assignments, how to relax by breathing deeply and how to open a combination lock.

Andrew Wong, 12, said he felt prepared for 6th grade. “That combination lock is so easy!” he said.

But Trish said the most helpful tool in ending her elementary school career was the classroom closing circle.

“Everyone said their appreciations about the classroom,” she said, sniffling back tears. “It’s like one big family.” In the final minutes of class, students and Ms. Angus gathered in a circle again. Trish and a friend took turns reading aloud a letter.

“Dear Ms. Angus, Thanks for being the best teacher in the school,” Trish read. The letter concluded: “Love, love, love, Trish and Maddie.”