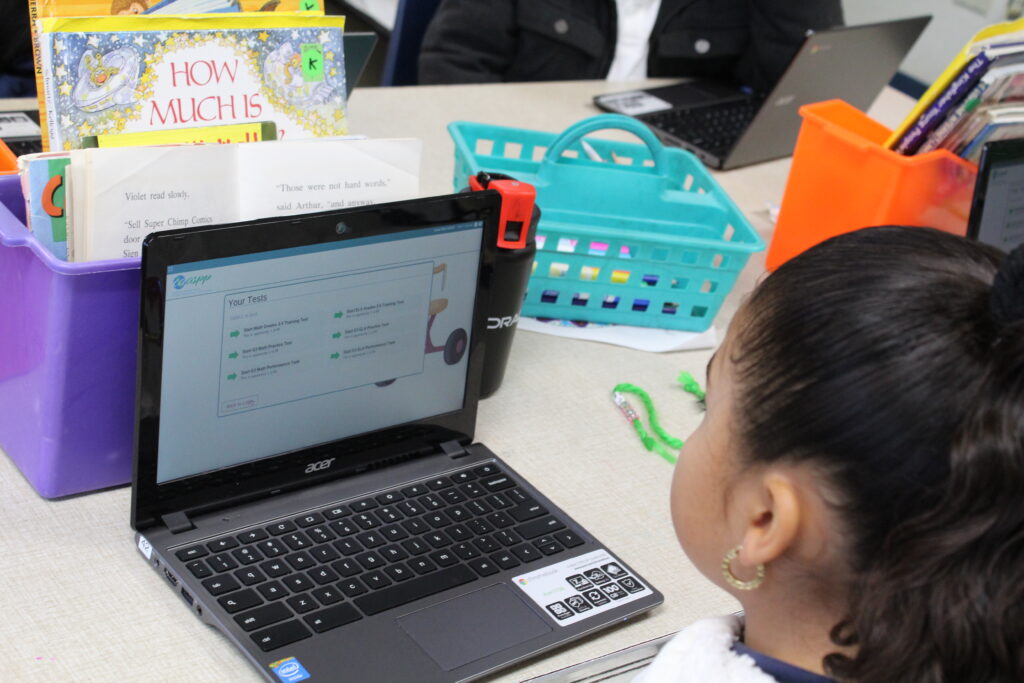 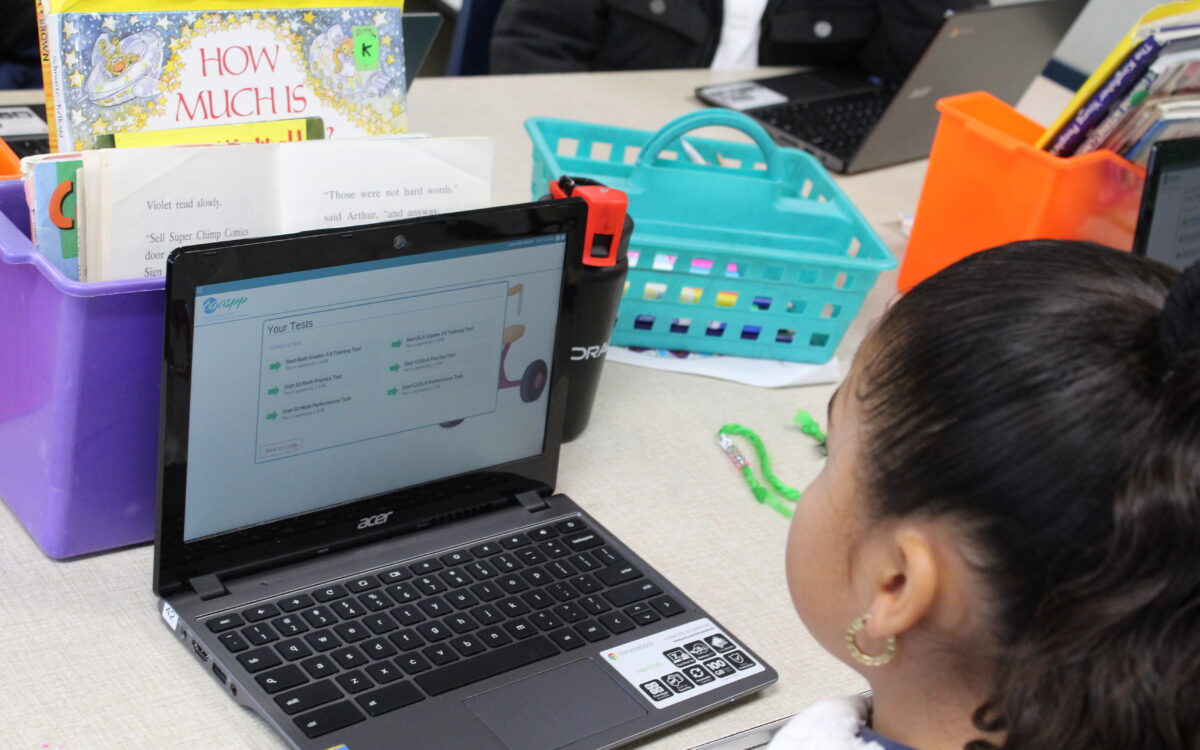 As millions of California students prepare to take the new Smarter Balanced assessments this spring, most will not have had the benefit of taking a series of “interim assessments” that were supposed to help them and their teachers prepare for the new tests aligned with the Common Core State Standards.

The interim assessments were supposed to give students a way to rehearse for the Smarter Balanced assessments and allow teachers to see how well students had mastered the math and English Language Arts curriculum tied to the Common Core.

That’s not how it has worked out, however. The interim assessments were supposed to be in the hands of educators last fall. But the Smarter Balanced Assessment Consortium didn’t complete them until the end of January, too late for most teachers or districts to use them extensively, according to interviews conducted by EdSource.

Luci Willits, deputy executive director of the Smarter Balanced consortium, told EdSource earlier this year that the release was delayed because teachers had not finished vetting test questions until late October. It was further delayed by test designers who had to field questions from states about scoring the essay portions of the assessments.

“Ideally, it would have been best to have the interim items available in the fall, but circumstances prohibited the rollout earlier,” Willits said.

As a result, superintendents of six school districts EdSource is tracking as they implement the Common Core said that, for the most part, the interim assessments have been of limited use. Districts that were counting on giving their students the optional midterm assessments either abandoned those plans or scaled them back significantly.

“I’m dying to know how our kids are going to do,” said Elise Darwish, chief academic officer for Aspire Public Schools. “But it is too much to ask for kids to spend seven hours in March on a practice test when they’re going to take the actual test in two months anyway.”

Others, such as Santa Ana Unified, were not planning on using them.

“The information has been very long in coming,” said Garden Grove Unified Superintendent Gabriela Mafi, who said that as recently as the beginning of March her district had not been provided with log-in information that would enable students to take the interim assessments.

Fresno Unified School District Superintendent Michael Hanson offered teachers in his district the option of giving interim assessments, but he expected few teachers would want to use them now.

“They look at this and they go, ‘I already have a testing cycle coming up. I don’t want to spend any more time on this when there’s really not anything I can do with the results between now and the time I’m going to give the exam [the Smarter Balanced assessments] anyway,’” he said.

“The best we can do now is offer it as an option,” he said. “People would be in absolute mutiny if you tried to force them [the assessments] on them right before we do the actual testing.”

Visalia Unified Superintendent Craig Wheaton said he wished that the interim assessments had been available six months earlier. He said his district has pulled together a group of teachers to use them in a systematic fashion, and that some began using them as soon as they became available.

“We were really trying to have an organized pilot and were exploring how to share them,” he said. But their late delivery thwarted plans to use the assessments extensively in the district, he said.

The other two components were a digital library of so-called “formative assessments” – tools and practices that teachers could use to see how students are doing to help “form” the instruction they receive – and the end-of-year “summative assessments” students will take this spring measuring the “sum” of what students learned during the year.

By contrast, the interim assessments were intended for use by teachers “throughout the year to gauge student progress toward mastery of the skills measured by the summative assessment and to assess targeted concepts at strategic points during the school year.”

Santa Ana Superintentendent Rick Miller said his district was never planning to use the interim assessments extensively, and that teachers had been using their own “formative” tools in the classroom to assess student progress. “We are doing things other than interim assessments,” he said.

The interim assessments come in two forms. One is the Interim Comprehensive Assessment, which  is essentially the same test as the final summative assessment. It runs at least seven hours and includes math and English Language Arts, according to information on the website of the California Department of Education. The other assessment is the Interim Block Assessment. That test is not longer than an hour and is focused on a particular subject area, such as math, or even more specific areas, such as a week’s lesson in algebra or geometry.

Elise Darwish, chief academic officer for Aspire Public Schools, a charter management organization with 35 schools around the state, said that some Aspire schools are using the “block” interim assessments focused on discrete parts of the curriculum. She said it was tempting to administer the Interim Comprehensive Assessment, but Aspire officials did not think it was viable.

“I’m dying to know how our kids are going to do,” she said. “But it is too much to ask for kids to spend seven hours in March on a practice test when they’re going to take the actual test in two months anyway.”

As a result of the delays, California will receive a credit on some of the funds it paid the Smarter Balanced consortium to produce the interim assessments. The cost of the assessments was bundled with the cost of producing the digital library for teachers. That total was $3.35 million. Keric Ashley, interim deputy superintendent of public instruction, did not disclose the amount of California’s credit, but said at a recent State Board of Education meeting that “it would not be insignificant.”

Some teachers who have used the interim assessments said they were useful. Thanh Vo, a math teacher at Gompers K-8 school in Lakewood, used one of the Interim Block Assessments that was an overview of 7th-grade math to see what his 8th-graders remembered from last year. He said it took students only 45 minutes to complete the hour-long test, which included algebra and geometry, but the results were enlightening.

In particular, the test results showed Vo that his 8th-graders had forgotten the formulas for calculating the volume of shapes like cylinders and cones, which they had covered for a couple of weeks in 7th grade. Based on those results, Vo reworked his approach to teaching volume calculation.

For example, he had his students apply formulas for volume to real-life situations. One popular problem was asking his students to calculate the volume of a pizza he brought in to class.

Debbie Williams, a math coordinator for the San Joaquin County Office of Education who works with smaller districts in the Central Valley, said besides helping teachers understand where their students are in learning math and English tied to the Common Core, the interim assessments would have given students the chance to see what the year-end assessments will look like.

“There are kids who didn’t take the [Smarter Balanced] field test last year,” she said. “They’re going to come up to the computer to take it for the first time, and it’s going to be a shock for them if they’ve never seen it before.”