Report: State no longer at bottom in spending 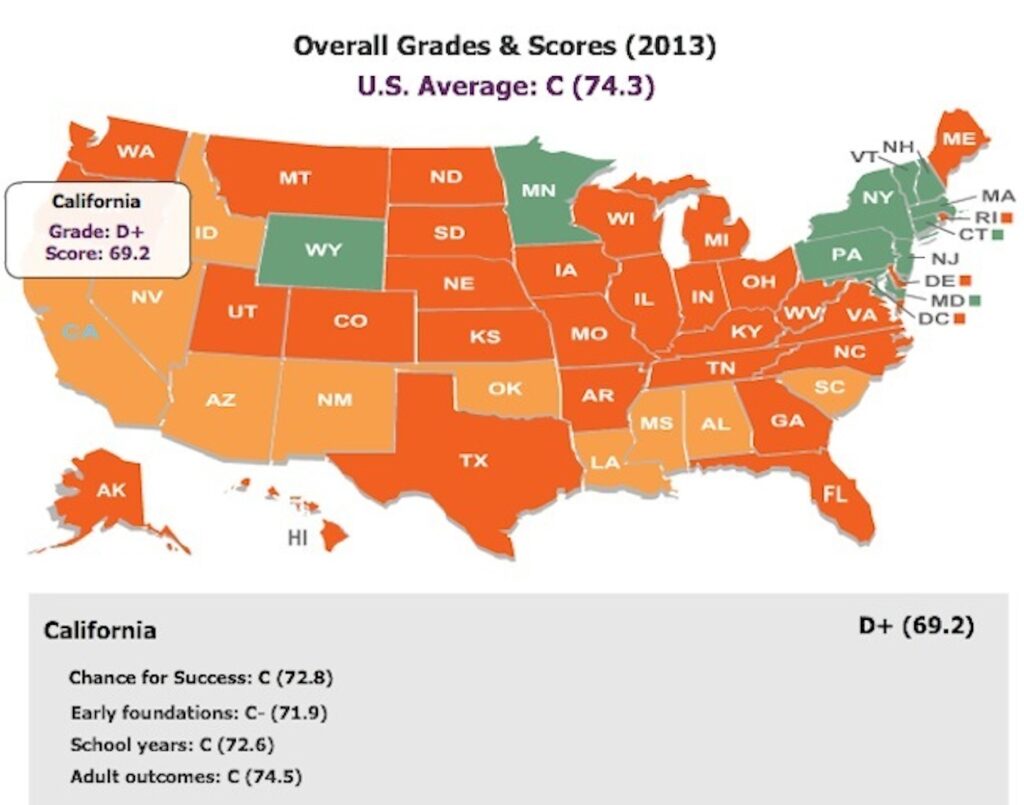 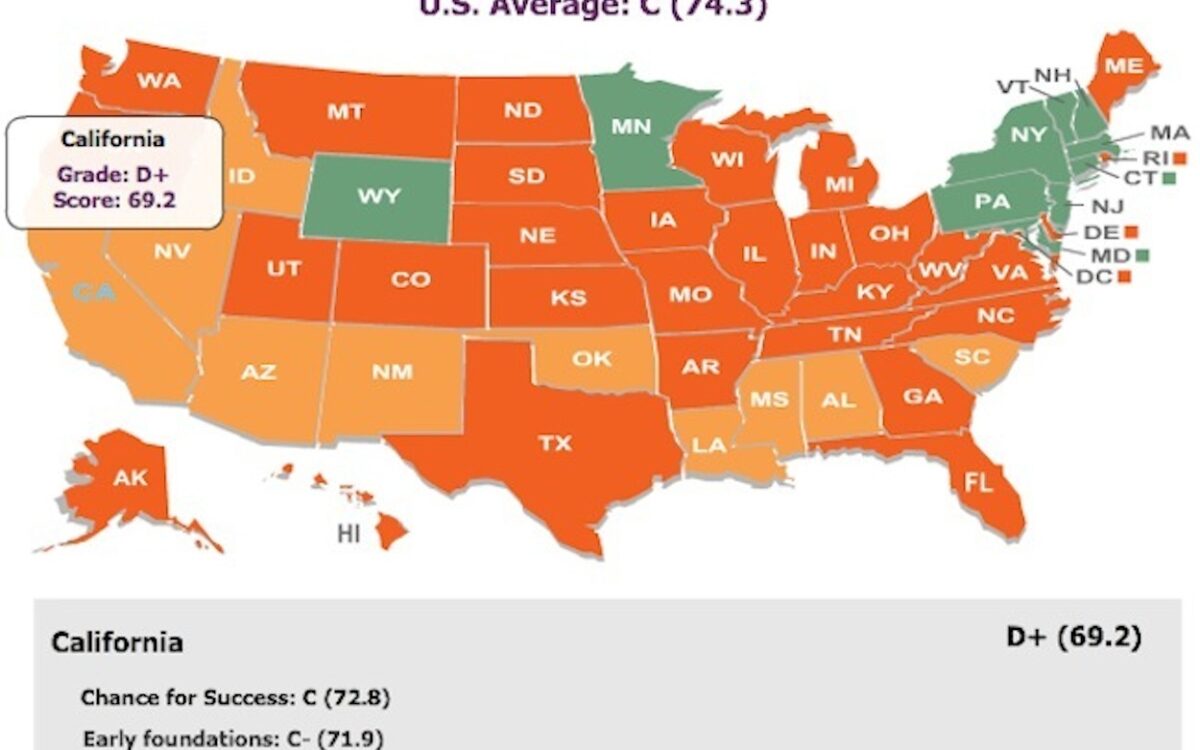 Education Week’s annual state rankings on K-12 education had welcome, though outdated, news for California: No longer rock-bottom, California moved from 50th to 46th in per-student state spending in 2011-12, the latest data cited.

That was the year before school districts felt the benefits of the temporary tax increases from Proposition 30, which voters passed in November 2012, and of a rebounding economy. In the state budget scheduled for release Friday, Gov. Jerry Brown is expected to announce K-12 and community college education spending that will be 39 percent higher than it was in 2011-12. Unless other states have increased that much, California’s ranking will rise in coming years.

Often cited by proponents of more education funding in California, Education Week’s Quality Counts report uses 3-year-old spending data that is adjusted to factor in regional costs of living, primarily 2012 federal wage and salary information, with additional weights for concentrations of special education and low-income students, who are more expensive to educate. Along with below-average spending, California is a relatively high-cost state, with nearly a quarter of students living in poverty, contributing to its low ranking.

The year before, Quality Counts ranked California 50th, with only Utah behind it. California’s $8,341 per student in 2010-11 was $3,523 below the average spending nationwide.

California fares better in an annual report by the National Education Association, which uses unadjusted spending numbers from government sources. In 2011-12, California ranked 39th among the states and Washington, D.C., spending $9,053 per student (see page 73). That was $1,781 less than the national average and $948 less than the median national average.

According to Quality Counts, California ranks low by another spending measure: the capacity to spend on education, defined as local and state education revenues as a percentage of taxable resources. California spent 2.7 percent, tied with Delaware, Florida and Tennessee at 44th of 49 states with data.

School finance is one of three categories that Quality Counts measures. The other two are K-12 achievement, which includes scores on a national standardized test (NAEP) and graduation rates, and “chance for success,” which includes parents’ education, attendance in preschool and family income. California perennially fares poorly in the report, and it did again, with a D+. Massachusetts led with a B.