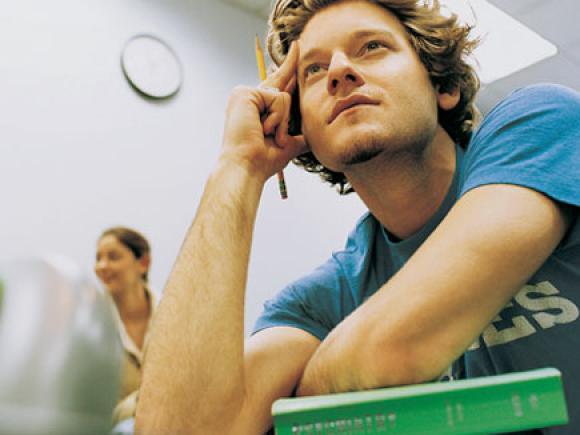 The leading online charter school network in California has a troubling record of poor academic outcomes and a questionable financial relationship with its for-profit parent company, according to a report released Thursday from a watchdog organization.

California Virtual Academies, the largest provider of online public K-12 education in the state, is generating more high school dropouts than graduates while collecting attendance funds for students who log in for one minute a day, or don’t participate at all, according to the report from In the Public Interest, a Washington, D.C.-based research group that examines government contracting.

“We’ve had kids enrolled in school that we’ve never seen in a classroom and never seen any evidence of any work,” said Danielle Hodge, a special education teacher at California Virtual Academies.

“The online model can work for some students for whom the traditional classroom is not a good fit,” said Donald Cohen, executive director of In the Public Interest. But California Virtual Academies, owned by the Virginia-based K12 Inc. and operated by its subsidiary K12 California, is using recruitment practices that sweep in students who are not succeeding, he said. “The virtual education model used by K12 California does not adequately serve many of its students,” Cohen said.

Katrina Abston, senior head of school of California Virtual Academies, said in a statement that the report from In the Public Interest was “inaccurate and deeply flawed” and relied on “misinformation” from teachers who have filed an intention to unionize.

California Virtual Academies, which has grown from 650 students in 2002 to 14,500 students currently, is a network of 11 virtual school locations with 766 teachers. Students work on computers at their homes under the guidance of parents or guardians. Each location receives full, per-pupil education state funding, but how that money is spent, and how much of the money becomes profit for K12 Inc., is unknown, the report said. K12 Inc. is a publicly traded education company that is the largest for-profit operator of virtual schools nationwide.

While the California Virtual Academies receive the same per-pupil funding as traditional public schools, computer equipment is often substandard, laboratory supplies such as microscopes have been replaced by online microscopes, teachers are poorly paid and turnover for both staff and students is high, the report said.

Kathy Klein, a San Bernardino parent, said that the virtual academies have been a good environment for her son, who enrolled in 4th grade to escape bullying at school. But the experience has deteriorated, she said. The computer provided by the virtual academy was “a real dinosaur and basically non-functional,” she said. “I sent it back and was told we would not receive another.” In one of her son’s classes, 80 students were taught by one online teacher.

Cara Bryant, a teacher at California Virtual Academies for nine years, said attendance policies seem driven by the need to maximize per-pupil funding. “We were told to give students attendance credit as long as they are logged in at least one minute a day,” she said.

Danielle Hodge, a special education teacher at California Virtual Academies, said that the online program has worked very well for some special education students, including anxious students who find it easier to focus when they’re not at school, or students with information processing delays who can review the material at their own pace. “They are able to re-watch the recorded instruction,” Hodge said. “That’s very helpful for some of these students.”

But she said others can’t keep up with the curriculum, which is not modified from grade-level standards, or don’t receive the special education services they need, such as medical help or speech pathologist consultation. She said she has sent 126 emails seeking medical services to provide critical treatment for a special education student’s disability, but the student has not yet received services.

According to the report, other students stay on the attendance rolls, which are reported by their parents, but never show up.

“We’ve had kids enrolled in school that we’ve never seen in a classroom and never seen any evidence of any work,” Hodge said. “They don’t answer phone, or email. The parent says, ‘My student worked one hour,’ but we don’t see the student.”

In the last four years, the California Virtual Academies’ overall graduation rate was 36 percent, compared to 78 percent for California as a whole, the report said. In a response, Abston said that the California Department of Education acknowledges that state graduation figures are not always correct because it is unable to accurately measure graduation rates for nontraditional schools with higher student mobility.

The report said that improvements in the state’s Academic Performance Index at the virtual academies has lagged performance at demographically similar schools. “After two good years in 2003-04 and 2004-05, CAVA students as a whole fell behind their peers at similar schools in every subsequent year,” the report said.

California led the nation in 1999 by passing legislation to increase accountability and oversight of what was then described as nonclassroom-based learning, including home schooling, said Luis Huerta, associate professor of education and public policy at Teachers College at Columbia University, and co-author of the 2014 National Education Policy Center report on virtual schools in the U.S.

“One of the biggest issues that’s come up with for-profits running charter schools is that they have the foresight to enter into memorandums of understanding that limit the ability of districts to oversee them, including keeping them from full public audits,” Huerta said.

The for-profit companies want to be treated like contractors, such as a janitorial service provider, which are not subject to the same level of public disclosure of costs and profits, he said. “But because these groups are providing soup-to-nuts services to schools, hiring teachers and selling curriculum, for the public interest side they shouldn’t be excluded from public audits,” he said.

Out of concern that these nonclassroom-based charter schools could keep portions of state funds intended to be spent on education, in 2002 the State Board of Education issued statutes requiring that they spend a designated percent of their total public funding on certificated staff and salaries. According to the report, that percentage, set by the California Department of Education, now is 40 percent, and the salaries provided at the virtual academies – typically about $20,000 less than traditional public school teacher salaries – are too low to meet that benchmark.