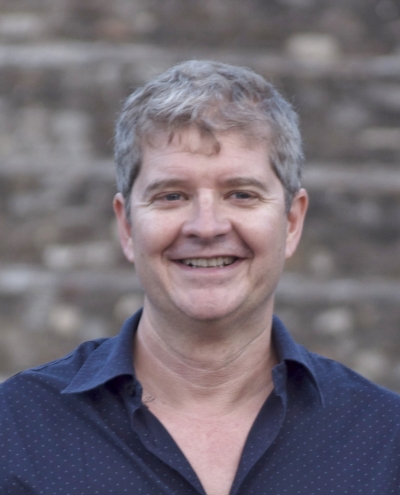 The results of the Smarter Balanced assessments, the centerpiece of the California Assessment of Student Performance and Progress, or CAASPP, were released on Sept. 9 and showed the vast achievement gaps that decades of education reforms have failed to close. This interview with Sean Reardon, who is a professor of poverty and inequality in education in the Stanford Graduate School of Education, is the second in a series of interviews conducted by EdSource executive director Louis Freedberg with leading educators and scholars about the continuing gap. Among Reardon’s many publications, a landmark paper on the “income achievement gap” showed that the gap between students from affluent families and those from low-income backgrounds has widened in recent years, and is 40 percent larger than the black-white achievement gap.  (For Part One in the series with Christopher Edley, go here).

What does the achievement gap in the Smarter Balanced test results say about the effectiveness or otherwise of the basic approach to education reform in recent decades?

There is no real evidence that the whole school system has been able to effect a reduction in achievement gaps over last decade or two. I don’t think there is any evidence that accountability systems have been effective in reducing achievement gaps. We did a paper looking at whether No Child Left Behind had reduced the achievement gap and found very little evidence that it had. Achievement gaps are a little bit smaller than they were nationally 15 to 20 years ago, but that is not due to NCLB because that happened well before NCLB came into place, and when you look at the black-white achievement gap, when kids come to school at kindergarten entry that has been declining over time.

That seems to explain why the achievement gap in elementary and middle school has been narrowing very slowly, because kids are getting to school a little less unequally prepared. Whatever narrowing there is seems to be a result of what happens to kids before they get to school. So it suggests we have not done a very good job.

Also worth acknowledging is that a big piece of the achievement gap is due to inequality of kids’ lives out of school. It may be unrealistic to expect schools to undo all the other inequalities in kids’ lives. They could certainly do a better job at reducing some of it, but I doubt schools alone will ever entirely reduce the achievement gaps, without some equally concerted efforts to reduce racial and ethnic inequality in income and neighborhood conditions and things like that outside school.

But what can schools do about the income inequality?

There are two sides to that argument. You can say schools can sort of do it on their own, and let’s not call attention to poverty. Or you could say schools can’t do anything because there is so much inequality outside school, and we are are fooling ourselves if we think we can fix this without fixing the bigger issue of structural inequality.

How California Did on the Smarter Balanced tests, by John Fensterwald

Interview with Christopher Edley on the achievement gap

Well, schools can do something, so it is not accurate to say schools can’t do anything. The right answer is that both schools and larger social inequalities play a big role and we are not going to make real progress without working on both fronts at once.

California is targeting funds at low-income and high-needs kids more than any other state. Is this going in the right direction and will it tackle the achievement gap more effectively than other reform efforts in recent years?

I think it is certainly a step in the right direction, and it will likely have benefits down the road. But probably it alone will not be enough.

New evidence from Rucker Johnson at UC Berkeley and others show that states that have done more to equalize funding among poor and rich districts have seen improvements in educational outcomes of kids in lower-income districts, and some narrowing of gaps in the graduation rate.

If Johnson’s evidence is any indication, we should see some payoffs down the line. Will that resolve the problem entirely? No. It is much bigger than a funding disparity but it is certainly a step in the right direction?

How much of a difference will the Common Core make?

I don’t think we know the answer to that question. Will the Common Core make things better or worse or make no difference in terms of equity? I hear competing arguments. Both have merits.

The other argument is that it will help narrow it, because it will put pressure on schools to move away from drill and kill, the test prep stuff that NCLB fostered and that maybe helped get your test scores up but didn’t promote the real learning that we want. So by pushing towards higher standards of instruction and learning, the kids in disadvantaged schools will start getting what kids in advantaged schools are getting.

Both are very plausible arguments. We don’t know yet how it will play out. I wouldn’t venture to predict at this point.

Some media reports have argued that the achievement gap as measured by test results is actually wider on the Smarter Balanced assessments than on previous tests. What was your reaction to those reports?

I don’t think the people reporting the results understand how to interpret test results. They are comparing things that are not comparable to each other. You can’t just look at differences in proficiency rates.

But if you set the height at 5′ 2″, most girls are over 5′ 2″ and so are the vast majority of boys. So the difference would be much smaller. What the Common Core has done is to move the bar higher so it is more in the 5′ 8″ range than in the 5′ 2″ range. So the differences look bigger.

You are missing the big story that there is a wide distribution of heights or test scores in both groups, and you want to describe the whole distribution, not some movable standard. So I don’t know if the gap is any bigger under the Common Core standards than under the old ones, because you can’t compare them the way they are doing it in the media.