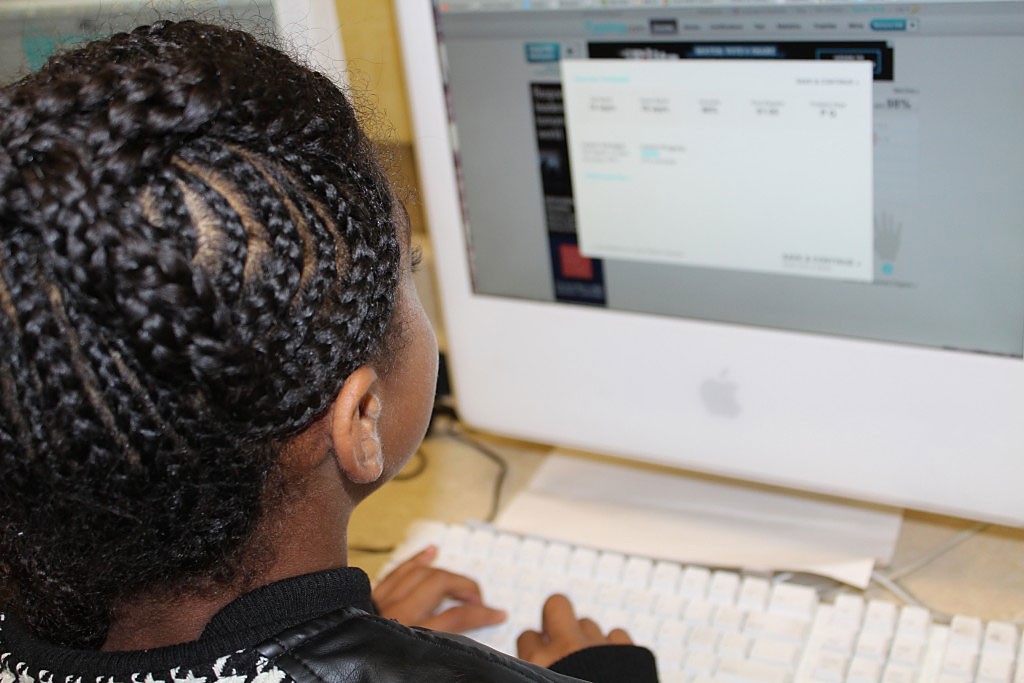 On average in California, academic growth for students was “extremely” negatively affected by attending an online charter school, with the effect in the state more negative than in the national average, according to James Woodworth, lead analyst for the Center for Research on Education Outcomes at Stanford University. The center is one of three research institutes that produced separate reports that were released collectively as the National Study of Online Charter Schools. The other institutes were the Center on Reinventing Public Education at the University of Washington and Mathematica Policy Research.

The study compared online charter school students, who receive instruction through computers at home, with similar students in traditional schools who had the same economic background, prior test scores, special education status, history of being held back a grade, English Learner status and other variables.

“It’s not that online charter schools necessarily can’t work, but under the current structure and the way they’re operating, they are not working for most kids,” said James Woodworth of Stanford’s Center for Research on Education Outcomes.

“It’s not that online charter schools necessarily can’t work, but under the current structure and the way they’re operating, they are not working for most kids,” Woodworth said.

K12 Inc., in a response to the study, disputed the validity of the poor academic results documented. Given that online charter schools are often “schools of last resort” that attract students who have struggled in traditional schools, the K12 Inc. statement said, the study could not accurately compare performances between groups of students.

“I understand K12’s position, it’s a little close to home for them,” Woodworth said, “but at same time we have looked at this really hard using most recent data.” He said, “We feel it’s a really solid comparison and we stand behind that.”

Researchers tested the data in multiple ways, he said — by tracking longitudinally an individual student’s academic growth or decline from 2007-08 through 2012-13, by tracking the academic performance of students who entered online charter schools and then later returned to traditional schools and students who did the opposite, and by comparing online charter school students with peers who attend traditional charter schools. “Every analysis we ran comes out in the same direction and the same magnitude,” Woodworth said.

Online charter schools, also known as virtual charter schools, enroll a small percentage of students in California, but the model has been thought to hold promise in reaching students who for a variety of reasons, including being bullied at school, suffering from social anxiety, or being on the verge of expulsion, opt to learn at home. The schools are publicly funded and authorized by local school districts. In California, the largest providers are K12 Inc., which operates California Virtual Academies, and Connections Education, which operates California Connections Academy.

But the study suggested that the model has a long way to go. Along with an achievement issue, the study said the schools struggled to keep students engaged, a problem inherent in a situation where students are learning at home, often on their own schedule.  That challenge is made worse by high student-teacher ratios and minimal student-teacher contact time, which the study found to be typical of online charter schools nationwide, said Brian Gill, a Mathematica senior fellow, in a statement.

“These findings suggest reason for concern about whether the sector is likely to be effective in promoting student achievement,” Gill said.

The National Study of Online Charter Schools was funded by the Walton Family Foundation. “We support research on difficult questions like these because we want to know what is working for kids — and what is not,” Marc Holley, director of research and evaluation for the foundation, said in a statement. “Innovation in education takes time, but we must test whether new ideas are working and make changes when we learn that ideas with potential are falling short,” he said.