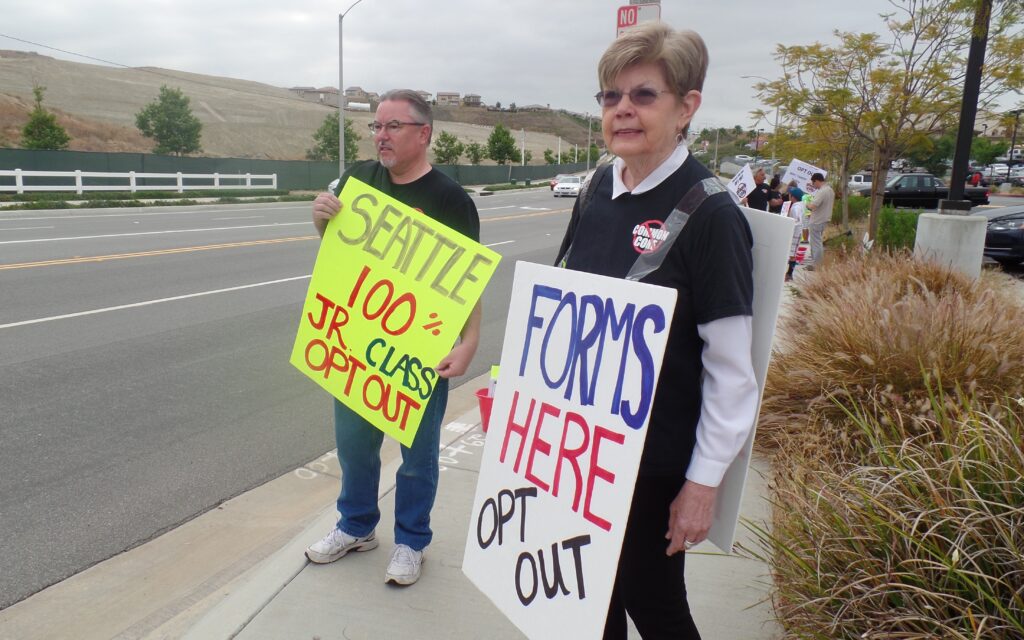 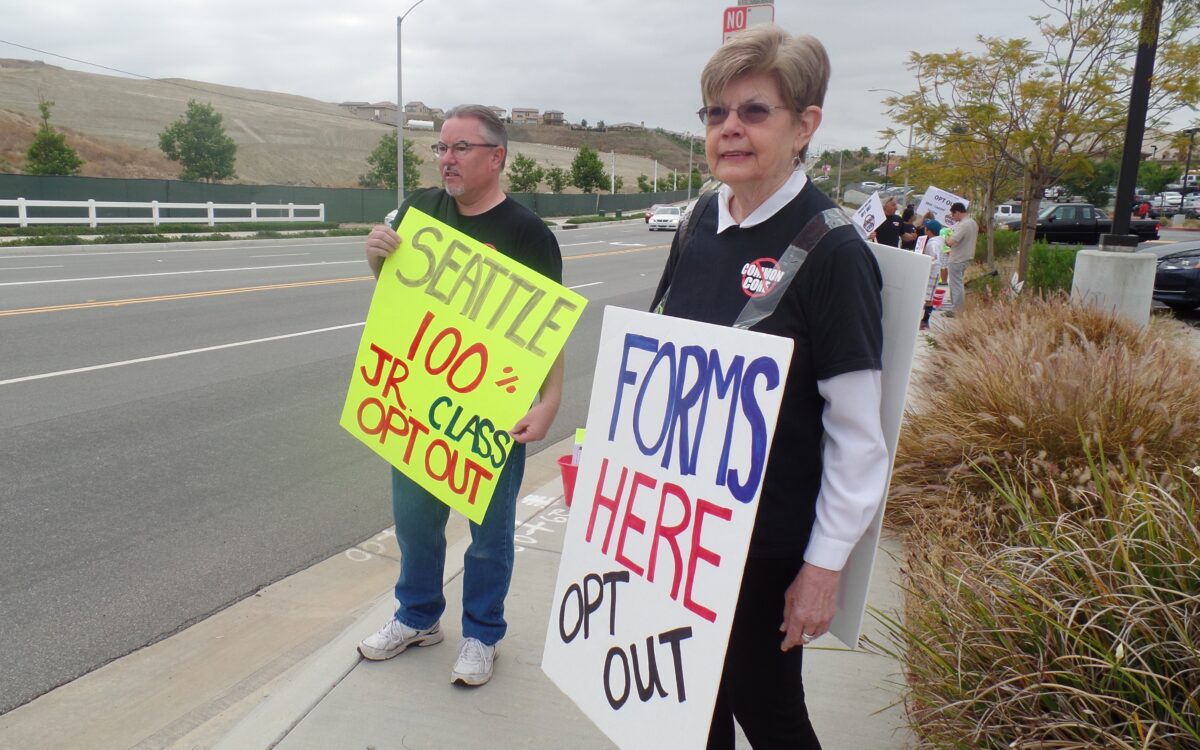 A new national poll shows that the majority of respondents oppose teachers using the Common Core State Standards to guide what they teach. That contrasts with the findings of statewide polls that show much stronger support in California for the new standards.

The 47th annual Phi Delta Kappa/Gallup Poll of the Public’s Attitudes Toward the Public Schools, released Sunday, found that 54 percent of respondents are against teachers using the Common Core – the new standards for math and English language arts. However, the level of opposition was divided along racial and ethnic lines – just 35 percent of blacks and 50 percent of Hispanics are against it.

The poll is the longest-running survey of public attitudes toward education, which this year included phone interviews with 1,000 adults and Internet surveys with 3,499 adults. For the first time, pollsters were able to divide results by black, Hispanic and white respondents. The results are not categorized by state.

While the poll found nationwide opposition, California residents responded more favorably to the Common Core in two statewide polls earlier this year by Children Now and the Public Policy Institute of California. The Children Now poll found that 30 percent of respondents overall oppose the standards, while the PPIC poll showed 31 percent opposed. Similar to the national poll, both state polls reported stronger support for the standards among Hispanic and black respondents.

The statewide polls reflect how California has responded to the Common Core compared to the rest of the nation. In some other states, most notably in New York, parents have protested and pulled their children out of testing in large numbers, while in California there has been relatively little opposition.

Nationwide, 43 states and the District of Columbia have adopted the Common Core standards.

Most of the protests in other states have been in places where high stakes are tied to results of tests based on Common Core standards, such as teacher evaluations and decisions to retain children in the same grade.

However, California does not rely solely on tests to make such decisions, said Linda Darling-Hammond, Stanford Graduate School of Education professor, during a conference call with reporters Friday to discuss the poll.

“In California, where they are not used for those purposes, there’s generally a more positive view of the Common Core,” Darling-Hammond said.

The first results of how students performed on tests aligned with Common Core standards in California – the Smarter Balanced Assessments – are due to be released in September.

While most PDK/Gallup Poll respondents reported they were against the use of the Common Core standards, 39 percent responded that achievement standards in general are too low.

Respondents’ knowledge of Common Core was spotty in both the national poll and the state PPIC poll. Just 22 percent of Gallup Poll respondents said they knew a “great deal” about the reading, writing and math standards.

In the PPIC poll earlier this year, California respondents reported they knew little about the Common Core standards and tests aligned with them. About 55 percent of parents said they had heard nothing about the Smarter Balanced Assessments, which were given for the first time in the spring after field tests last year.

The Gallup Poll also asked participants’ opinions about the “emphasis on standardized testing in the public schools in your community.” Of those, 64 percent reported that there is “too much emphasis.” While the majority of black and Hispanic respondents also felt the same way, there were fewer who were against the testing emphasis – 57 percent and 60 percent, respectively.

Andres Alonso, a professor of practice at the Harvard Graduate School of Education, said black and Hispanic parents may be more supportive of testing because the scores could show potential problems in their schools and allow them to lobby for changes.

“In communities in which they feel historically there has been inequity in the distribution of resources and opportunities … then there is going to be a demand of some kind of external, objective measure in order to push for different types of distributions,” Alonso said in the conference call.

As to whether parents should be allowed to have their children opt out of taking the test, 41 percent said parents should have that right. And 31 percent of respondents who are parents said they would excuse their own children from testing.

In addition to standards and testing, the Gallup Poll also addressed a school issue that has taken center stage in California this year – vaccinations. In June, Gov. Jerry Brown signed one of the country’s toughest mandatory vaccination laws, ending exemptions based on personal or religious beliefs.