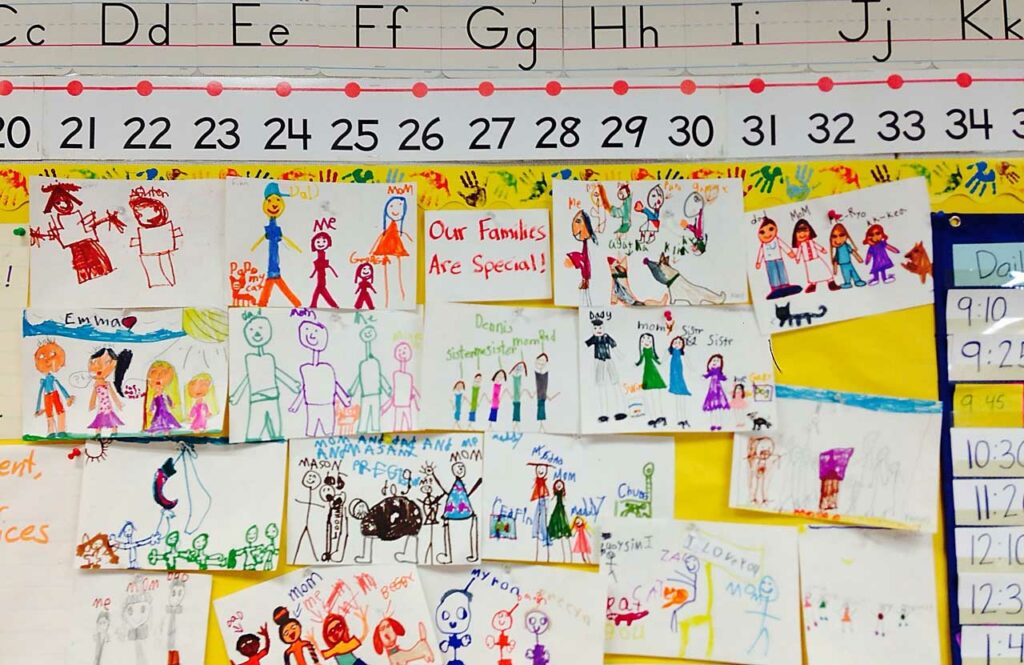 When the U.S. Supreme Court issued a major civil rights decision on marriage in Loving v. Virginia in 1967, striking down a state law banning interracial marriage, Alameda Unified teacher Gene Kahane was a 3rd-grader in Richmond, California, and didn’t hear about it. News of social change travels faster and farther now – and almost immediately into the classroom.

Across California and the nation, educators say the Supreme Court decision legalizing same-sex marriage stands to improve, over time, the way gay and lesbian people are talked about at schools, both in the hallways and in the curriculum.

“I think we’ve crossed a threshold toward acceptance and welcome,” said Todd Savage, president of the National Association of School Psychologists.

Savage and other educators said the ruling will give new momentum to efforts to make schools safer and more inclusive for gay, lesbian and transgender students, as well as the more than 200,000 schoolchildren nationwide – including at least 30,000 in California – who have same-sex parents.

Sara Train, coordinator of the Los Angeles LGBT Center’s Project Spin, which works with the Los Angeles Unified School District to end bullying, said the ruling is “a path to equality” for gay and lesbian people and “a validation” that will affect school culture.

“I think we’ve crossed a threshold toward acceptance and welcome,” said Todd Savage, president of the National Association of School Psychologists.

She referenced the words of Justice Anthony Kennedy in the June 26 Obergefell v. Hodges decision in favor of the right to marry for gay and lesbian couples. “They ask for equal dignity in the eyes of the law,” he wrote. “The Constitution grants them that right.”

And she praised the words of President Barack Obama, who called the ruling “a victory for the children whose families will now be recognized as equal to any other.” Obama referred to the struggles of gay, lesbian and transgender individuals who were able to “endure bullying and taunts” and “slowly made an entire country realize that love is love.”

Train said, “The idea of any LGBT person being a second-class citizen, and not having rights, respect and equal treatment, is now debunked.” At schools, she said, hostility will be tolerated less.

“The ruling is going to make it that much easier for adults in schools to feel OK in talking about LGBTQ (lesbian, gay, bisexual, transgender and queer) topics and families,” said Johanna Eager, director of the Welcoming Schools project of the Human Rights Campaign Foundation, which provides diversity training to school staff, including those in Oakland and Berkeley. “It gives a legitimacy to having these conversations.”

California has been in the forefront of efforts to update school curriculum to include the gay and lesbian political movement as well as gay individuals and families. The Fair Education Act, or Senate Bill 48, effective in 2012, called for inclusion of topics related to gay and lesbian people as well as disabled individuals. The law also reiterated the state ban on classroom instruction that promotes discrimination on the basis of sexual orientation.

But the promise of the Fair Education Act has yet to be realized, Kahane and others said. Widespread inclusion of gay subject matter has stalled while the state revises its social studies and history curriculum framework, the extensive grade-by-grade curriculum guide for teaching the state standards. Revision of the framework began in 2009, paused for six years during the economic downturn and is again underway. The state no longer officially adopts history textbooks but instead approves of textbooks that school districts select.

As the timeline for the revision unfolds, Laura Kanter, director of youth programs at the LGBT Center OC in Santa Ana, said the marriage decision should ensure the gay civil rights movement a place in classes about the workings of the Supreme Court, the Constitution and social change.

“This decision is being lifted up as one of the most important civil rights decisions in our history,” said Kanter, who is a member of the school climate committee for the Santa Ana Unified School District. “I don’t think people can get away with teaching history or government without talking about this.”

Books and materials that reflect the updated framework are likely to be on the shelves by fall 2017, said Bill Honig, vice chairman of the state Instructional Quality Commission. In the meantime, individual teachers are integrating gay and lesbian experiences into history, social studies and English classes, as well as elementary school readings and conversations about families. Students who see themselves reflected in the curriculum are more engaged in learning, research has found.

Hours after the Supreme Court decision, Welcoming Schools and the National Education Association issued “Who Can Marry Whom?” – a two-page guide to help educators talk about marriage equality.

At the One Archives Foundation in Los Angeles, a repository of lesbian, gay, bisexual and transgender materials, staff members and volunteers scurried to collect copies of newspapers and magazines that announced the ruling – artifacts that will become primary source materials for students of the gay and lesbian equality movement, said Jamie Scot, project manager for One Archives. Scot immediately updated a visual timeline of gay and lesbian history, used in some high schools, to include a new entry for June 26, 2015, headlined “Love Wins.”

And Kahane, a member of Alameda Unified’s LGBTQ Round Table, an advisory group, received an email from a student celebrating the court decision and thanking him for creating a safe setting for classroom discussions of gay-themed literature. Such works included “The Hours,” by Michael Cunningham, a fictional account of the life of author Virginia Woolf that includes a gay male narrator. The student was glad that the literature had not generated “an ugly response,” Kahane said.

California has been a national leader in protecting gay, lesbian and transgender students from harm through legislation known as Seth’s Law or Assembly Bill 9, effective in 2012, which strengthened anti-bullying laws. But attitudes in schools haven’t always kept pace, according to a 2013 survey of 888 California lesbian, gay, bisexual and transgender high school students by the Gay, Lesbian and Straight Education Network, an Oakland-based national advocacy group.

Nationwide, students who are lesbian, gay, bisexual or transgender report higher incidents of mental health issues, including feeling sad and wanting to harm themselves, than heterosexual students, according to a 2014 study of more than 72,000 adolescents published in the American Journal of Public Health. The study found that 23 percent of lesbian, gay, bisexual or transgender youth had attempted suicide in the year prior to being surveyed, compared with 6.6 percent of heterosexual youth.

But that disparity nearly disappears in schools that create positive environments for lesbian, gay, bisexual and transgender students, according to a separate 2014 study published in the American Journal of Public Health. Supportive school climates were identified by factors that included the presence of Gay-Straight Alliance groups, anti-harassment policies, relevant trainings for staff, and curriculum on gay-related topics.

The process can take time.

“I’ve become more patient about some of the problems,” Kahane said. Some teachers, particularly at the elementary school level, are “fearful of pushback from parents,” he said. But for him, he said, “This work has been a privilege.”