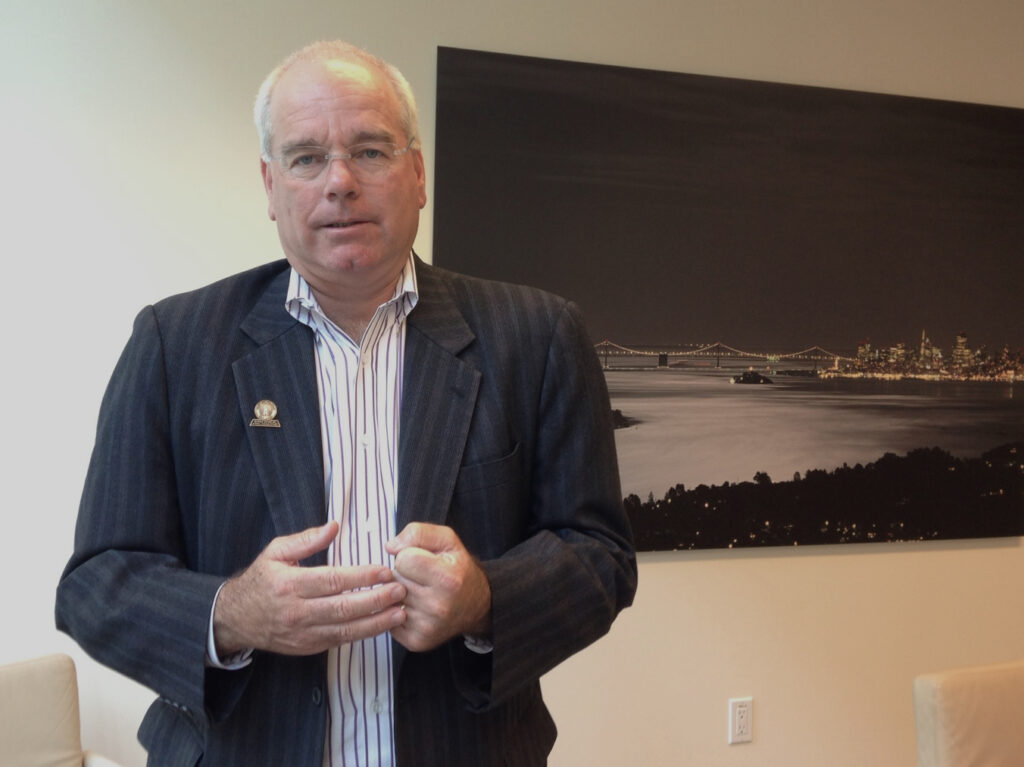 For more than three decades, Lenny Mendonca has analyzed big problems and recommended big fixes in government – both for pay, as a senior executive with the Washington, D.C., and San Francisco offices of McKinsey & Company, a global management consulting firm, and now as an adviser and board member of a dozen nonprofit organizations.

Public sector leaders regularly seek his advice. Ted Lempert, president of Children Now, whose board Mendonca chairs, says a number of state budget and government reforms, like legislative redistricting, have Mendonca’s “fingerprints” on them.

Mendonca supports the big changes transforming California’s K-12 schools and offered to share his view of the Common Core standards and the Local Control Funding Formula. He has a native Californian’s perspective, having grown up milking cows on his family’s farm in the Central Valley. He graduated from Turlock High before heading off to Harvard University, where he graduated with honors. Both of his daughters attended public schools in California, and one teaches in San Bruno.

Before he retired as a senior partner from McKinsey, Mendonca, 54, founded the firm’s U.S. state and local public sector practice, and oversaw the McKinsey Global Institute and the firm’s communications. He served for a decade on McKinsey’s board of directors. Among his nonprofit leadership roles, he co-chairs California Forward, is chair emeritus of the Bay Area Council and is on the boards of New America Foundation, the Committee for Economic Development and College Futures Foundation.

Mendonca talked with EdSource about education in California.

If you were brought in as a consultant to the State Board of Education or the Legislature that’s changing its funding system at the same time that it’s implementing new academic standards and changing the way it measures schools, what advice would you give?

I am a huge fan of what the state is trying to do, both to its aspiration, that all kids should be career- and college-ready, and that we want that to happen at a pace and scale that no one’s ever seen before. We believe there should be very big changes in the system around local control funding, aligning resources around where the needs are, and in the implementation of a new curriculum. All are happening all at the same time. It is extraordinarily ambitious.

You would not have said to the Legislature and Jerry Brown, “Go serially, and not do it all at once.”

No. Because they’re related. If you’re not giving people the alignment of resource, they’re not going to be able to accomplish what you want them to accomplish. And if you’re not clear on what you’re trying to accomplish, you’re just spreading the money around, and (saying), “Go do what you’re already doing.” So I think you need both.

What I would say is there is a big piece of this that is not there, that I’m most concerned about, which is professional development.

There’s a bunch of concerns around “How do you do the assessments right? How do you get the technology in place? What’s the real accountability system?” Those are really, really important. I think I can see a path to those. I don’t think we have any sense of how you actually develop hundreds of thousands of teachers and principals and school-board members and administrators. That is a massive exercise, and I don’t think we are 1 percent of the way to thinking that through.

As somebody who lived in, grew up in California, and worked here for decades, too, did you see the sort of limitations of California’s standards, or the graduates of California schools, that were, perhaps, limited, in terms of the knowledge that they had, coming out of high school?

I graduated from high school right at the time Prop. 13 was passed, so I’ve been here for a long time, and I’ve worked here, with the exception of being on the East Coast for half a dozen years, for my entire career. The first standards that were set were a very good first start.

I don’t think of it as, “The old standards were bad or too low.” They are evolving. That’s what happens when you set benchmarks. You have to know how you’re doing, and how fast you’re progressing. And then, as the world moves, you redevelop them.

I don’t think we have any sense of how you actually develop hundreds of thousands of teachers and principals and school-board members and administrators. That is a massive exercise, and I don’t think we are 1 percent of the way to thinking that through.

It was possible, when I was in high school, to get a living-wage job with the expectation of a good pension with a high-school education until you retire. It doesn’t work that way now. And so we have to help people gain a set of skills by completing college, or at least two years of more technically oriented training. And then we have to help people think about their career, not as one place for your life, but as having tours of duty that are two or three years in a number of places. And your job is going to change dramatically five times during the course of your life even if you’re in the same job in the same company or organization. That’s a different and harder challenge.

How would people in business be helpful in sending the message about the importance of Common Core?

Even in California, where there is broad-based support for Common Core, you cannot take for granted that everything that’s required to ensure that we deliver the Common Core is put in place. And so business needs to use their voice to say, “That really is important, and we’re going to be part of ensuring that the standards stay.”

Number two, particularly when you combine Common Core with the Local Control Funding Formula, there’s a lot more responsibility and expectation with money flowing to the local level. It’s important for business leaders to get engaged where their employees live, where their kids go to school. You know, post the early ‘80s, business largely checked out of K-12 education.

There were only two ways to engage that made any difference: Locally, at your own school or at some really macro-policy level, where business people got frustrated that they couldn’t make any difference. Now, there’s a lot more expectation at the school-district level, now that you actually have a lot more flexibility, and a resource aligned around needs. Now you actually have to deliver that through your LCAP. Common Core and the Local Control Funding Formula encourage businesses to have an expectation that their involvement can make a difference. I would hope more business people run for school boards.

Can I say one more thing?

Business leaders in California should debate issues around the Common Core, which in California is so much more productive than in most of the rest of the country.

Common Core is not a partisan or political issue in California for the most part. The discussions are more around “How do we make this work?” In a lot of the rest of the country, the discussion is to throw it out or not.

Business leaders here, especially if they’re involved with national organizations like I am with the Committee for Economic Development, need to make that case in language that business people understand.

The goal of the Common Core is to prepare kids for college and careers. It’s easier to define “college-ready,” based on what the California State University and the University of California require. How would you define career-ready?

There are not simple metrics to explain that yet, though a few things are helpful. Number one, the expectations of the CSU system, whether you go to a four-year college or not, are pretty good proxies for what you’re going to need to have a living-wage job in California.

Second, it turns out that, beyond some reasonable level, things that employers typically screen for, like “What school did you go to?” “What was your scores and grades in school?” are pretty bad indicators of “Are you going to be successful in the job we’re offering?” And so trying to get a richer understanding of things like resilience, communications capability, teamwork. Evidence of leadership. Ambition for accomplishing something. Those things are much better indicators of if someone is going to be a successful, longer-term employee than what your résumé says. Employers are going to have to get better at that.

What pitfalls should the state think about as it goes through a transition to Common Core?

We have to prepare parents for what happens the first time we have real results on the new assessments. They’re going to be disappointed. We have to plan for, “You know, these are different standards, so don’t compare (the results) to what they were before, or feel like that means your kid is failing, the school is failing. They are high standards, and they’re not the same.”

Second, there is a possibility that we will have teachers overwhelmed by all these changes. Right now, they’re very supportive, and want to make it work. But if we layer all this on top of them, and don’t give them the time and space and resource and tools to improve, we are going to have a backlash. Front-line teachers are going to say, “You’re asking me to do things that are unrealistic.” And we can’t have that happen.

Third, the budget is not going to be great forever. So what happens the first time we have a downturn in the state, and what does that do to all of what we’re talking about? I haven’t thought through what to do, but we should be thinking about it.