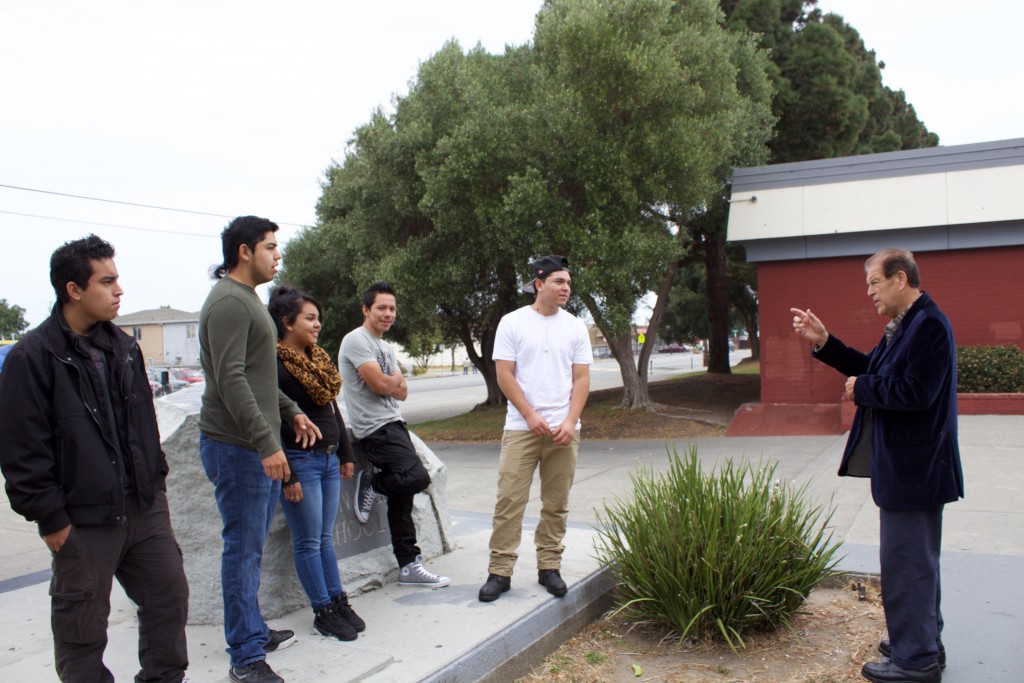 Students in the class of 2015 who haven’t passed the California High School Exit Exam may be able to graduate soon, based on action planned this week in the Legislature.

In response to media coverage about students left with no recourse after the California Department of Education abruptly canceled the July administration of the test, legislators acted swiftly to find a quick fix when they came to work Monday after their summer break.

They earmarked SB 725 by Sen. Loni Hancock, D­-Oakland, dealing with visual and performing arts education, for “gut­-and­-amend” action on Wednesday that will replace language in the original bill with new wording exempting the students from the requirement to pass the exam to receive a diploma. An urgency clause will be added and the bill is expected to go to the full Assembly for a vote on Thursday, said David Rolland, spokesman for Assembly Speaker Toni Atkins, D­-San Diego.

Atkins and Senate pro Tempore Kevin de Leon, D­-Los Angeles, issued a joint statement last Friday expressing concern about the 5,000 students throughout the state who weren’t able to re­take the exam as planned, in order to fulfill California’s graduation requirements.

“We intend to solve this issue as quickly as possible by proposing urgency legislation for these displaced students,” the statement said. “These students are stuck in a bureaucratic limbo through no fault of their own and we are committed to helping them move forward.”

This was welcome news to several West Contra Costa school district students who were denied the opportunity to graduate with the rest of their class after they failed the May exam and were told no test would be offered in July.

“I quit my job at Wendy’s so I could go to summer school, because I know school’s more important,” said Brenda Diaz, an 18­-year-­old Richmond High student who lives in San Pablo. “I’ve been calling my counselor to find out what’s going on. They told me to just wait. I can’t get a better job because I need my high school diploma. I want to go to college.”

Her classmate Felipe Campos, 17, said he needs his diploma so he can join the military. “I don’t understand any of this,” said Campos, a Richmond resident who missed passing the English and math exams by only 10 points. “I’m kind of mad. It’s important because I’m studying for a test to enter the Army. If I don’t have my diploma, I don’t have a chance to get in.”

Their counselor Edel Alejandre was so upset about the state’s decision and the district’s failure to immediately notify those affected that he wrote to the governor and the district school board about his 28 students who have had to put their lives on hold.

“They didn’t take the kids into consideration,” he said. “How can you not have taken into account the feelings of the parents and the students? I had to tell them and it was not pleasant.”

Some panicked students even called him while he was on vacation in Mexico to seek his advice.

The Department of Education canceled the July administration of the exam because the contract with the testing company, Educational Testing Service, did not include any tests after May. Department officials were awaiting direction from the state Legislature about replacing the exit exam before taking action on the contract.

Senate Bill 172 by Sen. Carol Liu, D­-Canada Flintridge, proposes to suspend the exit exam for students in graduating classes between 2014­-15 and 2017­-18 to give the state time to consider alternatives based on new Common Core standards, according to the  Department of Education’s recommendation. It is expected to be considered later this month.

Alejandre was impressed by the San Francisco Unified School District Board’s decision last Friday to defy state law and issue diplomas to its students who had fulfilled all graduation requirements except for passing the exit exam. He said he wished the West Contra Costa school board would take similar action.

West Contra Costa Trustee Randy Enos said he would be willing to follow San Francisco’s lead, but he couldn’t speak for the rest of the board.

“Personally, I think it’s really important that we correct this so those young people can go ahead and graduate without having to go through a whole lot of problems, because they’ve been through quite a bit already,” he said.

But Todd Groves, president of the West Contra Costa school board, said he would be hesitant to issue diplomas that might not be considered valid.

“This is sending ripples throughout the education system,” he said. “This policy indecision at the state level has been painful. We were assuming the legislation would be passed much earlier.”

The San Francisco school board took matters into its own hands after some students complained that their admission to state universities had been rescinded because they were unable to complete the exam graduation requirement. The state’s decision to rescind the final test administration “disproportionately affected students of color, English learners and socioeconomically disadvantaged students,” according to a district news release.

“Students, when you raise your voice and demand justice, justice will be done,” Superintendent Richard Carranza said.

The state has not taken any action to invalidate the diplomas, said Gentle Blythe, spokeswoman for the San Francisco district, in a phone interview. In addition, she said some other districts may consider similar action.

“We’ve been in discussion with other districts even prior to the board policy change, and had a lot of interest,” she said. “But I can’t speak for any other district in terms of what their actual plans are.”

The California State University system announced Tuesday that it would allow incoming first­-time freshmen to start classes if their high school transcripts show no graduation date due to the cancellation of the exit exam.

“California high school graduates who aspire to enroll at a CSU campus and meet all other requirements for admission to the CSU will not be turned away because of the decision to cancel the exam,” said Loren Blanchard, CSU executive vice chancellor, in a prepared statement.

Bill Ainsworth, communications director for the state Department of Education, said in an email that the state would not penalize San Francisco Unified or any other district that issues diplomas to students in the class of 2015 who met all graduation requirements except passing the exit exam.

“This is a rare event that we know will not be repeated again,” he said.

University of California spokeswoman Dianne Klein said she was not aware of any students admitted who were affected by the exit exam cancellation.

If the Assembly approves SB 725 as amended, it would move onto the Senate for approval and could be signed by the governor within days. Once signed, it would go into effect immediately.