Threats from alleged terrorists, some more widely publicized than others, have now been sent to school districts in San Francisco, Long Beach, Miami, Fort Lauderdale, Dallas, Houston, New York and Los Angeles, as of Thursday. No matter that each threat has been investigated and found to be not credible. Whether targeted or not, school districts are being asked to respond to what Jeff Godown, chief of the Oakland School Police Department, earlier this week called “an air of anxiety in this country.”

The advice schools are receiving, experts say, starts with this: Keep the adults calm.

“To the extent that teachers are overtly anxious and frightened, that’s not a good thing,” said Stephen Brock, past president of the National Association of School Psychologists.

As with any crisis that involves children, adults are responsible for helping students manage their anxieties, said Stephen Brock, past president of the National Association of School Psychologists and an education professor at Sacramento State University. “Children take their emotional cues from the significant adults in their lives,” Brock said. “To the extent that teachers are overtly anxious and frightened, that’s not a good thing.”

Public anxiety about terrorist threats has increased in the aftermath of attacks in Paris and San Bernardino, according to opinion polls, and concern about keeping children safe at school has been heightened for years because of school shootings. Some schools already struggle to maintain normalcy while living in an atmosphere of fear and uncertainty – they are in communities with high rates of violence, drug abuse or student suicides. All schools affected by trauma benefit from similar coping strategies – including the need to stay calm and stay connected, according to the Trauma and Learning Policy Initiative, a Massachusetts-based organization that works to create “trauma sensitive” schools.

School districts are coaching teachers on age-appropriate ways to talk with children about frightening events and distributing tip sheets for parents. Most important, experts say, school districts are advising their employees to talk with their peers or with counselors about their own anxieties, so they will be better equipped to create a sense of calm in the classroom.

“Part of it is giving ourselves time to reflect, before we feel we have to talk to kids,” said Melissa Brymer, program director for Terrorism and Disaster Programs at the National Center for Child Traumatic Stress at UCLA and Duke University. “We need to process all of this.”

In a letter to staff Tuesday night Los Angeles Unified Superintendent Ramon Cortines made the same point. “The role of the principal in this time of crisis is crucial and adult self-care is often left until the aftermath,” he wrote. “Please be aware of all adult emotions and provide spaces and places for teachers and adults to discuss events in a safe and caring environment.”

“Educators are really placed as first responders,” said Leora Wolf-Prusan, a school climate and student support specialist at WestEd, a San Francisco-based research organization, and they are “dealing with conversations you thought you’d never have to deal with.”

During times of stress, simple gestures remind staff of a shared humanity, Wolf-Prusan said. A principal stopping by classrooms in person to check in with teachers, rather than sending a text or email, creates a connection, she said. In turn, principals need a place to check in with administrators about what they’re experiencing, she said.

In a video posted Tuesday on Facebook by Echo Parenting and Education, a Los Angeles nonprofit organization, founder Ruth Beaglehole gave parents direct advice. “Your job is to keep yourself calm,” she said. “Breathe as necessary.” Describe events in a matter-of-fact manner, she said. Emphasize that the “people in charge” are doing everything they can to keep students safe. End on an optimistic note.

“Number one, number one, for children is the question of safety,” Beaglehole said.

For students who have experienced the loss of a parent or other traumatic event, an emergency at school can bring up intense feelings, Beaglehole said. They “might get really triggered, as we say, and pushed into a really panicky kind of place – What happened? What happened? Is it going to happen here?”

Students in the early grades might want to create their own book about “What happened today?” that tells the story of school closure in Los Angeles or any other scary event in a few pages of drawings and text, and in doing so make the anxiety manageable, Beaglehole said.

Younger students need brief, simple information “balanced with reassurances that their homes and schools are safe and that adults are there to protect them,” according to a tip sheet for parents and educators from the National Association of School Psychologists. 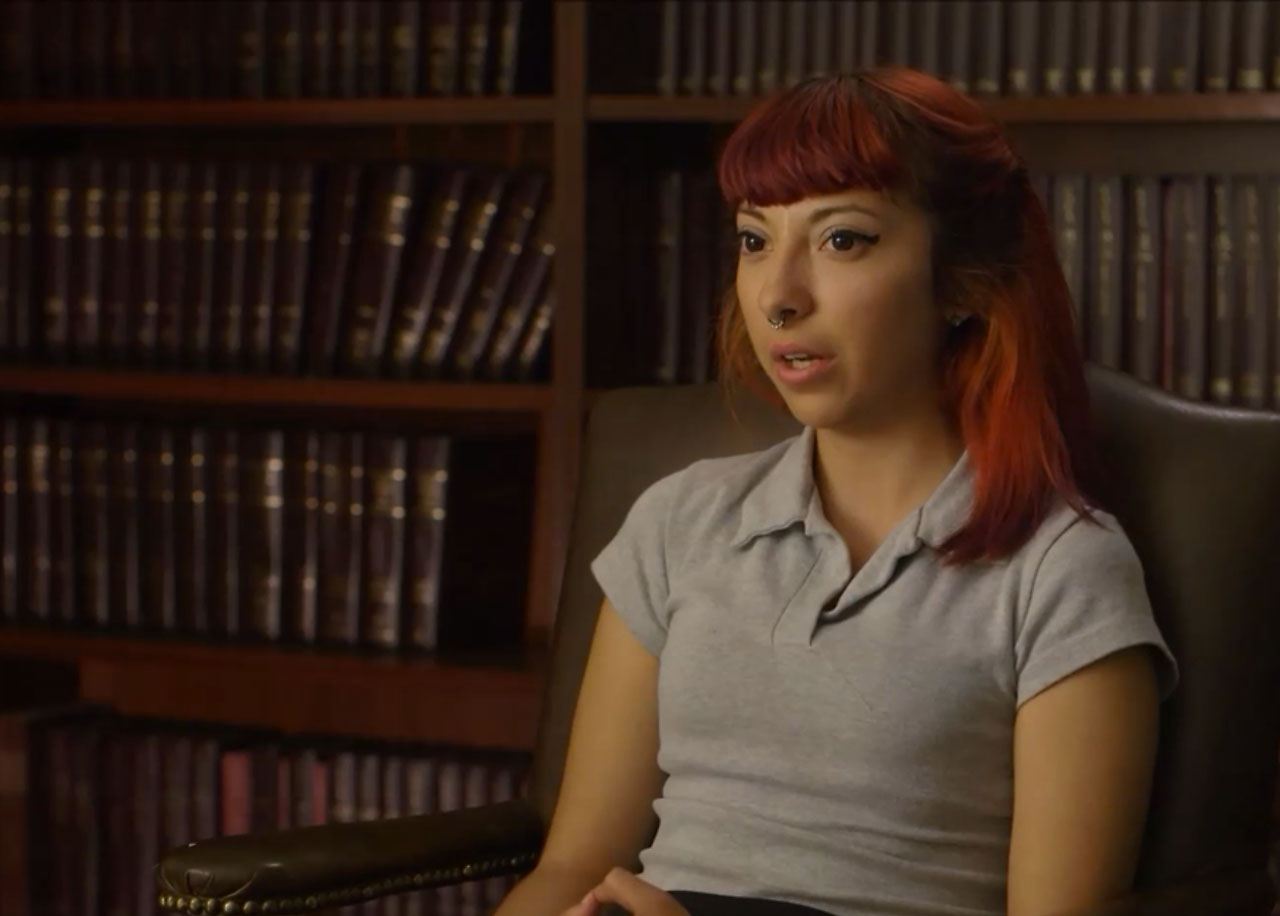 Older students may have heard rumors and false information, which adults need to correct. Avoid the use of the words “bomb” or “terror” – this only exacerbates fear and stress on families, teachers and students, said Wolf-Prusan.

According to guidance sent by Los Angeles Unified to principals, teachers and parents, teachers are encouraged to use existing social support structures, such as morning meetings, restorative justice circles and advisory groups, to give students a chance to talk.

“What makes you feel safe in school?” is a question teachers could ask.

The success of these conversations, said Brock from Sacramento State, depends in large part on whether students feel that an adult on campus – a teacher, principal, custodian, secretary, coach or other staff member – knows them, cares about them and will look out for them in an emergency.

“Connectedness is the belief that they know me as a person and they care about me – I’m not just a name on a roll,” Brock said. “It really helps kids cope.”

Pia V. Escudero, director of School Mental Health, Crisis Counseling & Intervention Services for the Los Angeles Unified School District, said the district relies on an approach called Psychological First Aid, which is a set of guidelines for addressing mental health needs in schools. The guidelines were developed by the UCLA Center for Public Health and Disasters, the LAUSD Trauma Services Adaptation Center, and the University of Southern California’s National Center for School Crisis and Bereavement.

Dewey Cornell, a forensic psychologist and co-author of a 2015 study on the risk of multiple-casualty homicides at schools, said that the starting point for conversations about school safety is for adults to know that despite tragic school shootings, the risk of being gunned down in a mass attack at school is extremely low.

“It is important for school staff to recognize that schools are one of the safest places in our community,” said Cornell, a University of Virginia professor, in an email. Cornell’s study analyzed FBI data from 2005 through 2010 and found that more than 70 percent of multiple-casualty homicides occurred at home or on streets, compared to 0.8 percent at schools.

“Gun violence is 10 times more likely in a restaurant than a school, and more mass shootings occur in restaurants than in schools, yet there is no fear of going to restaurants,” Cornell said. “The fear of school violence has been exaggerated by the poignancy of some extreme but statistically rare cases.”

Resources on how to help students, staff and parents in a crisis