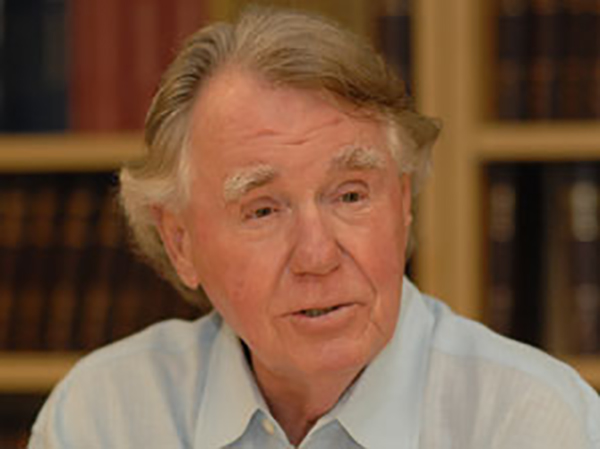 John Mockler, a longtime and well-respected expert on California education policy and finance who wrote the school funding law Proposition 98, died Tuesday in Sacramento of pancreatic cancer. He was 73.

“John knew education law like no one else and was able to put school finance on solid footing that endures even today,” Gov. Jerry Brown said in a statement. “He was also a great human being who I will deeply miss.”

Mockler held a number of top positions in California education and politics during his lengthy career. He served as executive director of the State Board of Education, was education secretary under former Gov. Gray Davis, and served as top education aide to Willie Brown when Brown was Speaker of the Assembly. Mockler was also a longtime member of the EdSource Board of Directors and founded an educational consulting firm, Mockler and Associates, in Sacramento.

One of his most lasting impacts on California education policy is authoring Proposition 98. The voter initiative, approved in 1988, sets guaranteed minimum funding levels for education in California. Mockler used to joke that he made the law intentionally confusing so that state officials would have to hire him to interpret it, according to an obituary in The Sacramento Bee.

“In the arcane world of education funding, John Mockler is the Oracle,” Capitol Weekly wrote in a 2009 article listing Mockler No. 83 on its list of California’s top 100 “power brokers.”  “(California political commentator) Joe Matthews once joked the Legislature should introduce a Constitutional amendment that Mockler must live forever, lest there be nobody left who understands Proposition 98. … Since education funding is implicated in every budget decision, Mockler is still a part of any change on tax policy or spending reductions in the Capitol.”

“His name is legend, over and over again,” said Ken Hall, president of the EdSource board of directors and founder of School Services of California, a financial, management and policy organization for school districts. Mockler made enduring contributions to educational policy, Hall said.

Colleagues remembered Mockler for his quick wit, sharp intellect and no-nonsense approach, especially for those he felt had wrong-headed ideas about schools.

“He could count on the fact that he was right and you were wrong,” said Lawrence Picus, professor at the USC Rossier School of Education and a school finance expert who knew Mockler for 30 years.

Proposition 98 has been criticized over the years because it set funding for education based on a complex formula tied to fluctuating state revenues and not on student needs or adequate funding levels. But Picus said the measure was intended to be a floor, not a ceiling on education funding, and it’s important to remember the context of the times. When the ballot measure was written in 1988, lawmakers were considering using state lottery proceeds to cut other sources of state education funding. Prop. 98 was put before voters to prevent them from doing that, he said.

State Board of Education member and former EdSource Executive Director Trish Williams, who worked with Mockler for nearly two decades during his time on the EdSource board, said Mockler was “both a patient mentor and a tough schoolmaster when it came to staff understanding the arcane intricacies of California’s school finance law.”

“He often drove me crazy with his vigilance but just as often made me laugh out loud with his wit and blunt candor,” she said.

State Board of Education member Carl Cohn, also an EdSource board member, said, “He was a great storyteller and could talk about governors and members of the Legislature. I’m sort of a political junkie so it was great to be around someone like that.”

Mockler had “an interesting way of coining phrases,” Cohn recalled, including what Mockler called the ” ‘California schools suck industry,’ or ‘people who make their living hand-wringing about how bad California schools are,’ when in fact a lot of progress had been made in John’s view, especially with African-Americans and Latinos in the last decade or so. I will forever be grateful to him for that.”

Mockler was born in Chicago, grew up in San Diego and earned a bachelor’s degree from UC Santa Barbara. He is survived by his life partner, Carol Farris, two children and five grandchildren, according to The Bee.

“He always had a kind word and twinkle in his unashamed Irish eyes,” Lee said in an email. “I have lost a wonderful friend but not his endearing presence.”