How the CORE districts are designing new measures of school quality 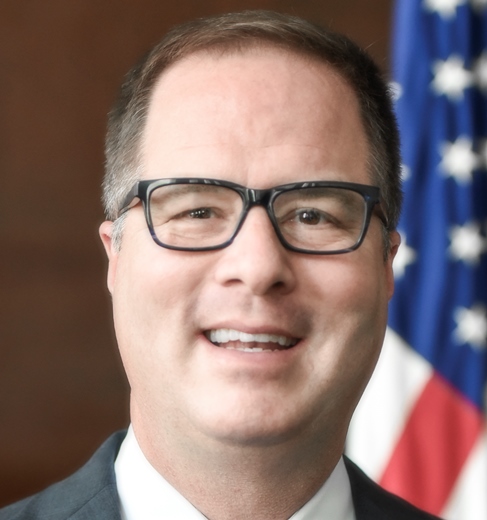 The CORE Districts began in 2010 as a collaboration across school districts exploring ways to improve teaching and learning. In 2013, several school districts in the CORE consortium received a federal waiver from some provisions of the No Child Left Behind law and are working together to develop a new School Quality Improvement Index to provide more and better information about schools and the learning needs of students. The Index scores for schools and districts will be published for the first time later this fall.

In a series of essays to be published as a public service by EdSource, the CORE districts will describe their new school improvement system, and the often difficult decisions school district leaders had to make to develop a system that more fairly and comprehensively measures how well schools and students are doing. The six school districts developing this new accountability system are Long Beach Unified, Los Angeles Unified, Santa Ana Unified, Fresno Unified, Oakland Unified and San Francisco Unified.

The following is an introduction to the series by Fresno Unified School Superintendent Michael E. Hanson, president of  the CORE Districts’ Board of Directors.

In some education circles the term “accountability” has become a dirty word. Many educators see it as synonymous with blame or punishment. But what if such systems could instead be used to provide more and better information about the achievement and learning needs of all students? And what if that information could be used to fuel an ongoing system of continuous improvement that empowered educators to build the capacity of schools and support instruction in ways that helped all students to learn? That’s the system we are trying to develop among CORE districts.

Our work began in 2013 after the U.S. Department of Education turned down California’s request for a waiver from some portions of the No Child Left Behind law. Seeking relief, the CORE school districts, representing more than 1 million students, took the unprecedented step of requesting district-level waivers from the federal law and some of its most onerous provisions. Remarkably, in August 2013, our request was granted. This represents the only instance where the federal government has awarded a waiver to individual districts rather than a state.

This is the first part of an ongoing series on the CORE Districts’ work to design a new accountability system.

A central provision of our waiver is to replace the NCLB accountability system and to develop a new one, which we call the School Quality Improvement System. Our work represents a fundamental shift from a compliance-based system to a collaborative model focused in support of continuous improvement.

As educators, we shared the belief that NCLB’s education expectations were far too narrow, forcing school districts to chase achievement in a system that doesn’t define success in a comprehensive or rigorous way. Drawing on the experience and expertise of educators and researchers, we set out to develop a more holistic and comprehensive model. We wanted no less than to redefine educational accountability, which had come to be seen by many as little more than a word for a punitive system offering schools and districts little to no assistance under NCLB. Instead, we focused on developing the “right drivers,” or measurements that we believe collectively can help prepare more students for college and career readiness. In so doing, we have attempted to design a system that assists schools in identifying needs and targeting assistance and interventions.

We believe our new School Quality Improvement System offers a new model for schools and districts in California and across the nation to move away from a narrow focus on test scores only, toward a broader focus on multiple factors that matter for students’ long-term success.

It also includes measures of a student’s social and emotional health, as well as of a school’s overall culture or climate. These include indicators such as chronic absenteeism and suspension and expulsion rates, how quickly English learners are reclassified as proficient in English, and other information gathered by conducting school culture-climate surveys.

The CORE districts also made a critical decision to include a larger number of children in the accountability system than is currently the case. Under NCLB, in many schools in California, if there are fewer than 100 students in any number of subgroups – such as Hispanic or African-American students, English learners, or those in special education – then the assessment results from their unique subgroup have not been used to determine success as defined by the federal legislation. In fact, these students were systemically marginalized by the accountability system.

In the new School Quality Improvement System, however, performance of subgroups with as few as 20 students is included. As a result, over 150,000 students across our districts will now be counted for the first time. That’s well over 13,000 students in Fresno alone in just the first year! We voluntarily took on this extra level of accountability because we care deeply about all of the children in our schools and are committed to addressing the historic inequities that have persisted for far too long. And unlike NCLB, when a system is designed to help improve as oppose to punish, educators welcome accountability and honest conversations about where we can do better – as long as the underlining system is fair and supportive.

In the School Quality Improvement System, participating school districts share their data on all our measures with our analytical partner, the John W. Gardner Center at Stanford University. The Gardner Center developed and manages the CORE Data Archive, where we collect the necessary data needed to calculate Index metrics – data such as how many days of school each student attended and whether or not a student was suspended in a given year – which is then refined and analyzed to produce metric results for each school and district. The new system will continuously monitor progress and outcomes in order to ensure students are learning to the highest level possible – and then provide usable information back to the school and classroom to help improve teaching and learning.

To build educational capacity, schools that have shown success with certain student populations will be paired with similar schools that are struggling to meet their improvement goals to provide them with support and effective strategies.

The system is also being used to form communities of practice – groups of people from different schools and districts collaborating to solve common issues – based on greatest needs and the similarity of problems of practice. This collaborative, capacity-building emphasis to improvement is modeled after the efforts of several high-performing countries and could have national significance as systems throughout the U.S. seek to find the most effective intervention strategies. This is particularly true as old lines of division that existed due to states and districts having different standards are rapidly fading. The work itself is now quite similar across the U.S.; whether we completely harness the potential collective impact of deep collaboration is our challenge.

Our goal is to create a system that fuels the continuous improvement of schools to better serve students. Collaboration and shared learning is key to that work. In that spirit, over the next several months we will share with a wider audience some of our internal discussions and debates as we make difficult decisions about key aspects of the new school improvement system we are developing.

We believe that when systems are seen as helping to inform and improve education rather than as punishing teachers and schools, educators will welcome accountability and honest conversations about how we can do better. By sharing our successes and failures and working together, we can promote innovation and bring new strategies to scale to improve student learning and achievement.

Michael E. Hanson is president of the CORE Board of Directors and superintendent of the Fresno Unified School District.