How best to measure success with English learners 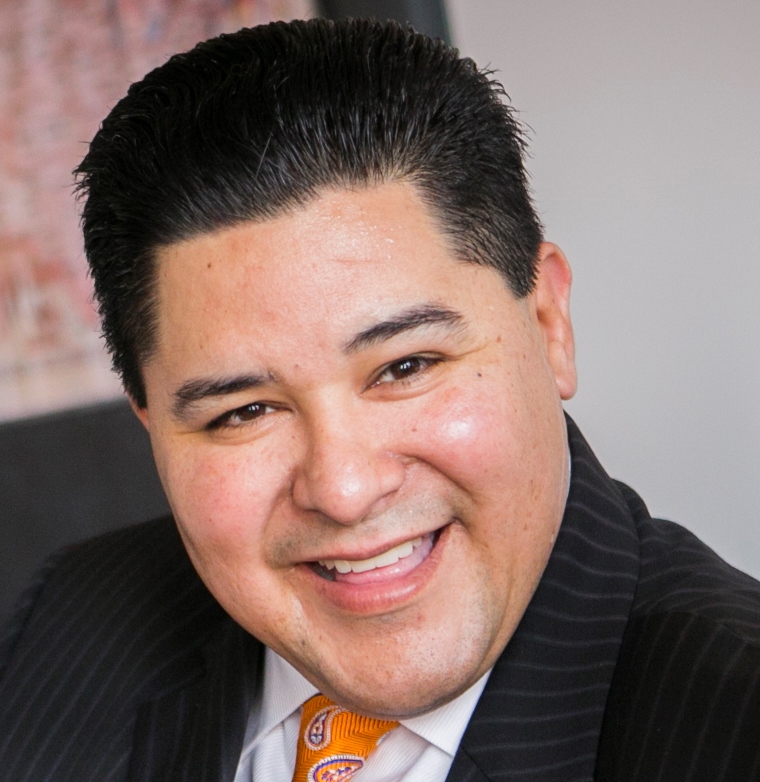 The CORE Districts began in 2010 as a collaboration across school districts exploring ways to improve teaching and learning. In 2013, several school districts in the CORE consortium received a federal waiver from some provisions of the No Child Left Behind law and are working together to develop a new School Quality Improvement Index to provide more and better information about schools and the learning needs of students. The process for creating the Index has been challenging and complex, including finding the best way to measure success in reclassifying English learners as proficient in English. In this piece, San Francisco Unified Superintendent Richard Carranza, who is a member of the CORE Districts Board of Directors, explains how they dealt with this issue.

Nearly 1.5 million students in California – almost one in four public school students – aren’t fluent in English. Here in San Francisco, more than 16,000 students are learning the English language. Research shows that if they don’t become fluent within a certain time period, they won’t have access to college prep curriculum, will be two to three years behind in math and English language arts (ELA), and are likely to have a GPA that’s lower than 2.0. This huge achievement gap between native English speakers and those 1.5 million English learners was the primary motivation for the CORE districts to include an English learner metric as an important element in the new School Quality Improvement System.

The need to have the Index include the rate at which schools and districts reclassify English learners as proficient was an easy decision to make, but harder to implement than we expected. Most school accountability models don’t include reclassification rates at all. While most districts track the rate, the number is just a reported statistic, but is not included in how schools or districts understand or measure their performance.

Devising a measure that worked across all CORE districts, while serving students best and avoiding the unintended consequences of reclassifying students at the wrong time, was no easy task. To tackle the problem we brought together policy, assessment and data experts from our school districts and looked at the English learner reclassification method used by the state. California’s rate is determined by looking at the total number of students to reclassify in a particular year, divided by the total number of English learners enrolled the year prior. This calculation didn’t work for us, however, because it doesn’t highlight the time it takes to reclassify.

This is Part 3 of an ongoing series on the CORE Districts’ work to design a new accountability system.

Research indicates that after five to seven years of instruction, students should develop the skills necessary to be reclassified as Fluent English Proficient, meaning they no longer need additional support in the classroom. In California, an English learner is considered “long-term” when he or she has received six years of U.S. public school instruction in the United States and still is not proficient in English.

After much discussion, we landed on a five-year marker as the point at which English learners should be reclassified as English proficient. Even though not everyone initially supported it, the CORE districts came to this decision for a few reasons.

First, there’s the practical timing aspect. If you’re reclassifying elementary age students past five years, most students will have moved from elementary to middle school, and we wanted to ensure that all schools were jointly responsible for this work. Additionally, shedding light on kids at the five-year mark allows for earlier intervention, because once past that six- or seven-year mark, kids are almost destined to never catch up academically, and are more likely to never be reclassified.

If the five-year point allows for early intervention, one could also argue a four- or even three-year goal would be even better. Research doesn’t support this, however, and finds that students often need five full years of language support before they can be reclassified. Our challenge was designing a system that provided an incentive for schools to reclassify their English learners as quickly as possible, but did not encourage them to do so before students were ready.

This formula would allow us to remain agnostic around how quickly students should be reclassified within the first five years, but say definitively that students needed to be reclassified when they began their sixth year in our schools.

This made sense to us as a reasonable compromise to get to our goals. However, after reaching out for more feedback from district staff, parents, teachers and others, we became aware of significant concerns. Some thought the formula was not transparent, and that it was too complicated and difficult to understand. They also worried that some schools might move in the opposite direction. Schools might feel they had less of an incentive to reclassify as quickly as possible if they wouldn’t “get credit” for reclassifications that took less than five years, regardless of how quickly they moved students.

For example, if an elementary school reclassifies 10 English learners during the school year, but has one English learner with more than five years of U.S. instruction, the school’s rate would be calculated as 10 ÷ (10 + 1) = 91%. And that school, with a 91 percent reclassification rate, would be considered a high-performing school, at least on this metric.

In contrast, an elementary school that reclassifies 10 English learners during the school year, but has eight English learners with more than five years of U.S. instruction, would have a reclassification rate calculated as 10 ÷ (10 + 8) = 56% and would be regarded as an average-performing school on this metric.

We believe this formula provides valuable information and appropriately holds us responsible for reclassifying English learners who have more than five years of U.S. instruction, while crediting schools with any reclassifications made in less time than that. This method also encourages schools to reclassify students in a timely manner, without creating incentives for reclassifying too early or later than desirable.

This metric will be part of the larger School Quality Improvement Index score that will be published for the first time later this fall. It is still far from perfect. While our districts agreed on a five-year marker, there are still those who would have rather aligned with the state and kept a six-year marker.

There have also been questions as to the overall legitimacy of the English learner metric score, because each district uses somewhat different criteria to determine if a student is ready to reclassify. Districts use multiple state-required measures, as well as other local district-determined criteria. For instance, in San Francisco we also consider teacher evaluation for English learners who demonstrate basic skills in English Language Arts in addition to proficiency on the state’s English language development test. But a similar argument could be made for our graduation rate metric, as districts have differing graduation requirements.

While most of the concerns surrounding the English learner metric have been resolved, our districts and schools remain challenged by issues such as which school to give credit to when a student reclassifies in the fall after transferring to a new school. We chose to align with the state’s approach of associating students with the school that completed the reclassification, but this remains contentious because many students who are reclassified in the fall do so based on test performance from the prior school year.

In the end, we are proud of the fact that school districts in CORE have voluntarily stepped up to hold ourselves accountable for the timely reclassification of English learners. We know that we have more work to do and, like everything with our new system, it is a work in progress. But we hope that this work to identify high-performing and struggling schools will result in shared learning and, ultimately, improved student learning. We look forward to being part of a larger conversation around how best to serve our English learners in a high-quality accountability model.

Richard A. Carranza is a CORE Board Member and Superintendent of the San Francisco Unified School District.