Groups push for English learner advocate on state board 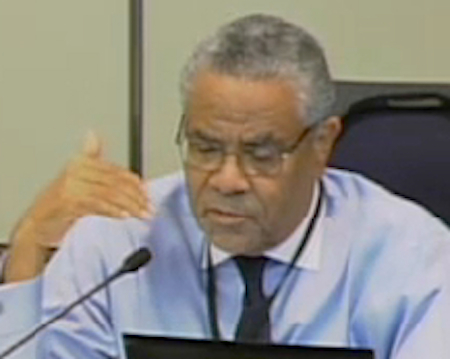 The leaders of 20 nonprofit organizations have called on Gov. Jerry Brown to name “an individual with a track record of advocating on behalf of English learners” to one of two vacancies on the State Board of Education.

Implementing the state’s new school finance system, the Local Control Funding Formula, “was an important step towards providing critical resources to English learners and other underserved student populations,” said the Jan. 16 letter, written on the letterhead of Oakland-based The Education Trust-West. “We now need a voice who will be diligent about ensuring these resources are effective and reach (English learning) students as intended.”

One of the spots on the 11-member board has been open since January 2012, when the term of Yvonne Chan, founder of a Los Angeles charter school, expired. The resignation this month of Carl Cohn, who had served on the board for four years, created a second vacancy. Cohn is a former superintendent of Long Beach Unified who co-directs the Urban Leadership Program at the School of Educational Studies at Claremont Graduate University.*

The advocates’ letter states that the passage of the new funding system, which directs more money to English language learners and low-income students, and the adoption of new academic standards in English language arts, math and science as well as new standards for English learners, “make it a critical time in our state to ensure that English learners receive the resources they need to excel in school.” The letter notes that one in four students in California – 1.4 million children – are classified as English learners. Organizations represented in the letter include the California Association for Bilingual Education, California Latino School Board Association, Public Counsel, the ACLU of California and United Ways of California.

The board currently has one member, Aida Molina, who has taught English learners. Currently the assistant superintendent of Academic Improvement and Accountability for the Bakersfield City School District, she taught bilingual students for five years and is a member of the California Association for Bilingual Education.

Julie White, spokeswoman for the state board, noted in an email that the academic achievement of English learners “will continue to be a high priority” for the board.

Asked for his thoughts on his successor, Cohn wrote in an email, “I hope this doesn’t sound self-serving but, so far, the governor’s instincts have been excellent with regard to what the state board needs in terms of members.… Issuing directives from Sacramento isn’t going to rescue youngsters who are learning English. The smarter strategy would be to advocate for EL (English learner) expertise in districts and schools – the real places that will make a difference in the lives of EL students.”

* Cohn also serves on the board of directors of EdSource