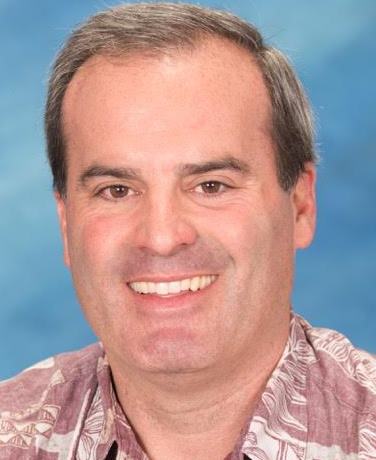 Imagine if the state of California passed a law that stated that children born with blond hair get 14 years of free, taxpayer-funded, public education, while children with other hair colors only get 13 years. We know what would happen next – the public response would be swift, with protests throughout the state. The public wouldn’t stand for such arbitrary discrimination against a group of our students. Legal action would be threatened. The pressure on lawmakers to reverse such a law would be enormous.

Does this sound far-fetched? Maybe, but we have a law on the books right now that essentially does the same thing, just using a different arbitrary characteristic rather than hair color. This is the law that enacted Transitional Kindergarten.

So, effectively what happened is that kids who are lucky enough to be born in September, October, or November are eligible to get 14 years of taxpayer-funded public education (K-12 plus one year of transitional kindergarten), while students born in any other month only get 13 years (K-12).

There is nothing fundamentally unfair in changing the cutoff date for starting kindergarten – we have to pick some date on the calendar. It is of course inherently arbitrary, but it is also not unfair. The objectionable part of the law is the addition of an extra year of schooling for some kids and not for others.

It would be laughable to argue that kids born in just those three months are at a disadvantage to learn compared to those born in other months, and therefore need an extra year of school, nor could it be argued that it is somehow in the state’s larger interest to do so.

Despite what appears to be a serious flaw in the Transitional Kindergarten law, I have hesitated to write such an article over the last few years for fear that we collectively would have put political and/or legal pressure to have the law overturned. I guess I figured getting 25 percent of students an extra year of education is better than none.

I have always advocated for making at least two years of preschool free and part of our public school system, so I feared that any early backlash to the law would set back the movement in this direction. However, given that Transitional Kindergarten is firmly entrenched in school districts (and at least in our district, has been a wildly successful and impactful program), I now find it politically unfeasible for the state to take this away. Rather, faced with the apparent unfairness, the state should do what it should have done in the first place, which is make the program universal for all students.

There have been some attempts to extend transitional kindergarten to all students, and some districts have explored doing it on their own with partial support from the state. The state has now agreed to pay for TK students who turn 5 after December 2 to enroll in a transitional kindergarten program, but to start only paying districts for the days they are in attendance after they turn 5.

Despite most educators’ knowing the value of a universal preschool program, this is a conundrum for districts. A school district can allow students to enroll in the transitional program after they turn 5 – sometime after December 2 – but that could be unworkable from a logistics and pedagogical viewpoint, and still inherently unequal. Districts could also decide to cover the cost on their own for educating younger transitional kindergarten children while they are just 4 years old. That, however, would divert resources the district has to serve students it is mandated by law to serve.

So, as a practical matter, districts (including ours) will likely choose not to serve children who turn 5 after December 2 until the following school year, when they can enter regular kindergarten.

Many educators also argue that allowing all 4-year-olds into Transitional Kindergarten would be inappropriate because it wasn’t designed for a full-year age span of students. But of course the curriculum could be modified to be appropriate for the whole cohort.

What is shocking to me is how little the discriminatory nature of this program has been discussed. All it takes is a few disgruntled parents and some enterprising attorneys to apply serious political pressure and threaten legal action. The legal issues here are complex, and I recognize it is far from certain that a court would agree that the Transitional Kindergarten law amounts to illegal discrimination. However, there may certainly be legal issues, and rather than risking that path, state legislators could act now to require and fund a universal preschool program that would just be part of the existing public school system and open to all children (including funding for school districts for appropriate facilities to support it). It is unclear if the state will be forced to do so at some point, but certainly this would be the right thing to do to benefit all of our children.

Seth Rosenblatt is a member of the governing board of the San Carlos School District. He is also the past president of the San Mateo County School Boards Association. He has had two children educated in San Carlos public schools.