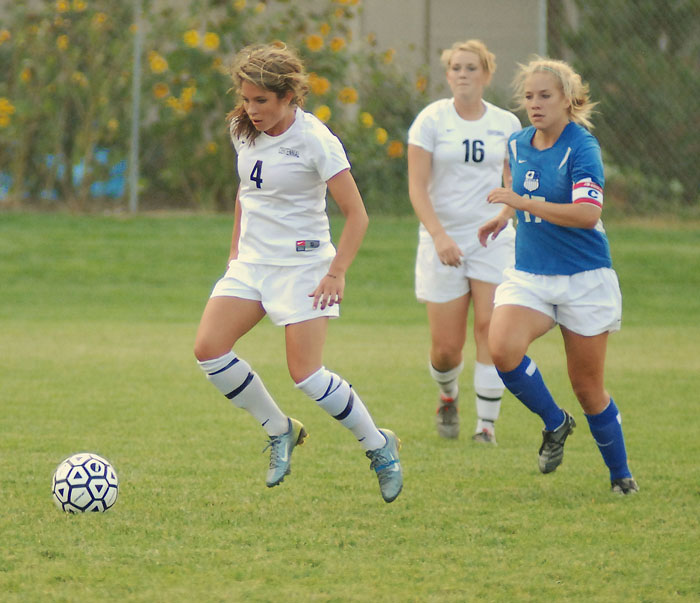 Credit: Wikimedia
CIF announced Monday that fall sports will be pushed back to December; Winter sports -- including girls soccer -- will also be pushed back.

Credit: Wikimedia
CIF announced Monday that fall sports will be pushed back to December; Winter sports -- including girls soccer -- will also be pushed back.

The U.S. Department of Education issued new guidance on Friday reminding K-12 school districts that, like colleges and universities, they also must have systems in place to address sexual harassment and ensure equal opportunities for male and female athletes.

Such systems are required under Title IX of the Education Amendments of 1972.

The guidance comes against a backdrop of national concern about sexual assaults on college campuses. The Department has published a list of about 100 colleges it is investigating regarding how they have handled such complaints.

The federal guidance reiterates that school districts must designate a Title IX coordinator to inform students about their rights and instruct administrators about their responsibilities under the law. Key areas of compliance include ensuring equitable athletic opportunities for girls and boys, providing educational opportunities for pregnant and parenting teenagers, and addressing sex-based harassment.

Title IX is “37 words that really changed everything in the United States for women and girls,” said state Sen. Hannah-Beth Jackson, D-Santa Barbara.

In advising school districts, Catherine E. Lhamon, assistant secretary for civil rights in the U.S. Department of Education, said that “some of the most egregious and harmful Title IX violations occur when a recipient fails to designate a Title IX coordinator” or when a Title IX coordinator “has not been sufficiently trained or given the appropriate level of authority.”

The guidance is the latest attempt by the federal government and the California Department of Education, which have issued previous guidance letters, to prod districts into compliance with Title IX, which prohibits discrimination based on gender in federally funded educational programs.

The guidance comes as a bill that aims to improve K-12 training in Title IX regulations is moving through the California Legislature. Senate Bill 429, authored by state Sen. Hannah-Beth Jackson, D-Santa Barbara, would address what the California Department of Education, the San Francisco office of the federal Office for Civil Rights and other groups have said is a critical need for training for school personnel.

Districts have been required to have a Title IX coordinator since 1975. Underscoring the need for the legislation, Kim Turner, an attorney for the Fair Play for Girls in Sports project of the San Francisco-based Legal Aid Society-Employment Law Center, said many California school districts are out of compliance or unaware of their responsibilities under the law. “Title IX is poorly understood,” Turner said.

In 2007, the Legal Aid Society-Employment Law Center successfully brought suit against Sweetwater Union High School District on behalf of Veronica Ollier and other female high school softball players alleging unequal treatment. The case detailed in words and photographs the superior condition of the playing fields, equipment, dugout and concession stands for the boys’ baseball team, while the girls’ softball fields were littered, worn and rutted. The case also argued that the beloved girls’ softball coach was fired by the district in retaliation after Title IX complaints were made.

The U.S. District Court for the Southern District of California ruled in favor of Ollier in 2012 on both the inequitable conditions and the retaliatory firing of the coach. The verdict in Ollier et al. v. Sweetwater was upheld on appeal in 2014 in a ruling by the 9th Circuit Court of Appeals.

At a hearing in Sacramento in January, state Sen. Jackson called Title IX “37 words that really changed everything in the United States for women and girls.” She read the 37 words at the hearing: “No person in the United States shall, on the basis of sex, be excluded from participation in, be denied the benefits of, or be subjected to discrimination under any education program or activity receiving federal financial assistance.”

Jackson’s bill would require the California Department of Education to designate a county office of education to create an instructional video, paid for by the state, about Title IX compliance. The bill passed the Senate Education Committee on April 8 and has been referred to the Senate Committee on Appropriations, where it is scheduled to be heard on May 4.  Supporters include the Association of California School Administrators, the Junior Leagues of California, the California Women’s Law Center and State Superintendent of Public Instruction Tom Torlakson.