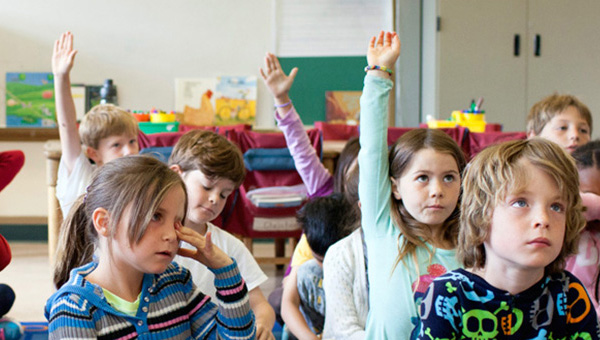 In my 12-plus years as an urban superintendent in California, parents often spent more time talking to me about school safety than about teaching and learning. Perhaps that’s just common-sense recognition that the latter can’t take place without the former.

School suspensions and expulsions are falling at dramatic rates in California – a 20 percent decline in expulsions and a 15 percent decrease in suspensions in the last school year. What should parents and taxpayers make of this seemingly good news that suggests there has been an outbreak of good decorum among students in our state’s public schools? Has someone provided a new vaccine that has inoculated our children against bad behavior?

Without suggesting some mysterious new version of the science fiction classic “Invasion of the Body Snatchers,” let me offer a plausible explanation for what might be going on.

Leaders of California public schools are seriously re-examining discipline practices and questioning the value of practices that are ineffective and counterproductive – measures that may put youngsters at greater risk for dropping out and for involvement with the juvenile justice system.

These leaders are listening carefully and responding appropriately to the long-standing accusation in the civil rights and advocacy community that some of our schools are, in fact, “pipelines to prison.” Nothing better represents this point of view than the thousands of students suspended each year for willful defiance, which could include behaviors such as eye rolling, talking loudly or standing in a menacing way. While these behaviors can’t be ignored by responsible educators, youngsters should not lose their right to attend school because of them. Finding the appropriate response without overreacting is where our schools need to be.

As a first step toward ending this practice, Gov. Jerry Brown recently signed AB 420, which bans suspending students in the K-3 grades for willful defiance.

In order to sustain this momentum, EdSource has convened the Educators Network for Effective School Discipline, with support from The California Endowment. The idea is to bring together principals, teachers, superintendents and others to look at ways to keep youngsters in school and to share best practices and model programs that are especially effective at accomplishing that goal while also making sure that schools are safer as a result of the effort. It’s not just about bringing the numbers of suspensions and expulsions down; it’s also about creating a school climate that contributes to positive relationships among students and staff.

In our discussions with educators, both Positive Behavioral Interventions and Supports (evidence-based interventions that work) and “restorative justice” (where students are called on to repair the harm caused by bad behavior) have emerged as just two effective routes toward creating a school climate that helps keep kids in school and maintaining a safer school environment overall. Like most ambitious school reforms, issuing directives from district headquarters will probably not yield the best results. These are changes that must be owned by principals, teachers, assistant principals and school counselors – those closest to meting out school discipline.

Having worked in urban schools for more than 40 years, I’ve seen positive changes sometimes undermined by school leaders who do respond to what they see as the latest fads in school change – without believing in them. One Los Angeles administrator said to me: “Look, I’ve got a mortgage and a family to feed. If the superintendent wants these numbers (of suspensions and expulsions) down and his goals and evaluation are tied to that, I know how to get them down, but I doubt that my school will be safer for it.”

Another challenge is an uninformed public that doubts that schools will be safer after new approaches designed to reduce suspensions and expulsions are adopted.

I’m a glutton for punishment because I not only read every story that I can find on this subject, but also all of the comments that follow the story. The vast majority of those who choose to comment suggest that emerging approaches are all about political correctness and make schools less safe for the kids who come to school to learn.

I believe that California educators are actually getting it right on this issue by recognizing that our schools can become safer places for students and staff. By working harder and smarter to keep kids in school, we can avoid both the costs and the ruined lives associated with the so-called school “pipeline to prison.”

Carl Cohn is Director of the Urban Leadership Program at Claremont Graduate University, a former member of the State Board of Education, a former school superintendent in Long Beach and San Diego, and chairman of the Educators Network for Effective School Discipline. For more information on the network, go here.