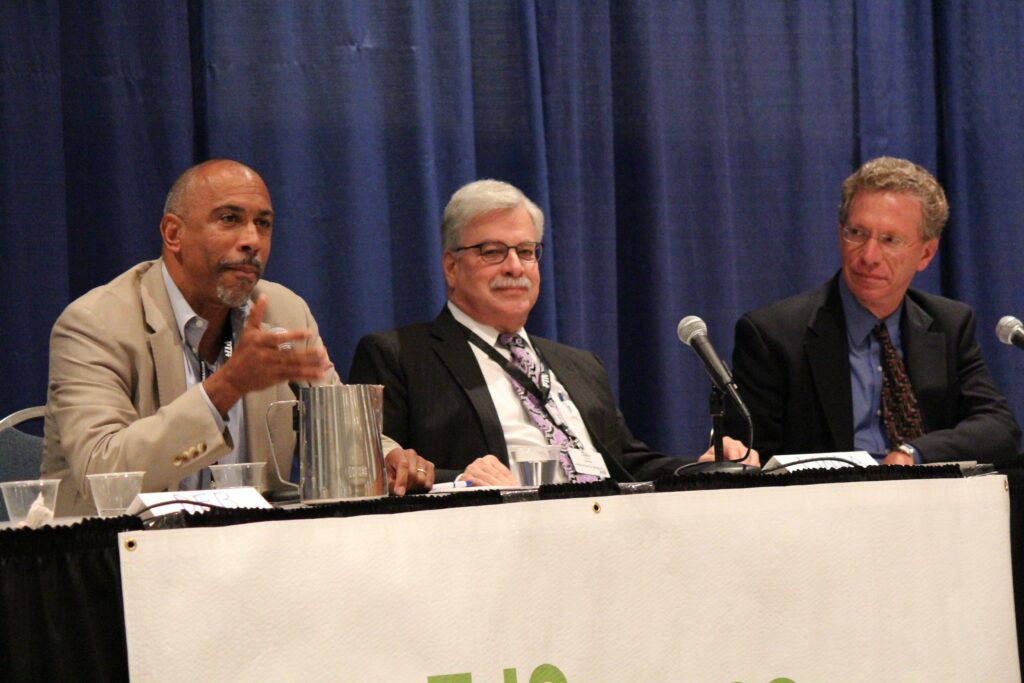 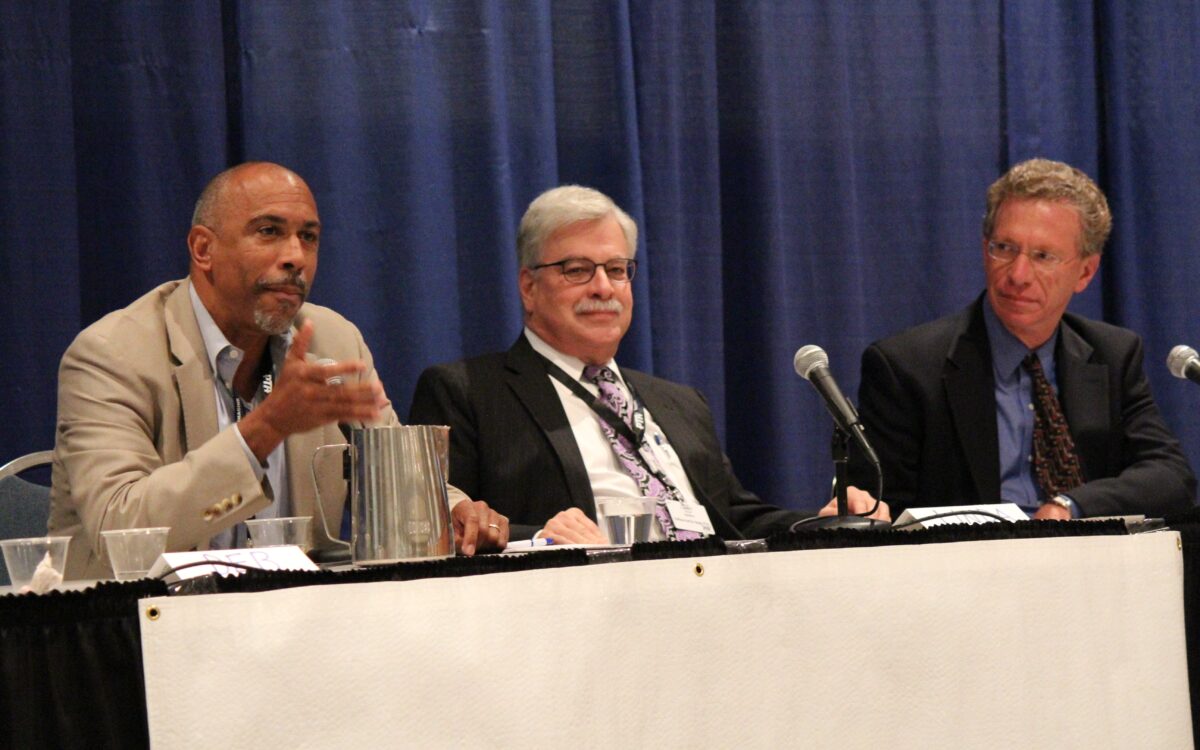 Rarely has one state attempted to make such sweeping changes to its K-12 education system as California is now doing. With the adoption of the Common Core standards, the transition to a new school funding formula and the shift from state to local control over spending, California is simultaneously changing what schools teach, how they are funded and how they’re governed.

Whether these reforms together can dramatically improve education for disadvantaged minority and poor children – those identified as high-needs students – will be the focus of this year’s EdSource Symposium on April 30 in Sacramento. The event, offered in partnership with the California State PTA, will bring together top experts in their fields to discuss the promise of the reforms and successful strategies that already are evident.

The first two panels will discuss how the Common Core can improve math, reading and writing skills of high-needs students and how new locally written budget and accountability plans can serve as a driver for change. The final panel will explore what other reforms are needed to close the opportunity gap, which experts define as the disparities in resources and expectations that contribute to higher dropout rates and lower test scores and college readiness of poor, Hispanic and African-American children.

Pedro Noguera, author and professor of education at New York University, will kick off the symposium with reflections on what is working to narrow the opportunity gap. Mac Taylor, who provides policy advice to the Legislature in his role as legislative analyst, will present an update on the state budget.

While it is too early to meaningfully measure the impact of the new academic standards and increased local control on high-needs students, the funding commitment to these students is real. The Local Control Funding Formula, which took effect last year, is directing substantially more money to school districts with large percentages of low-income children and English learners with the proviso that the funding be used to improve and expand services for these children. Superintendents and school boards must lay out how they will do this in Local Control and Accountability Plans, or LCAPs, which they are required to create in consultation with parents, teachers, students and community members.

State Board of Education President Michael Kirst, who will participate in the symposium’s LCAP panel, said this process marks a distinct shift from budgets driven by state-mandated formulas to “school improvement through better resource allocation at the local level.” LCAPs require not only that school districts plan ahead but also that they look back each year to measure whether performance goals have been reached – and then make adjustments.

“California’s equity funding formula represents a major breakthrough in the way states approach funding schools. However, if the state is going to increase college readiness among its most disadvantaged students… it will have to go further,” said Pedro Noguera, author and professor of education at New York University.

Districts wrote their first LCAPs last year, under temporary regulations that the state board has modified. The initial reviews of some of the state’s nearly 1,000 districts were mixed. In some districts, parental voices did make an impact. Los Angeles Unified revised its draft LCAP to steer more money to 242 schools with the highest-need students based on a Student Need Index pushed by community groups.

Participating with Kirst on the panel will be Santa Rosa City Schools Superintendent Socorro Shiels, who will talk about her district’s strategy for approaching the LCAP, as well as Ryan Smith, the executive director of Education Trust-West, a nonprofit that advocates for minority and poor children. In its evaluation of first-year LCAPs, Ed Trust-West found that many districts failed to provide enough budget data to document whether money allocated for high-needs students was  spent on them. The report called on the state to require greater transparency in the plans.

The state board adopted the Common Core standards in English and math in 2010. However, only during the last two years have many districts had money to begin to train teachers in the new standards and invest in new curriculum materials and the technology needed to administer the new Smarter Balanced online tests in the new standards.

EdSource is following the implementation of the Common Core in six districts. In interviews, all of the superintendents said they were optimistic that the new standards will better prepare underserved students for college and careers. But they also acknowledged that the new standards, which demand higher verbal skills and the ability to analyze complex texts, will disproportionately challenge English learners. At least initially, the already large differences in test scores between low-income children and English learners on one end and white and Asian students on the other could grow.

Garden Grove Unified Superintendent Gabriela Mafi, who will participate in the Common Core panel, said that new standards alone won’t improve achievement without a shift in how teachers teach and districts respond to change.

“Just changing the standards without changing the way that teaching and learning happens in the classroom, without ensuring that you have a stable district and school site leadership and effective and motivated teachers, in and of itself isn’t going to make a great change,” she said in an EdSource interview.

“California’s equity funding formula represents a major breakthrough in the way states approach funding schools,” he said in an email. “However, if the state is going to increase college readiness among its most disadvantaged students and bring about more significant and sustainable changes in its public schools, it will have to go further.”

In a recent jointly written article, Noguera and Stanford University professor of education Linda Darling-Hammond, who will join him for the third panel discussion, cited the findings of the federal Equity and Excellence Commission in defining five elements needed to successfully implement the Common Core:

California’s ambitious reforms approach the first two elements. Darling-Hammond and Noguera will remind those attending the symposium not to lose sight of the bigger picture.

“Unlike many other states,” Noguera wrote, “California policymakers understand that simply raising standards is not enough to improve academic outcomes. Now the question is do they have the will to direct the resources to the areas that will significantly expand learning opportunities for all children?”