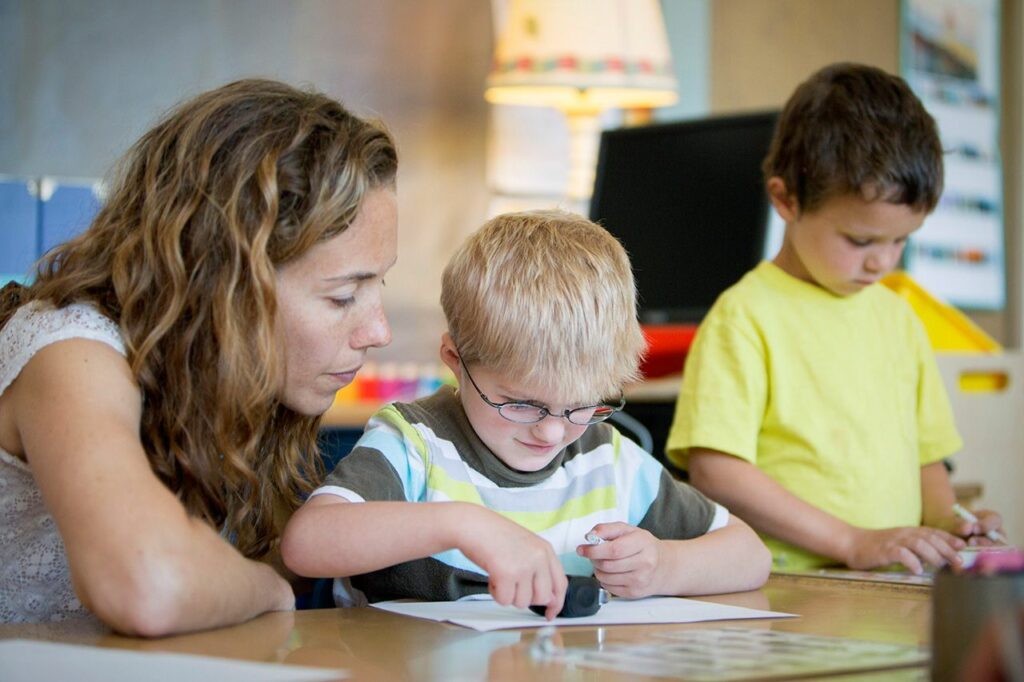 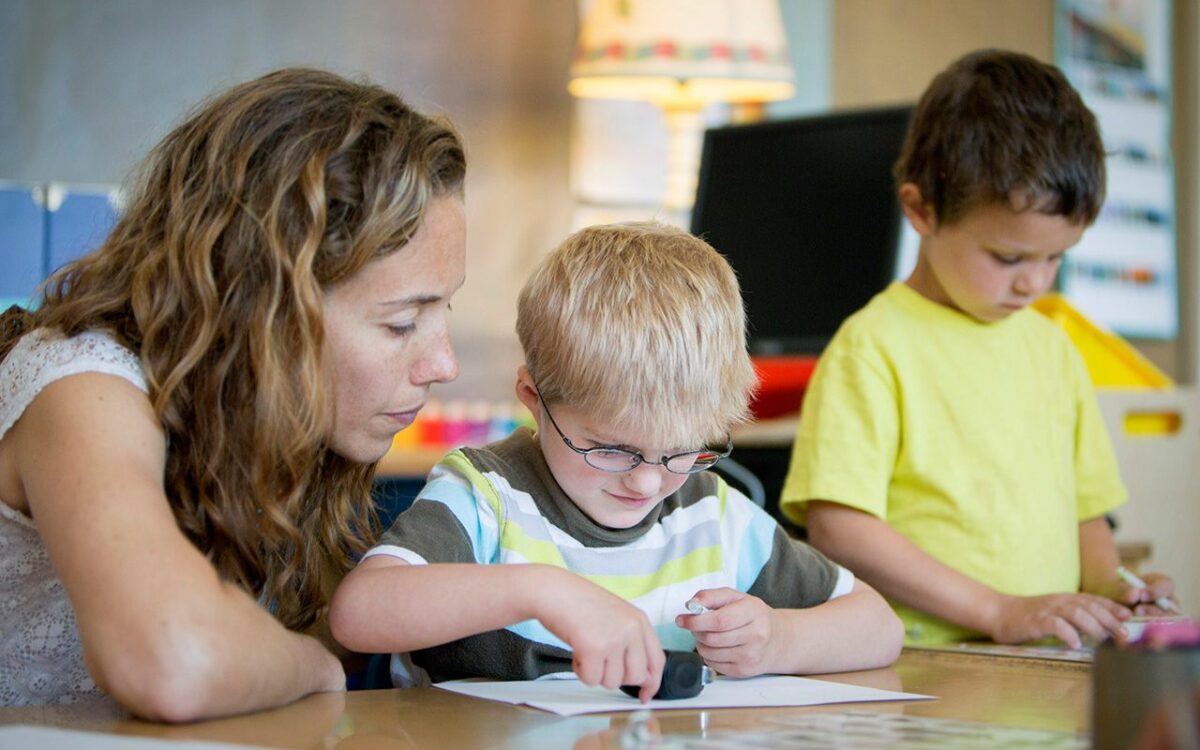 2015 promises to be a pivotal year for several major reforms in public education, including the continuing rollout of the Common Core State Standards, the implementation of the state’s new school financing and accountability system, and the administration of the online Smarter Balanced assessments to millions of students this spring. There will be other issues to watch. Here’s our list of the top 10. Let us know what you would have added.

For more than a decade, the federal No Child Left Behind Law and the statewide Academic Performance Index set measures of school and student performance. The era of NCLB and API is ending; decisions this year in Sacramento and possibly in Washington will determine what will take their place.

NCLB may limp along for another year, although Republicans in charge of education policy in Congress are eager to pass a replacement. Whether to require all students to be tested annually in math and English language arts – a tenet of NCLB – is one of the flashpoints.

There will be action in Sacramento. Karen Stapf Walters, executive director of the State Board of Education, said recently that the Local Control and Accountability Plans, with eight priorities for measuring school and student improvement, not the API, will form the basis for a new accountability system. By October, the state board must determine what the combination of metrics, or “rubrics,” will look like. A new state agency, the California Collaborative for Education Excellence, will use them to determine which schools and districts require outside intervention.

In 2010 Jerry Brown was elected to his third term as governor as the state faced a $26 billion deficit. After winning re-election in November, the challenge in his fourth term is managing surging revenue from Proposition 98, the formula that determines state education funding.

The Legislative Analyst’s Office is projecting that K-12 schools and community colleges will get $2.3 billion more in revenue for the year ending June 30 than Gov. Jerry Brown built into the state budget. After Brown pays off the final $1 billion in late payments to schools, that will leave $1.3 billion. One option is to put that toward implementing the new Common Core standards or other one-time purposes.

Brown will announce his proposed budget for 2015-16 on Friday. The LAO is predicting potentially as much as $6.4 billion in new money for K-12 schools and community colleges – about a 10 percent increase – above the current level of districts’ operating revenue. Brown’s options may include expediting the timetable to fully fund the Local Control Funding Formula, expanding transitional kindergarten or choosing one-time expenditures rather than ongoing programs.

This year Californians will finally get a sense of the extent to which students have mastered the Common Core State Standards, which the state adopted in 2010. Last year, over 3 million students participated in “field tests” of the Smarter Balanced assessments.  But this spring most of the state’s 3rd through 8th and 11th-grade students will take the full battery of the online assessments in math and English language arts standards. In addition, for the first time the assessments will be “computer adaptive,” meaning that depending on how a student answers a question, they will be asked to answer more difficult or easier questions to more accurately assess a student’s level of proficiency.

It has been difficult to gauge how well students are grasping Common Core concepts since the state has begun implementing its new Local Control Funding Formula, which emphasizes increased local control for school districts. Under local control, districts and charter schools are making more of their own decisions about teacher training, textbooks and technology.

State officials are tempering expectations about how well students will do on the new assessments, stating it will take students – and teachers – years to adjust to the rigor of the new standards. The State Board of Education has not yet decided whether to use this year’s scores to evaluate school performance. Thus far, California has not seen the major resistance to the standards that has roiled politics in some other states.

The State Board of Education spent a great deal of time in 2014 revising regulations for districts’ Local Control and Accountability Plans, the school improvement, student achievement and spending plans that school districts wrote for the first time last spring. But nonprofit advocacy groups like Education Trust-West, which recently released an analysis of LCAPs, and Public Advocates say the board didn’t go far enough in forcing districts to document how they will spend the extra dollars that the state’s new school funding system provides for low-income students, foster children and English learners.

Gov. Jerry Brown has made it clear he doesn’t want lawmakers tinkering with the regulations until there’s evidence based on several years’ experience to justify major changes. But the advocates may go to the Legislature anyway. First stop may be Assemblywoman Shirley Weber, D-San Diego, the new chairwoman of the Assembly Budget Committee. In testimony last year, she warned the state board to be more demanding of districts, and now she has leverage as a key lawmaker in determining whether Brown gets his spending priorities through the Legislature. “This is a burning issue for me and I don’t plan to let it go,” she said in an interview.

2015 will also reveal the extent to which district accountability plans approved by July 1 last year will be changed for the coming school year. The plans are supposed to be in place for three years, but must be updated annually.

In 2014 the U.S. Department of Education declared that California was one of three states whose special education programs needed intervention because of the lack of significant academic progress for students with special needs. The one-year intervention calls for the state to improve the performance of students with disabilities on achievement tests.

In February, the Statewide Special Education Task Force is to release its recommendations for overhauling the system. One potentially controversial recommendation is expected to call for more training for regular teachers in the needs of special education students and more extensive training in academic subjects for special education teachers, so that both groups of teachers can better work together. In calling for academic improvements in special education, U.S. Secretary of Education Arne Duncan said, “I want to stress that the vast majority of students with disabilities do not have significant cognitive disabilities.” In California, about 65 percent of students in special education have learning disabilities or speech impairments, such as dyslexia or stuttering. Ten percent are classified as autistic and 6 percent as intellectually disabled.

What next for Vergara v. California?

In a state ruling with national repercussions, Los Angeles County Superior Court Judge Rolf Treu in June declared that state laws determining teacher tenure, dismissal and layoffs based on seniority are unconstitutional. Vergara v. The State of California became a major issue in the November race for state superintendent of public instruction. Incumbent State Superintendent Tom Torlakson, who was re-elected, is a defendant in the lawsuit.

Briefs are expected to be filed in the 2nd District Court of Appeal early this year, but the court has no deadline on deciding when to hear the case. Senate Republican Leader Bob Huff, who has unsuccessfully sponsored legislation to extend the time it takes for teachers to earn tenure, said he “may dust off” past bills and try again. “The judge has given a blueprint to look at. We’ve gotten nowhere for a long time,” he said.

Students Matter, the nonprofit that filed the lawsuit, issued a statement warning lawmakers not to adopt “superficial and cursory … legislation that falls short of what Vergara demands.” But Democrats, who dominate the Legislature, may wait for the Court of Appeal’s decision before seriously considering changes to the laws.

A new law forcing districts to reduce budget reserves they keep for emergencies won’t take effect for years. But the California Schools Boards Association says its top priority for 2015 is to see the law repealed immediately, “before school districts are led down the road to financial crisis,” association President Josephine Lucey said in a commentary.

The association says smaller district reserves could result in bankruptcies, increased borrowing at higher interest rates and a downgrading of bond ratings.

The Legislature and Gov. Brown inserted the reserves cap into this year’s state budget. Under a complicated formula, the cap requires districts to lower their reserves any year that the state puts money in a new state reserve fund for education that voters passed in November as part of Proposition 2. It will be years before any money flows into the fund, but that hasn’t diminished the association’s eagerness to change the law.

The effort to expand preschool programs is likely to pick up more speed next year. California Early Head Start and other child care programs for infants and young children will receive a piece of the $500 million in federal funds designated for states’ early education programs, plus some of the $330 million that private corporations and foundations have pledged to expand early learning nationwide.

The Legislature has allocated $273 million for early education, which among other programs will expand all-day preschool slots to 11,500  low-income 4-year-olds. The Legislature will also be considering Assembly Bill 47, introduced by incoming Assemblyman Kevin McCarty, D-Sacramento, which would make California’s full-day preschool program available to all eligible low-income children.

“Whether through legislation or through the budget, the governor and Legislature did make a commitment that all low-income kids have access to preschool,” said Ted Lempert, president of Children Now, an Oakland-based advocacy organization. Supporters of universal preschool will be pushing to make sure legislators keep that commitment, Lempert said.

Ensuring that schools are preparing students for college and careers is a major goal of current reform efforts, yet specific standards outlining how schools should reach that goal have been elusive. Expect much of that to change in 2015. The advisory committee that has been working to develop useable measures of college and career readiness, the Public School Accountability Act Committee, will move from theory to action in coming months as it develops recommendations for holding schools accountable as they prepare students for life after high school graduation. Much of the discussion will likely center on how to measure career readiness skills, which have been less clearly defined than college readiness.

With the creation of the new state education finance system, the Local Control Funding Formula, California has given school districts the authority to spend funds as they see fit. But does local control absolve the California Department of Education of its responsibility under the state Constitution to ensure equal educational opportunity?

Rulings this year in the class action lawsuit Cruz v. California will address what the state is required, or not required, to do about disruptive conditions in eight high-poverty schools where students allegedly are being denied significant amounts of mandated instructional time. State Board of Education President Michael Kirst, an architect of the new funding formula, and State Superintendent of Public Instruction Tom Torlakson have indicated that the state will fight the lawsuit.