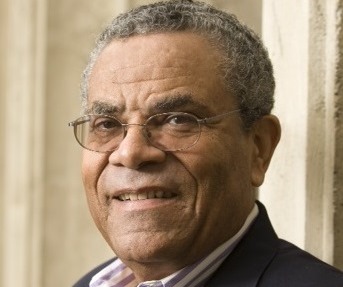 Carl Cohn is executive director of the California Collaborative for Educational Excellence, a new state agency tasked with directing the school improvement system. Formerly, Cohn was a member of the California State Board of Education and a superintendent in Long Beach and San Diego.

EdSource asked Cohn about his reaction to the Smarter Balanced assessment scores released on September 9, 2015.

What was your first reaction to the Smarter Balanced test results? Any surprises?

My initial reaction was that no one is going to accuse California of cheating…LOL! I was not surprised by the results. Having served on the board of a major testing company for almost a decade, I know that, when test developers say that they’re constructing an assessment that is substantially harder, they actually mean it and the results will show it. The fact that we need to better serve those who have historically been under served in our public schools should be a no-brainer.

The difference in scores based on students’ economic and English learner status is striking.  Will those scores inform the California Collaborative’s work over the next few years?

Yes, of course! Part of the work of the Collaborative will be to identify those “beat the odds” schools and districts that are getting better results, and to find out what they are doing differently and to share it widely. Whether it’s Sanger Unified in the Central Valley or Alvarado Elementary in Long Beach, there are examples of better performance on the Smarter Balanced tests that we all can learn from.

Do you expect parent reactions to the Smarter Balanced test scores to affect their willingness to engage with districts as part of Local Control? What’s the message districts should be sending to parents about their role and how they can help?

Everyone who has been in education, even for a short amount of time, knows that parental engagement is a powerful predictor of educational success. So, given these results, I expect parents to embrace local control in an even more robust way. LCFF/LCAP builds on the principle of subsidiarity, which suggests that the expertise developed at the local level is more influential in changing student performance than dictates and commands from on high. The message to parents from districts should be about a new era of genuine partnering and collaboration.

As a former superintendent, what’s your advice to school leaders about how to use the test data most effectively?

Obviously, emphasizing growth and improvement over time is critical and important. I’m always uneasy with the hand-wringing that leads to searches for quick fixes to long-standing challenges. Turning around schools and districts that enroll significant numbers of students living in poverty, learning English, or in foster care is a long, hard slog. That fact doesn’t diminish my sense of urgency about the task, but it soberly informs it.