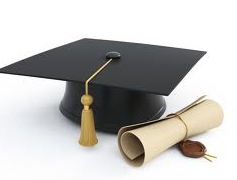 The report, “Building a Grad Nation,” by the School of Education at Johns Hopkins University with the Washington D.C.- based Alliance for Excellence in Education, found that more African-American and Latino students are graduating.

Among the reasons the report cited for the gains in graduation rates among Latinos and African-Americans was the closure of many schools across the country known as “dropout factories,” or schools with exceedingly low graduation rates.

While African-American and Latino high school graduation rates have climbed, “unacceptably low levels” of lower-income students and students with disabilities or who are English language learners are graduating from high school, according to the report.

The graduation rate for low-income students, for example,  is 15 percentage points lower than it is for middle class and affluent students, which is 88.2 percent, according to the report.

Although up to 90 percent of special education students would be able to meet graduate requirements if they had access to appropriate support, only about 62 percent of the nation’s students with disabilities graduate high school, according to the report.