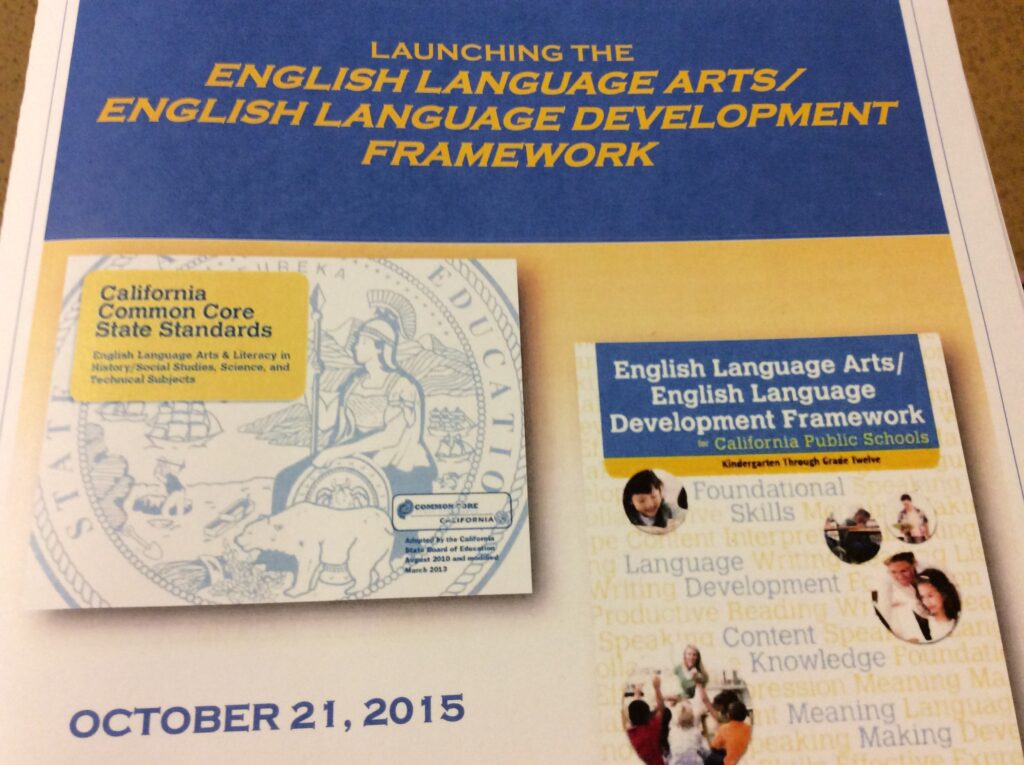 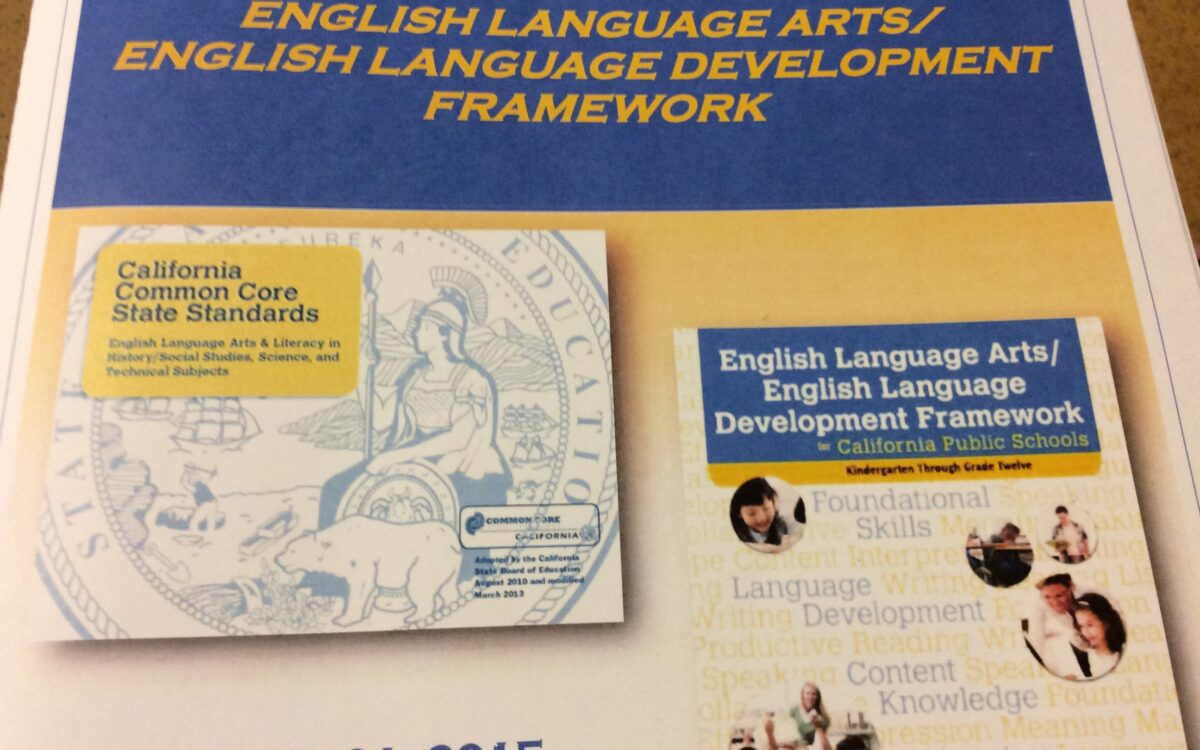 Update: This article was updated to reflect the Nov. 4 board vote and clarify the comments of Barbara Mandelbaum.

The State Board of Education adopted a new set of instructional materials and textbooks for kindergarten through 8th grade on Wednesday that incorporates what education officials describe as a pathbreaking approach to more effectively teaching English learners.

In January 2014, the state board adopted a set of recommended textbooks for math aligned with the Common Core, but it has taken nearly two additional years to come up with its list of Common Core-aligned recommended textbooks and other instructional materials in English language arts. This is in part because it has integrated English language development – which teaches English learners to speak and read English – into the English Language Arts framework that was adopted last year.

Previously, language development instruction for English learners occurred only during a short portion of the day in isolation from the rest of the curriculum. But, with that type of fragmented instruction, many English learners in California classrooms failed to become fluent speakers as quickly as expected.

In the new framework, language development for English learners is viewed as an integral part of their instruction in every curriculum area, in addition to small-group or one-on-one instruction in English. Teachers can integrate teaching English to students who speak another language into their regular instruction by stressing key words that help students understand the content – such as science or math vocabulary – or words that connect, contrast, clarify, imply cause and effect, or explain a sequence of events. 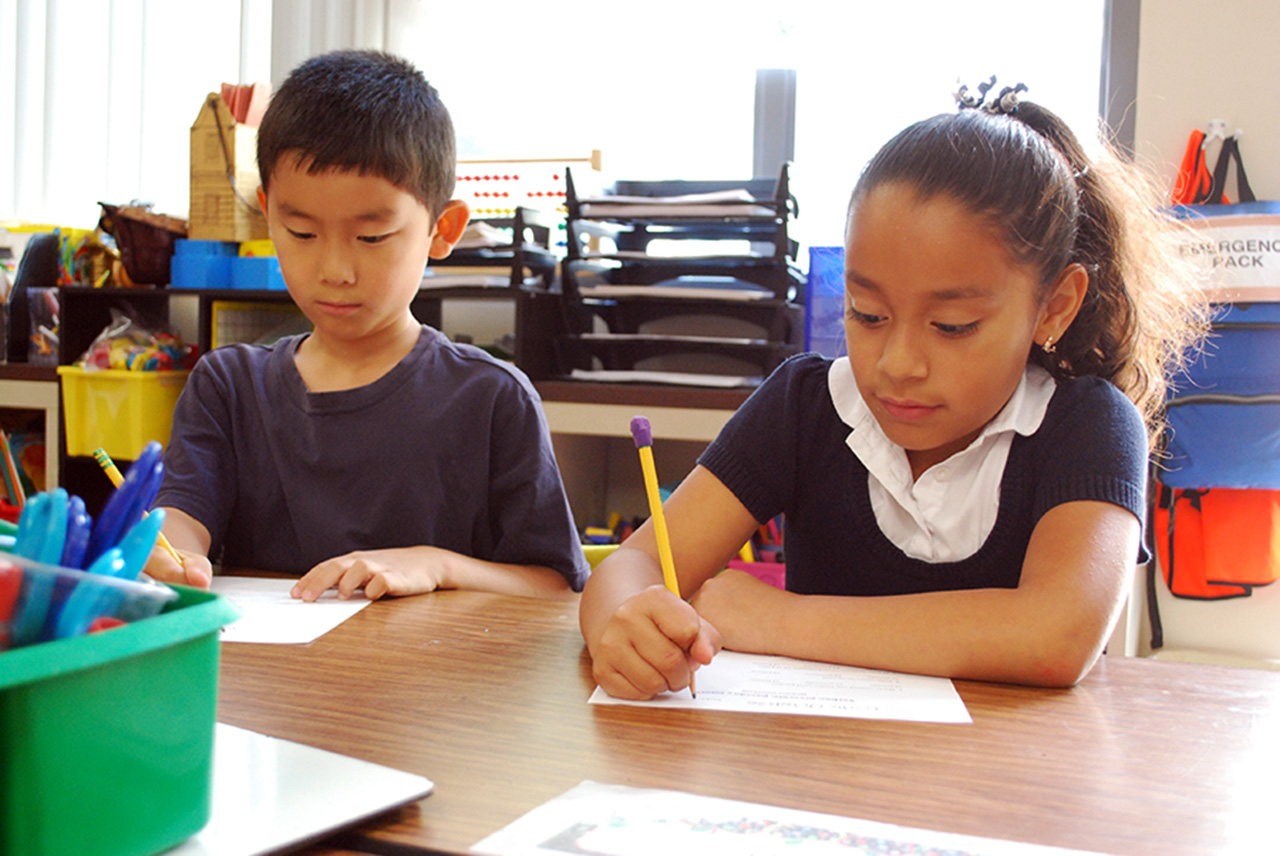 The new framework also includes more intensive support for long-term English learners who need extra help to progress to higher levels of proficiency. The goal is for English learners to receive the same level of high-quality, rigorous instruction as their peers who speak English fluently.

“With one quarter of our students being English learners, we really have to think of their language development not as an add-on, but as part of (core) instruction,” said Tom Adams, executive director of the state’s curriculum and instruction division and Instructional Quality Commission, in a phone interview. “And that’s really how we want to do it in terms of materials.” 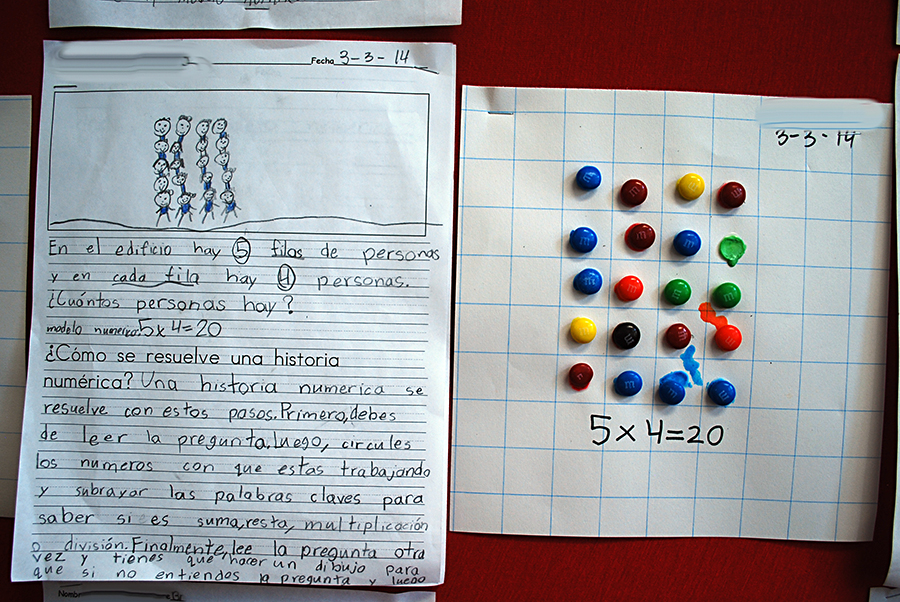 California also asked for bilingual materials that could be used in language immersion programs, as well as for materials geared toward helping English learners who are two or more grade levels behind.

However, many English learners aren’t yet benefitting from the new framework because many districts are still learning how to implement it through regional workshops, such as one presented last week at Chico State University in partnership with the Butte County Office of Education.

Presenters at the Chico workshop said English learners have often been taught random vocabulary words or grammar lessons during their designated language development time that had nothing to do with what they were learning during the rest of the class. Now, teachers are expected to identify words or concepts that their English learners are struggling with and to focus on those during their small-group time with them.

“This is very novel,” said Karin Linn-Nieves, director of the San Joaquin County Office of Education’s Language and Literacy Department, during a workshop explaining the framework. “We’re not doing something disconnected from the rest of the day.”

Although districts are not required to purchase materials adopted by the state board, they are encouraged to consider them based on their students’ needs, said Jo Ann Isken, chairwoman of the Instructional Quality Commission that evaluated the materials. For example, some districts may want to create or expand bilingual or dual-immersion programs to focus on biliteracy.

Rick Rubino, Superintendent of Gridley Unified in Butte County – where 46 percent of students are English learners – said the new framework challenges districts to go beyond the one-dimensional instruction they have previously provided, where the teacher talked in front of the class and the students sat and listened, without interacting with each other.

“This is a big shift,” he said. “Our kids have ‘street English,’ but they don’t have academic language (that helps to explain higher-level concepts). We are teaching them to speak in full sentences, turn and talk to their classmates, and to be prepared to be called on by teachers.”

Instead of isolating English learners or passing over them by calling only on students who raise their hands, Rubino said his district is pairing them with English-proficient students in groups where they discuss concepts being taught.

“In the past, English learners would sit quietly – minute by minute, hour by hour – without being exposed to academic language,” he said. “These kids were disengaged because they were allowed to be. With the new framework, we are trying to include English language development with everything we do and the kids have to be able to interact.”

For example, a Transitional Kindergarten snapshot explains how a teacher used the book “Goldilocks and the Three Bears” to support the English language arts skills of all students by asking them to retell the story using their own books made out of construction paper. The teacher then retold the story with her English learners, prompting them to use transition words such as “then” and “next,” to strengthen their English development skills. Finally, she asked the English learners to retell the story to her, so they would become more comfortable retelling it to the entire class.

Mandelbaum said she believes the framework’s snapshots and vignettes are useful. She added that it can be helpful to group students according to language proficiency levels and even include native English speakers who are struggling with language skills in discussions with English learners about classroom concepts. This can enhance the literacy skills of all students and help them to better understand the subjects they are being taught, she said.

Lupita Clanton, an English language development teacher at Winters High School in Yolo County, said she looks forward to inviting her colleagues to share in building the literacy skills of English learners.

“Everybody needs to make the most of their time and feel responsible for the kids and not just forget about them in the corner,” Clanton said. “We have a good, supportive staff, and I know they’re going to be on board.”