California is first in the nation to ban 'Redskins' school mascot 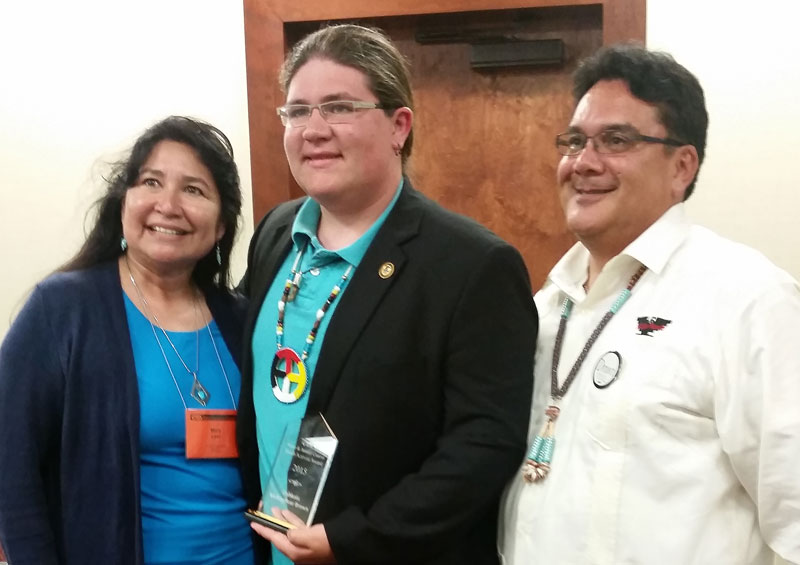 Home to the largest number of American Indians in the country, California is now the first state in the nation to ban the use of “Redskins” as a school team name or mascot.

Gov. Jerry Brown signed the ban into law on Sunday, marking a victory in a more than 50-year national campaign by Native Americans to remove race-based team names from schools and sports groups. Many Native Americans and school climate advocates consider “Redskins” a racial slur.

The successful passage of Assembly Bill 30, known as the California Racial Mascots Act, was the third legislative attempt to eliminate “Redskins” as a school team name and mascot in California. Earlier efforts in 2002 and 2003 were unsuccessful.

“I hope everyone can move forward positively and select a new mascot, inclusive of all students to represent their campus community,” said Dahkota Kicking Bear Brown, a Miwok Indian and a junior at Argonaut High School.

But Brown vetoed legislation that would prohibit using the names of Confederate leaders on public buildings and roads in California. In a message vetoing Senate Bill 539, authored by state Sen. Steve Glazer, D-Orinda, Brown said the matter was “an issue quintessentially for local decision makers.”

In California, proponents of the “Redskins” school mascot ban have cited a peer-reviewed study by researchers at the University of Arizona, Stanford University and the University of Michigan that found American Indian youth who were exposed to Native American mascots and stereotypical imagery reported a diminished sense of what they could achieve academically.

In 2013-14, there were 38,616 students identified as American Indian enrolled in California’s public schools, according to an Assembly analysis of the measure.

Those schools must select a new team name, mascot or nickname by Jan. 1, 2017, according to the law, which was authored by state Assemblyman Luis Alejo, D-Salinas.

But the law does not require that schools immediately remove “Redskins” images or words on uniforms, gymnasium floors and walls, football stands and yearbook covers. Teams can continue to use the uniforms for as long as they last. Schools are not required to remove existing signs or fixtures by a certain date. The deadline is described in the law as “no later than the next time the associated part of the facility is replaced in the normal course of maintenance.”

What changes is the ability of schools to purchase or create new “Redskins” gear. That ends Jan. 1, 2017 for signs, yearbook covers, newspaper logos, program illustrations and, for the most part, team or band uniforms. The exception is that until Jan. 1, 2019, schools may buy new “Redskins” uniforms, in an amount equal to 20 percent of the total number of uniforms used by a team or a band in 2016-17, for the purpose of replacing a team’s damaged or lost uniforms.

“In my mind, some of those things we’re not going to touch for a very long time, like our gym wood floor,” said Ron Seals, superintendent of the Chowchilla Union High School District, who is in favor of keeping the “Redskins” team name. A mosaic made out of one-inch tiles portrays the head of an Indian and is on display on the north end of the football bleachers, a gift of the class of 1963, he said.

“I’m third-generation Redskin,” he said. “Two of my three children have graduated from here and this is my 25th year at the school. I’ve never had anybody complain to me about the Redskin mascot.”

The research is strong, he said, that Native American mascots contribute to “a hostile school environment.”

During legislative debate, Dahkota Kicking Bear Brown, a Miwok Indian and a junior at Argonaut High School in Jackson, in Amador County, told the Assembly Education Committee that as a sophomore lineman for the Argonaut football team, he dreaded game day against the Calaveras High School “Redskins.” The day included war cries from fans, sports announcers announcing “a wild party of Redskins!” and even his own friends shouting “Kill the Redskins! Send them on the Trail of Tears!” he said.

He recalled his cousin crying after a football game during which a female student dressed up as “Pocahottie” while other students pretended to prepare to burn her at the stake.

He said he didn’t blame students, school or staff and felt they did not know that their words and actions caused harm.

Word that the bill had been signed into law came as he was touring Dartmouth College. He said he was “ecstatic.”

The law, he said, creates “an opportunity for Native youth to obtain an education free from mockery.”

“I hope everyone can move forward positively and select a new mascot, inclusive of all students to represent their campus community,” he said.

Leave a Reply to MARK WEISS