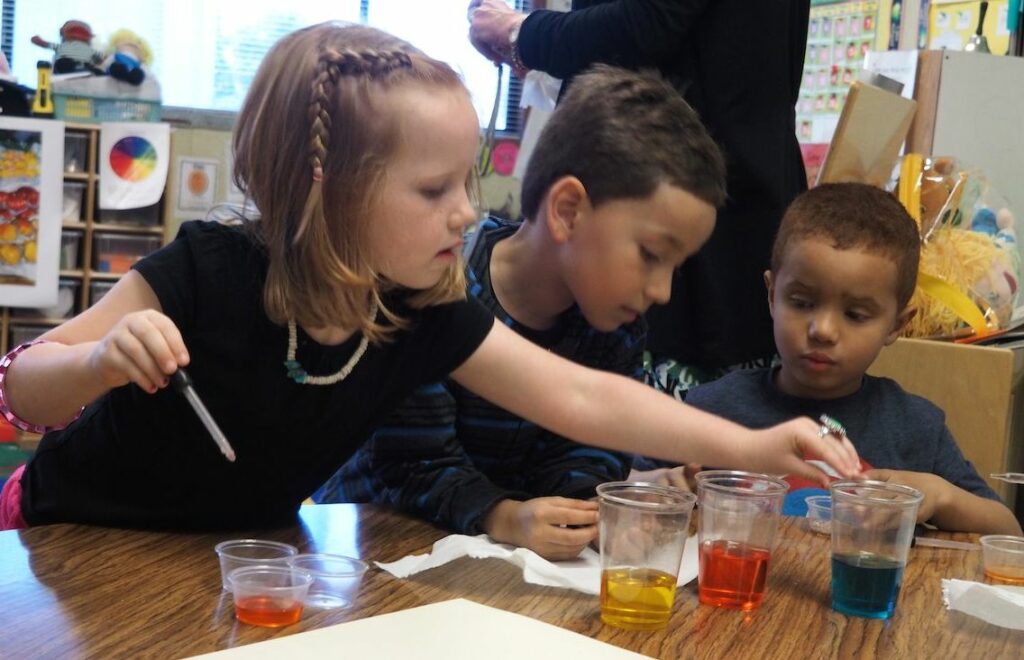 California’s visual and performing arts standards were approved in 2001 before much of today’s technology had been developed or used in the classroom, and before the state had adopted the Common Core State Standards in English language arts and math.

Senate Bill 725, introduced by Sen. Loni Hancock, D-Berkeley, asks the state to begin reviewing those standards and adopt, reject or modify them by 2017. The bill is currently in the Senate Appropriations Committee. If it is approved, it will then move to a vote before the entire Senate.

Those in the arts community who are promoting the bill are hoping that the new standards will look more like the preK-12 national standards developed by the National Coalition for Core Arts Standards. The coalition includes art teachers and professors from across the country, with major input from California educators, according to Armalyn De La O, director of the RIMS California Arts Project, which provides professional development for teachers. De La O was involved in writing the national standards for music. Research on the standards in all four areas – music, visual arts, dance and theater – was done by the national coalition and the College Board. The national standards were released in 2014.

“We spent time looking at the Common Core standards so that we are moving in the same direction,” said De La O, who is also president-elect of the California Art Education Association. “The national standards are broader and more conceptual in nature.”

Like the Common Core, the national standards focus on critical thinking and putting students more in charge of their learning.

If California’s standards were more like the national standards, educators “would still be teaching kids to read music, draw or move,” De La O said. “But we would ask them (students) to think more critically and deeply about their work, to try many different things so they can find their voice and what they want to say.”

Under the national standards, students would be encouraged to arrange, compose and improvise, not just follow step-by-step directions from their teacher, she said.

For example, in music, with guidance from the teacher, students would determine which pieces to play, who their audience would be and how much practicing they would need to do before a performance.

“The first time I ever read a music score was in college,” De La O said. Under the national standards, “students could look at excerpts of a score as early as 4th or 5th grade,” she said. “They would begin to think more like a director.”

Students would start early, with preK students experimenting, exploring, listening and playing with materials, she said. Young students would learn to understand movement in their body in dance and engage with paint and color in visual arts. The point, she said, is to expose them to what is possible so when they are older they can choose what they want to do in the arts.

Part of what makes the new approach possible is the huge change in technology, she said. Students no longer simply perform for parents at open houses. They can put their work on YouTube and use GarageBand or open-source technology to compose on their electronic tablets. Because of these opportunities, the national standards are more rigorous, she said.

If similar arts standards were adopted by California, students “would need to think through what it means to prepare a piece and take it all the way to performance,” De La O said.

This approach would also mean a change in how teachers work with students, she said.

“Teachers would have to think through their time and be more of a facilitator rather than a director all the time,” De La O said. “That is a shift in the field. There would be more opportunities for kids to be part of the process.”