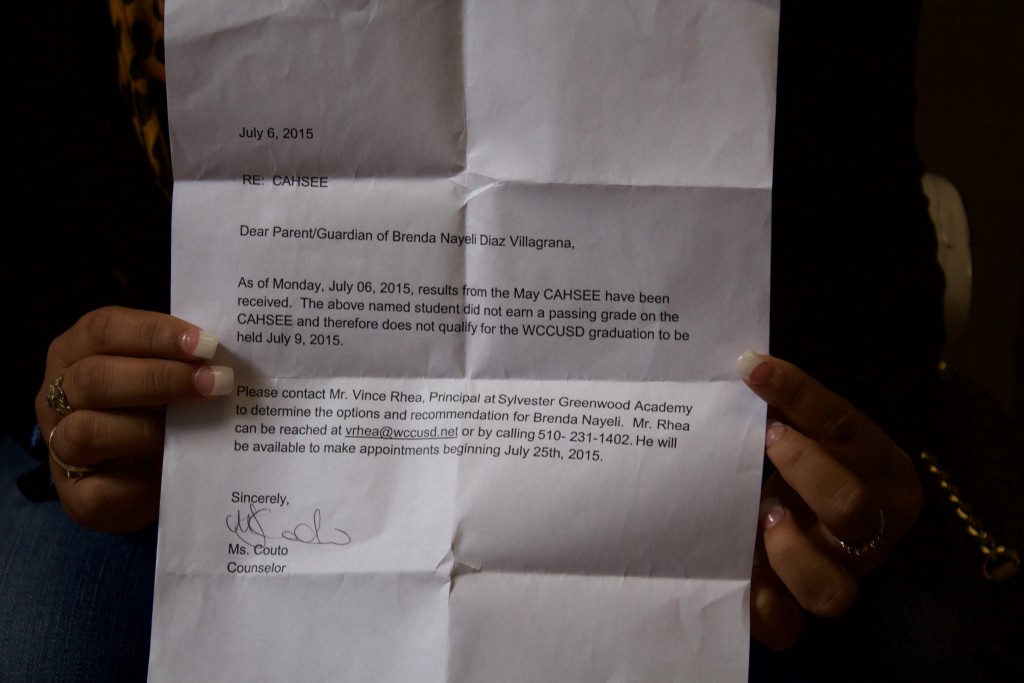 The state Assembly on Thursday approved a bill that would exempt seniors in the class of 2015 from the requirement to pass the California High School Exit Exam to graduate.

In a 77­-1 vote, Assembly members showed overwhelming support for SB 725, by Sen. Loni Hancock, D­-Oakland, which proposes to waive the requirement for the class of 2015 to pass the exam to receive diplomas.

Hancock gutted and amended her bill earlier this week to fast-­track the urgency legislation following media reports about students left in limbo when the state Department of Education canceled the July administration of the exam.

Assemblyman Travis Allen, R­-Huntington Beach, was the lone vote against the bill. Allen could not be reached for comment.

Hancock’s spokesman Larry Levin said the bill will head to the Senate for approval on Monday and could be signed by Gov. Jerry Brown sometime next week. If Brown approves the bill, it would go into effect immediately, paving the way for districts across the state to grant diplomas to up to 5,000 students in the class of 2015 who had fulfilled all graduation requirements except for passing the exam.

The San Francisco school board issued diplomas to its high school seniors who met all other graduation requirements last Friday, after some complained that their college admissions were rescinded because they hadn’t graduated.

Senate Bill 172 by Sen. Carol Liu, D-­La Canada Flintridge, proposes to suspend the exit exam through 2017­-18 to give the state time to decide whether a new test should be administered that is aligned with Common Core standards. It is expected to be discussed later this month.