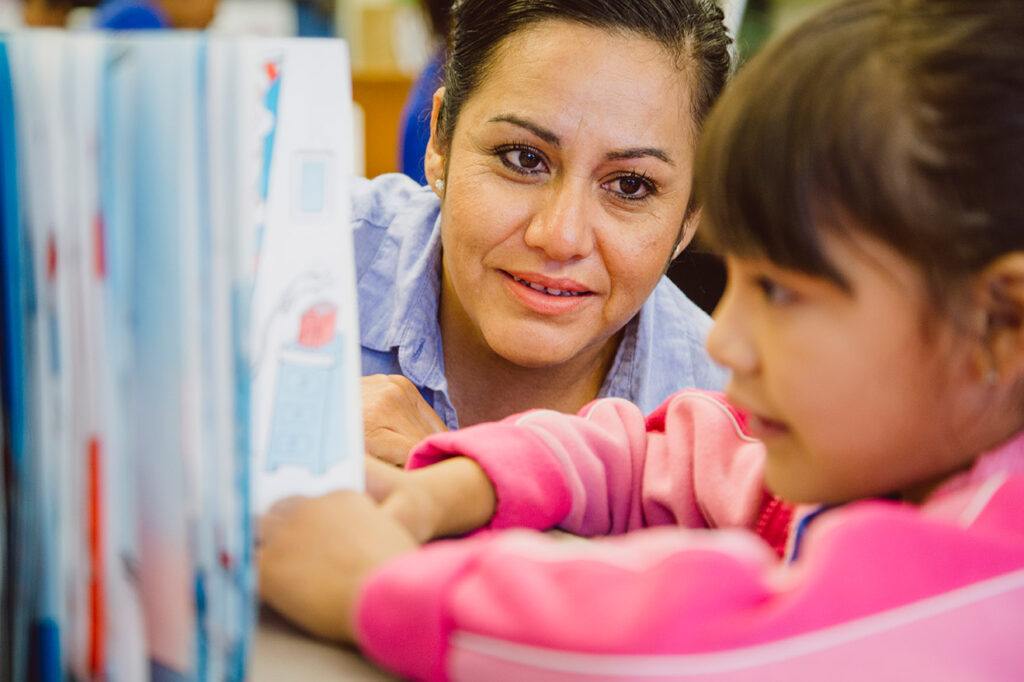 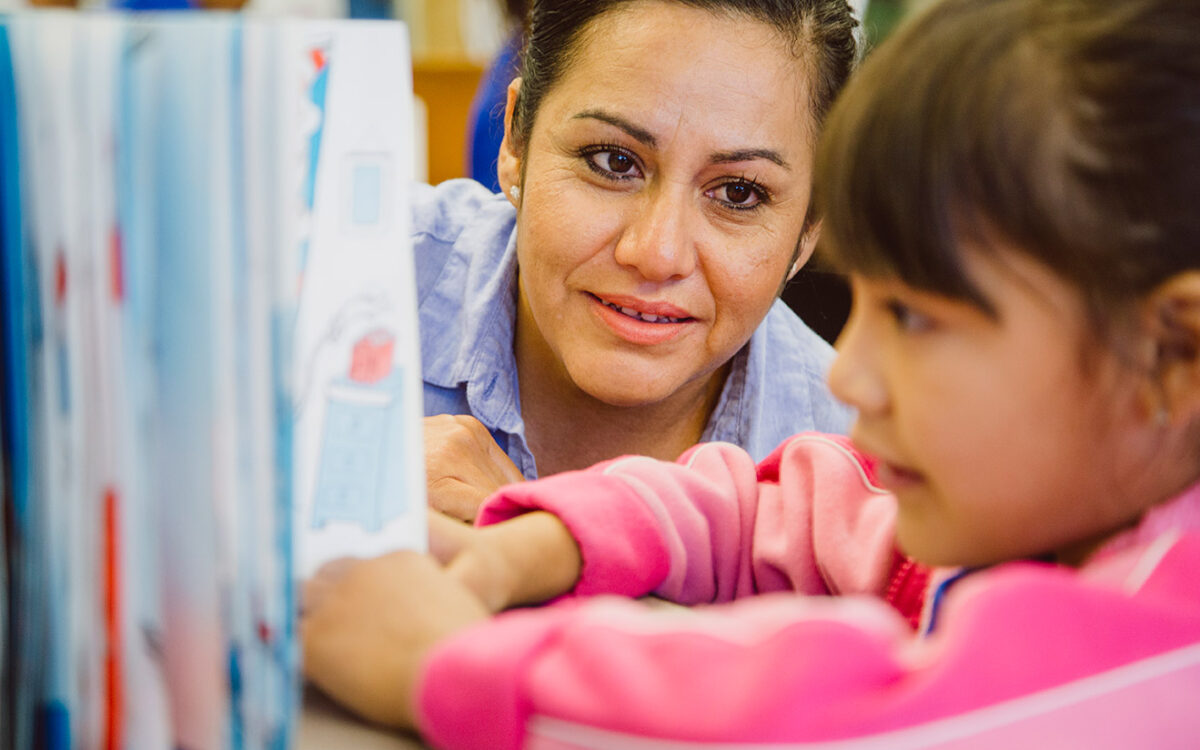 Five years after California parents gained the power to initiate major changes at failing schools, advocates of the state’s controversial parent-trigger law are expanding their strategies to broaden its influence.

Former State Sen. Gloria Romero, the law’s author, founded a nonprofit last year to educate parents about the California Parent Empowerment Act. Even as Romero launched her initiative, another group of parent-trigger-campaign veterans had already started working to develop a more collaborative approach to turning around troubled schools.

The two startups point to disparate directions California’s maturing parent-trigger law may take. They could include more contentious parent-led efforts, like the one currently underway with Romero’s guidance at Palm Lane Elementary School in Anaheim. The law may also continue to become part of a multi-layered strategy to help poor, minority communities in their pursuit of educational justice.

At the same time, California’s experience so far has motivated only a few states to follow its lead in adopting a parent-trigger law as a model for school overhauls: Six states have adopted parent-trigger inspired laws since 2010. This year lawmakers in six more states are considering parent-trigger legislation, according to the National Conference of State Legislatures. Amendments proposed to laws in California and Texas this year would increase the number of eligible schools.

The California Parent Empowerment Act allows parents whose children attend chronically low-performing schools to force districts to enact sweeping education reforms that range from hiring a new principal and replacing staff to transforming the school into a charter. Parents must garner support by petition from 50 percent of students’ parents, plus one, to set the law in motion.

“This is simply about giving parents, in particular low-income parents, parents of color, and undocumented parents, real power over the destiny of their own children,” said Ben Austin, former executive director of Parent Revolution.

Most of the handful of schools where parents have used the law serve predominantly Hispanic and African-American students from low-income families, said Alfonso Flores, the chief executive officer of Excellent Educational Solutions, a private consulting firm founded by former parent-trigger community organizers. However, he said education reformers’ egos, in some cases, can muddy debates and lose sight of those critical societal pressures.

“Parents just want to feel like their child has a shot at the American Dream,” Flores said. “They don’t give a hoot about the politics.”

Meanwhile, Parent Revolution, a nonprofit created to support parents choosing to use the parent-trigger law, is seeking new leadership after longtime executive director Ben Austin resigned late last year. Parent Revolution, which has drawn the ire of critics who see it as divisive, self-promoting, and yielding few tangible results, rebuffs detractors’ assessments of the group, and remains undeterred that the parent-trigger law is a viable education reform tool.

“We’ve always said that we’re trying to spread a movement, not an organization,” Gabe Rose, Parent Revolution’s chief strategy officer, said during an interview at the group’s downtown Los Angeles office, where the décor is inspired by Silicon Valley technology firms. “We desperately want more parent organizations and other allies to pick up this work.”

But parents living outside of California haven’t shown much appetite to take the parent-trigger plunge.

In fact, a spokeswoman for the National PTA, the nation’s largest parent-advocacy organization, said the Alexandria, Va.-based group does not have an official position on the law.

So far, nationally, only one school, Desert Trails Elementary School in Adelanto, Calif., has been transformed into a charter while another six schools in the state have used the parent-trigger law in some way to secure changes on their campuses.

Romero said lawmakers often overlook the importance of monitoring how a law is implemented. “If you don’t know the law, you can’t use the law,” she added.

Ohio’s parent-trigger pilot program in Columbus may have fallen victim to this pitfall. Greg Harris, executive director of the pro-charter nonprofit group StudentsFirst Ohio, said Columbus parents received little to no information about the state’s parent-trigger law. Under the law, it was up to the school district to publicize the option to parents.

“Parents will do their homework and will look for other opportunities for their kids,” Harris said. “It’s too soon to call parent trigger a failure [in Ohio.] It hasn’t really had its day.”

However, John Rogers, an associate professor in UCLA’s Graduate School of Education and Information Studies, predicts the parent-trigger law may have run its course in California.

Rogers, who co-authored an upcoming research paper about the law, for the journal Teachers College Record, explained that the parent-trigger law was a byproduct of the nation’s crippling fiscal crisis, which ultimately left public schools facing steep budget cuts and angered some parents who already felt their schools were underfunded. Now, California is injecting more money into public schools, and the state’s new funding law requires parental input.

Calling it an “old Wild West metaphor,” Rogers said the law “taps into a real frustration at the core of many parents’ experiences, but it deflects from the real cause of that frustration.”

Instead of shifting power from a “recalcitrant bureaucracy to parents with a holster,” he said developing empowered relationships among parents and educators would be more effective for the entire community.

Jesus Sanchez, the chief strategy officer for the Hesperia, Calif.-based firm, said their vision is to create a safe environment where parents and educators can have honest conversations about their school. They want to be proactive and develop meaningful parent-engagement plans with school districts.

While some view the parent-trigger law as a political enterprise, Flores said for his team of organizers, it’s personal. All three men are Hispanic and are graduates of Southern California public schools in low-income communities. They see their own families when they look into the faces of the parents they help, he said.

Sanchez acknowledges that parent-trigger campaigns can be divisive. “But,” he noted, “so are presidential campaigns. The one thing parent trigger does accomplish, it does make people (respond.)”

For her part, Romero – whose nonprofit hired Excellent Educational Solutions to help organize parents at Palm Lane in Anaheim – is much less inclined to support collaboration with district officials when it comes to parents who she says have been trapped “by their ZIP codes” in bad schools for years.

“I see nothing wrong with saying, ‘Power to the parents,’ ” said Romero, who grew up in East Los Angeles. “This is not the district-empowerment law.”

The former Democratic state lawmaker founded the California Center for Parent Empowerment last year. The Los Angeles-based nonprofit, which is supported by the Walton Family Foundation and the Broad Foundation, is focusing its efforts on educating parents about the parent-trigger law and the state’s Open Enrollment Act, which also became law in 2010.

The Open Enrollment Act allows students to enroll in a higher-performing school that has capacity, if their current school is identified by the state education department as one of the 1,000 “low-achieving” schools in California.

After the open-enrollment-eligible school list was released in November, Romero sent organizers to a few Los Angeles-area schools to inform parents about their rights. Parents only had until Jan. 1 to apply for school transfers under the law.

These laws have caused so much anxiety that Romero said the police were called to one school in Montebello, Calif., where the center’s organizers were handing out informational flyers after school. She says police also were called to a school district office in Anaheim, as another center organizer waited for information regarding Palm Lane’s rejected parent petitions. Parents there are currently working to resolve the issues with the petition.

“It’s crazy,” Romero said about the incidents. “But we should not be surprised. When you put a new seat at the table, you have to rearrange how power gets divided. This is a whole new chapter in the education reform movement, and it scares people.”

“This is simply about giving parents, in particular low-income parents, parents of color, and undocumented parents, real power over the destiny of their own children,” said Austin, who calls himself the inventor of the parent-trigger law.

In January, Austin became the policy development and advocacy director for Students Matter, a Menlo Park, Calif.-based national education nonprofit that sponsored the Vergara v.California lawsuit, which struck down state laws on teacher tenure and dismissal. Austin said his exit and staff turnover at Parent Revolution are due to the taxing nature of working on parent-trigger campaigns.

Austin said that Parent Revolution made mistakes in its first failed petition drive in Compton, Calif., in 2010, by assuming too much decisionmaking responsibility. But he said the efforts that followed focused on organizing and training parent-union members to lead successful campaigns. Parent Revolution also hosted a Parent Power Convention in November and created a network of parent unions to broaden and strengthen parent-empowerment efforts.

But during a recent West Athens Parent Union meeting in a home directly next to the school’s campus, most parents said they aren’t satisfied even though LAUSD added an assistant principal, a part-time social worker/psychologist, and a school safety officer. Their chief complaint continues to be student bullying and school safety. A Parent Revolution organizer served as an interpreter as parents explained in Spanish how students have left campus at dismissal time without being released to the appropriate parent or guardian. Parents said one situation prompted a police helicopter search of the area for a student.

While one parent suggested that a charter conversion might give West Athens a fresh start, most of the eight parents attending the meeting said they support the school’s teachers and wouldn’t want them to leave under a charter scenario.

“I think the solution to all the school’s problems is the principal,” parent Jessica Alday said in Spanish, as other parents nodded in agreement.

Castillo said West Athens would undergo an annual instructional and operational review with all the school’s stakeholders in May. She added that although the school hosts anti-bullying student assemblies every six weeks, controlling student behavior remains a challenge.

“It’s a work in progress,” Castillo said. “With behavior there are peaks and there are valleys.”

Meanwhile, Lugo, who plans to meet with the parent union this month, said the district would re-evaluate West Athens’ budget to determine how to best address parents’ concerns for the 2015-16 school year.

Using the parent-trigger law to transform schools is fraught with multifaceted challenges, noted Lydia Grant, a longtime Parent Revolution board member and a parent advocate from Sunland-Tujunga, Calif.

Grant said parents, like those at West Athens, who lead trigger campaigns have to be willing to stand up to school district officials and potentially become targets for retaliation and media scrutiny. That’s why parents, not Parent Revolution, must set the pace of school overhauls, she said.

“We, as an organization, can’t force parents to do this,” Grant said. “We can offer them the opportunity, but it’s up to them to ask for it.”

The Walton Family Foundation and the Broad Foundation, cited in this story, have provided financial support to Parent Revolution, and both foundations support work in Education Week.