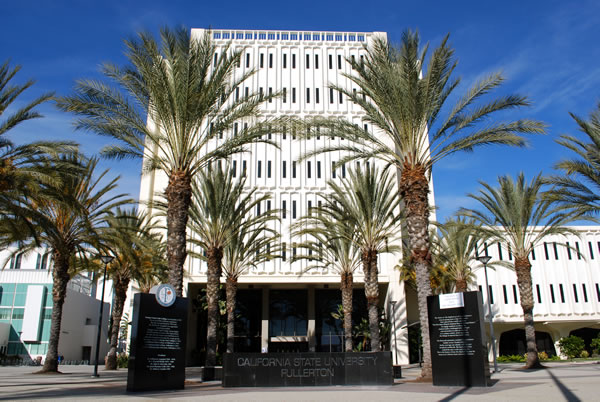 California State University will boost enrollment by 12,300 students by fall 2016, more than triple the number originally proposed earlier this year.

CSU’s Board of Trustees will discuss during their Tuesday meeting in Long Beach a plan to admit more undergraduate students from California’s high schools and community colleges. The proposed enrollment expansion follows the $269 million increase in annual state funding approved in June’s 2015-16 budget for the 23-campus system.

The funding includes $103 million aimed at increasing overall student enrollment by 3 percent for the 460,000-student system.

“This allows the California State University to continue to build on our momentum and success,” said CSU spokeswoman Toni Molle.

There is currently no breakdown for how many students each of the 23 campuses would add by next fall, Molle said.

This week is the first time CSU trustees will meet since lawmakers ratified the state budget in June.

The funding increase includes $38 million for student success and graduation initiatives. This week trustees will also review the plans for that money, which will go toward hiring more tenure-track faculty and staff, increasing academic advising, improving programs focused on retention and providing more support for under-prepared first-time freshman.

Here is a breakdown for the $269 million in additional state funds:

Molle said the overall budget increase will support the goals of CSU’s Graduation Initiative 2025, which aims to enable an additional 100,000 students to earn bachelor’s degrees by 2025.

The move to add more students comes as the system continues to grapple with record numbers of student applicants. For Fall 2015, more than 800,000 undergraduate applications were submitted to CSU campuses. That’s an increase of 29,000 applications over the previous year.

“This investment expands opportunity and access to quality degree programs, supports hiring more faculty and staff, and enables the university to scale the programs and services that increase degree completion,” CSU Chancellor Timothy White said in a recent written statement.

White said that adding 12,300 students by next fall still won’t prevent the CSU from turning away many qualified applicants. But it’s a solid step in the right direction, he said.

Regents with the University of California, who are meeting this week in San Francisco, will discuss on Wednesday a proposal to add 5,000 new undergraduate students. The state has promised the UC system $25 million in additional funds if it adds the students by fall 2016. However, the state funding won’t be awarded until after the 10-campus system proves it has added the 5,000 students, a condition that UC President Janet Napolitano and other leaders said the system is unlikely to meet.

To add the additional students, the system would first need to create additional housing, hire faculty, and increase course offerings, which is unlikely to happen without first receiving the $25 million, UC officials have said.