What’s wrong with the Vergara ruling 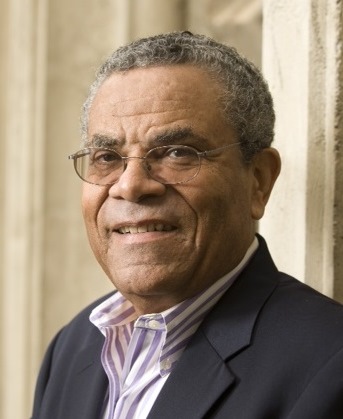 Nearly two decades ago, when I was superintendent in the Long Beach Unified School District, the superintendent in nearby Palos Verdes asked me if he could send some of his teachers to our workshops to help them improve their skills in teaching kids how to read.

I wondered why one of the state’s wealthiest and most successful districts, at least as measured by its test scores, would want to send its teachers to learn skills from an urban district like ours, with test scores that were far lower.

When I looked at the superintendent with a puzzled expression, he said: “If most of our kids didn’t come to our schools already knowing how to read and write, we’d be exposed for the frauds that we are.”

I was reminded of that conversation after the recent ruling in the Vergara lawsuit that declared several key laws governing teacher employment unconstitutional under California law. What’s wrong with the ruling is that it reinforces a completely false narrative in which incompetent teachers are portrayed as the central problem facing urban schools.

Serving as superintendent in both Long Beach and San Diego for 12-plus years, I didn’t see the “teacher jails” or “rubber rooms” – the places where teachers are assigned and do nothing while any of a range of charges against them are adjudicated – that have become a part of the popular-media-driven narrative about urban schools and districts.

I saw remarkably heroic classroom teachers who delivered high-quality instruction on a daily basis. Sure, there were times when a teacher wasn’t performing up to par and needed help. And yes, there were times when a teacher needed to find a new career. But the notion that the only choice facing an urban district is to spend hundreds of thousands of dollars removing such teachers says more about poor leadership and poor human capital management in that district than it does about the existing state statutes under consideration in this court case.

In my experience at Long Beach, the biggest help in counseling a teacher toward finding a new career was the head of the local teachers union, who understood that keeping a sub-par teacher in the profession was bad for both the district and the union. Most of the heavy lifting on getting that resignation was done by the union, not the district.

In recent years, it has become fashionable to suggest that the battle in urban districts is all about adult interests versus the interests of schoolchildren. The truth is that an effective leader of an urban school system goes to work every day trying to figure out how best to motivate, inspire and develop the adults who work with kids. Those superintendents who feel that they can transform kids’ lives by fiat from the superintendent’s suite are kidding themselves and fooling the public. Enlisting, engaging and collaborating with classroom teachers are the only ways to genuinely move the needle on student achievement.

In California, there are only two districts that have won the prestigious Broad Prize for Urban Education. Both Long Beach and Garden Grove accomplished that feat by bringing a laser-like focus to improving the capacity of their teachers through high-quality professional development, and using data to target kids who are behind. Neither district chose the path of firing their way to excellence or denying their teachers their hard-won due-process rights. And, I might add, neither district saw gimmicks like iPads as the formula for educational excellence.

The Vergara ruling also addresses the twin issues of layoff procedures and length of time needed to gain tenure.

I teach a course at Claremont Graduate University called “Strategic Management of Human Capital in High-Performing Districts.” My doctoral students always go into that course thinking that changing the current system of layoffs based on seniority would be an easily accomplished reform. However, after several hours of discussion, most readily acknowledge that hardworking teachers may still need to be protected from political retribution from some school administrators who might abuse the system to punish teachers who exercise their right to free speech by criticizing the actions of administrators, or who have become an economic burden during cost-conscious budget-cutting times. Though current laws regarding teacher tenure are admittedly imperfect, repealing them, in my judgment, might subject teachers and the students we care about to even greater chaos and confusion.

When I arrived in San Diego in 2005, one particularly disturbing admission came from one of the district’s area superintendents. She indicated that she had transferred an excellent elementary teacher from her inner-city school because the teacher had exercised her free speech rights in disagreeing with the top-down nature of the previous superintendent’s “Blueprint for Student Success.” The transfer, however, did not silence the teacher. Just the opposite, in fact. The next year, she was elected president of the San Diego teachers union.

Proponents of abrogating the rights of teachers often argue that incidents like this one in San Diego were common decades ago, but no longer happen today. My experience tells me that they are wrong on that score.

Some change may well need to be considered in the length of time teachers must serve before gaining tenure. Most observers are waiting for some grand bargain to be crafted at the state level. But I think this would be best done from the “bottom up” in urban districts like San Jose and others, where district and union leaders are coming to the same conclusion that some beginning teachers are better served by lengthening the probationary period. State leaders and CTA need to get out of the way and let this happen.

The work of improving urban schools is a long, hard slog. It requires stability of leadership and governance, along with taking the time to develop mutual trust between administrators and unions on building the capacity of the vast majority of the teacher workforce. Unfortunately, there are no shortcuts.

California is a great state that should never consider turning back the clock either on the civil rights of urban students, who have the right to a high-quality public school education, or on the employment rights of the dedicated teachers who I saw serving them so well in both Long Beach and San Diego.