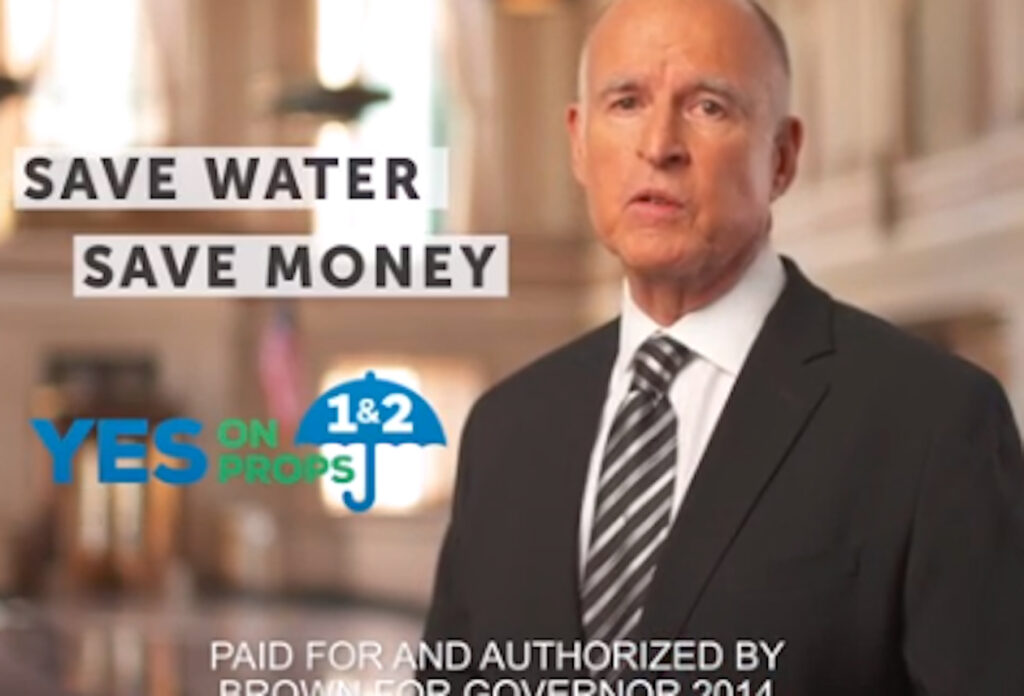 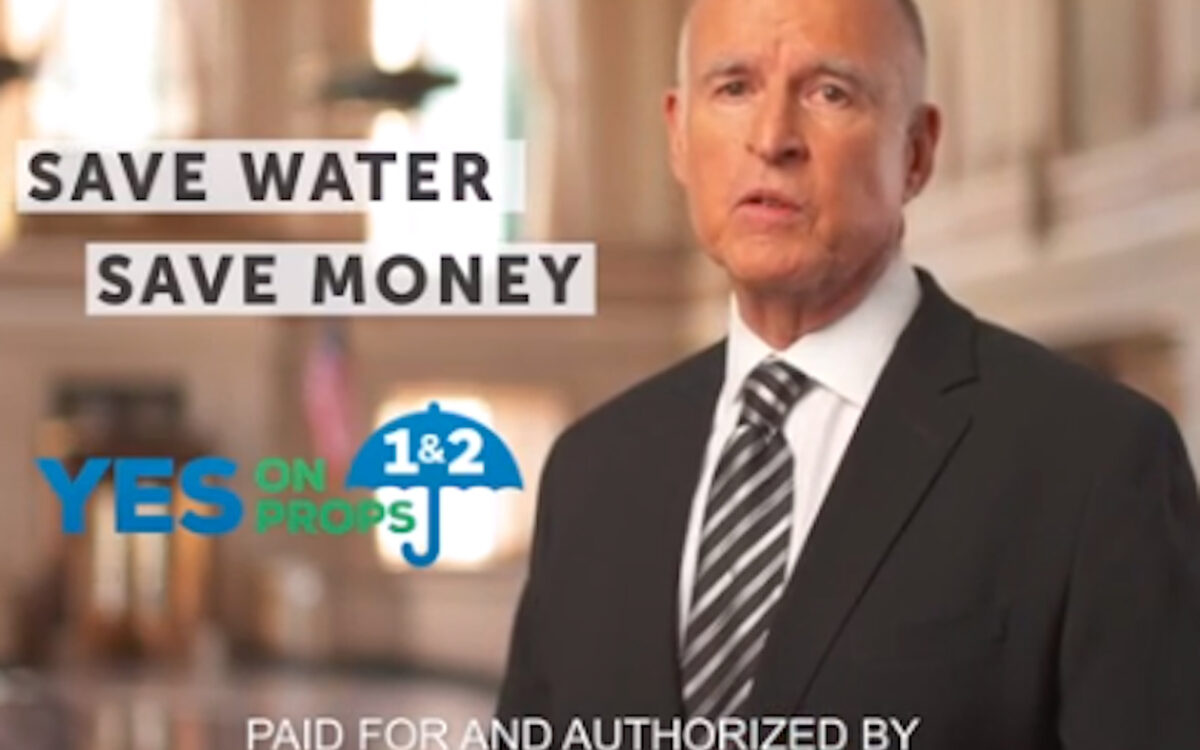 In ads that his election campaign funded, Brown linked Propositions 1 and 2 as ways to save water and money.

In ads that his election campaign funded, Brown linked Propositions 1 and 2 as ways to save water and money.

Along with re-electing Gov. Jerry Brown on Tuesday, voters awarded him one of his campaign priorities: strengthening the state budget’s rainy day fund. Proposition 2, which will increase the state’s reserve, passed easily despite the opposition or neutrality of most statewide organized education groups. Sixty-nine percent of voters supported the measure and 31 percent opposed it, with all precincts reporting.

Prop. 2 received less than 50 percent support in two voter surveys by the Public Policy Institute of California. But, as he did with Proposition 30, Brown waited until the final week of the campaign, then used several million dollars from his re-election fund for TV ads. He effectively linked Proposition 1, his other initiative, the $7.5 million water bond to counter the impact of the drought, and Prop. 2 with a message that both are needed to conserve water and save money. With two-thirds of votes counted, Prop. 1 was winning with two-thirds of the vote.

Prop. 2 amends the rules for the General Fund reserve, known as the Budget Stabilization Account, that voters approved in 2004. Prop. 2 will double the size of the reserve, to $10 billion, require more money to be deposited in it when capital gains tax revenue is above average, and stiffen the rules for using the money in down years.

It also sets up a second reserve account for education, although preconditions make it unlikely that money from Proposition 98, the main source of funding for schools, will be diverted into the education reserve often  – and not before 2020-21 at the earliest. However, education groups representing school boards and school administrators were angered by an additional provision that the Legislature passed requiring districts to limit the size of their budget reserves in any year that the state education reserve receives money. They complained that this was a violation of local control.

Rather than campaign against Prop. 2, education groups are counting on persuading Brown and lawmakers to reverse the law next year. The California School Boards Association wasted no time in calling for action. “Now that the Rainy Day Fund will be enacted, we are asking the legislature to act immediately” to repeal “this egregious statute,” CEO & Executive Director Vernon Billy said in a statement Tuesday night.