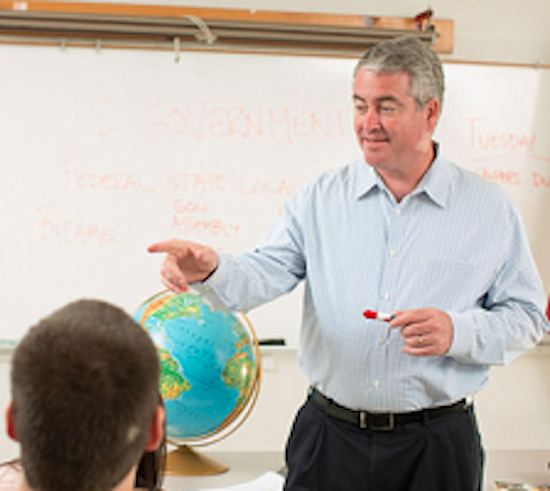 A first-year Democratic legislator from Long Beach who’s been a teacher for 20 years will chair the Assembly Education Committee. Assembly Speaker Toni Atkins, D-San Diego, announced the appointment of Patrick O’Donnell and other committee chairs on Wednesday.

Elected last month, O’Donnell succeeds Joan Buchanan, a Democratic Assemblywoman from Alamo, who termed out this year and is expected to run for state Senate in a special election next year.

O’Donnell teaches government and geography at Paramount High in the Paramount Unified School District, whose 16,000 students are primarily Hispanic and African-American. The city of Paramount is located south of Los Angeles and next to Compton. For the past decade, O’Donnell also served as a member of the Long Beach City Council.

“We’re very excited about Patrick’s appointment,” said Dean Vogel, president of the California Teachers Association. “We’ve been saying it is important to put a practitioner in the center of the conversation. He’s an excellent teacher with a thorough understanding of learning issues.”

In a brief interview Wednesday, O’Donnell said he has no agenda for education legislation, although he does want to see funding continue for vocational education programs, such as advanced manufacturing. Many vocational programs lost guaranteed state funding with the switch to local control, and some programs have died for lack of district support, he said.

“There needs to be more technology in the classroom and multiple paths for student success,” he said.

He said he fully supports the state’s new K-12 funding formula, which will provide substantial additional money for Paramount Unified, where most of the students are English learners or from low-income families. But he is concerned about the adequacy of long-term funding in the state.

O’Donnell’s two daughters attend elementary and middle schools in the Long Beach Unified School District, and, for advice, he will “lean on” the district’s superintendent, Christopher Steinhauser, a neighbor.

O’Donnell is a Long Beach native who graduated from Cal State Long Beach with an undergraduate degree in history and a master’s in public administration.

O’Donnell served on the CTA’s State Council of Education, the union’s 800-member assembly that decides policy positions. At Paramount High, he helped create a program establishing  more instructional time to improve graduation rates and qualify students for college admission. As a city council member, he led the effort to create after-school digital academies at community centers, in which students participate in graphic arts and music programs. Engaging students in what interests them, he said, “translates to success in the classroom.”