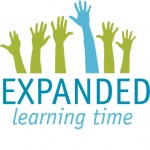 Although California has the largest investment in expanded learning programs in the nation, there is still a “large unmet need” for these programs, according to a recent report.

The study by the Center for Education and Evaluation Services (CRESS) at UC Davis School of Education found that 44 percent of schools serving low-income students do not have expanded learning programs, which include programs offered before and after school and during the summer or intersession breaks.

Expanded learning programs, with their focus on hands-on learning and field trips, are increasingly seen as a way to bridge both the academic and experience gaps between low-income students and their higher-income peers. The programs also emphasize social skills and physical exercise as well as providing meals, which are particularly important in the summer when substantially fewer school meals are served.

Altogether, 4,452 schools in California provide state or federally funded expanded learning programs serving nearly 430,000 children and youth, according to the study. About 82 percent of the students in these programs are low-income and 32 percent are English learners, the researchers found.

More recently, many of these programs have been used to introduce students to the new Common Core academic standards and the Next Generation Science Standards, which require analytical thinking, collaborative work and high-level writing skills. In addition, 600 K-12 expanded learning programs serving nearly 11,000 youth are focusing on science, technology, engineering and math (STEM) subjects.

The study includes evaluations of specific programs, such as the after-school program for more than 16,000 youth at Oakland Unified. Youth who attended the program for 100 or more days were about 10 percent more likely to score proficient or advanced on the California Standards Test, with high percentages of youth indicating that the after-school program helped them feel confident about attending and graduating from college.

Oakland is also one of five California communities being recognized as “statewide pioneers” for their summer programs by the national Best of Out-of-School Time (BOOST) conference held this week in Palm Springs. Besides East Bay Asian Youth Center (EBAYC) from Oakland, Hillcrest Elementary and Mo’ Magic from San Francisco, Power School from Gilroy, and Jump Start from Whittier were cited as models.

“These communities have been exceptionally creative in building community partnerships to serve students in their districts,” said Jennifer Peck, executive director of the Partnership for Children and Youth, in a press release about the conference.