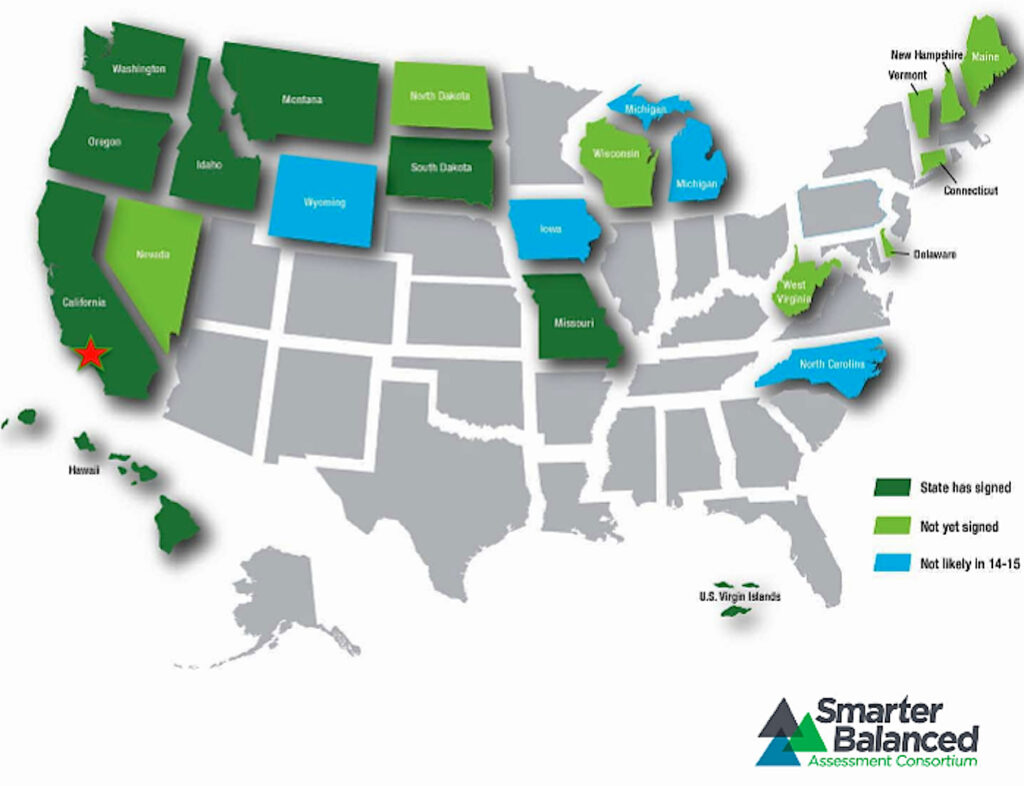 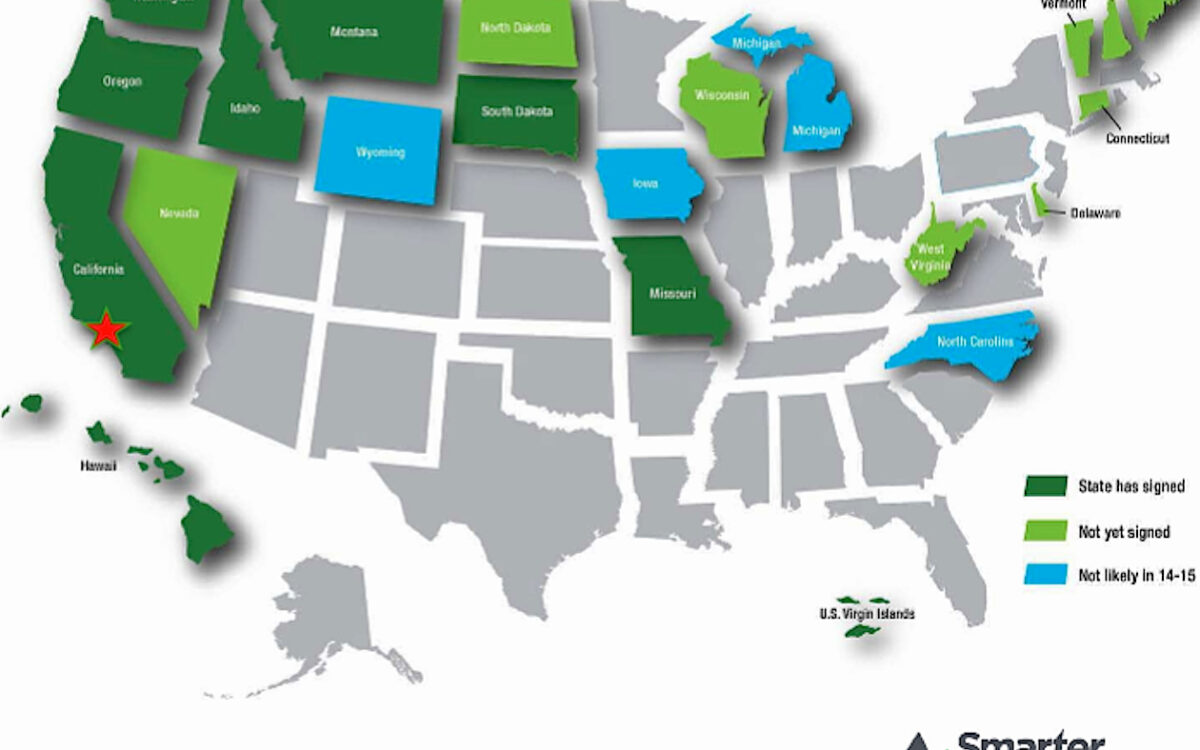 (Updated with correction on Sept. 4)

With the State Board of Education’s approval, California became the eighth state** Wednesday to sign a memorandum of understanding with the Smarter Balanced Assessment Consortium for the standardized tests in the Common Core State Standards that students will take next spring.

An additional nine  member states are expected to sign on, making 17 states, along with the U.S. Virgin Islands,** committed to give the Smarter Balanced version of the standardized tests in math and English language arts, said Joe Willhoft, Smarter Balanced’s executive director. Four states ­– Michigan, North Carolina, Iowa and Wyoming – have been affiliated with the consortium but are embroiled in political and funding disputes over Common Core and have put off signing on until at least next year, he said.

The state board’s unanimous consent was expected. California has been an influential governing member of Smarter Balanced, one of two groups of states that developed separate versions of Common Core tests over four years with a $350 million federal grant. California has also become Smarter Balanced’s home. As of July 1, Smarter Balanced  became an independent unit of  UCLA’s Graduate School of Education and Information Studies in partnership with the the National Center for Research on Evaluation, Standards and Student Testing (CRESST) at UCLA.

With federal money running out this year, Smarter Balanced is now self-funded. California will pay $9.55 million annually for three years for a total of $28.65 million. That works out to $9.55 per student up to the first 1 million students, with no additional charge for the remaining 2.6 million California students who will take the online English language arts and math tests for grades 3 through 8 and grade 11.

The Smarter Balanced contract doesn’t include the cost of scoring, administering and reporting results of the assessments – the company ETS will do that for an estimated $17.75 per student, according to the state Department of Education. But it does include Common Core resources that districts laboring to implement the new standards this year should find valuable: access, starting in late fall, to a digital library of sample questions and lesson plans, along with a social networking site for teachers to exchange information, Willhoft said. There will also be interim assessments – sample, comprehensive tests that will guide teachers on areas of instruction they should focus on and tell them whether their students are on track to do well with the official tests in the spring. Interim tests, which teachers and districts will score themselves, should be ready no later than December,  Willhoft said.

The initial interim test may be pretty spare, because energy went into creating tens of thousands of items for the official or “summative” tests, Willhoft said. But in time, test questions will be retired and shifted to the interim tests, building a larger bank while providing teachers with more flexibility to create their own interim tests.

In public testimony, Bill Lucia, executive director of the non-profit organization EdVoice, criticized the lack of details on the interim assessments and the data library in the 30-page contract with Smarter Balanced. There are no specific “deliverables” and only “vague promises,” he said.

State education officials and state board members didn’t respond to his comments.

Correction: An earlier version stated nine states had signed a contract. It’s eight states plus the U.S. Virgin Islands, a territory. Also, the relationship between UCLA and Smarter Balanced has been clarified.