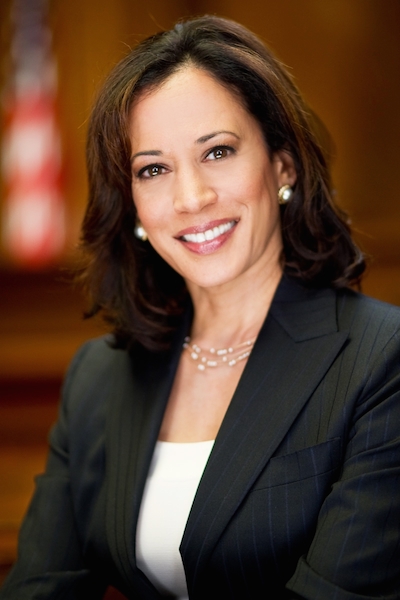 State Attorney General Kamala Harris and a team of legislators Monday introduced a package of bills to battle chronic student absenteeism, in yet another sign of the growing reexamination of school attendance and discipline policies.

One legislator called his anti-truancy bill the first step in dismantling the school-to-prison pipeline. Another said the new truancy legislation would provide services for chronically absent students and their families, not criminal sentences. And Harris said that asking why children are not in class requires school districts to look more deeply at the lives of their students. “We must be compelled to think about that child in the context of the family,” Harris said.

About 1 million California elementary school students each year are truant, meaning they have three or more unexcused absences or tardies. Chronic absenteeism, defined as missing 10 percent or more school days during the year, is a strong predictor of dropping out of school, Harris said, and has enormous social and financial costs for the student, school and state.

“The issue is not only the waste in terms of human potential, it’s also about, for our state, wasted tax revenue,” Harris said. She estimated that school districts lose $1.4 billion a year in federal funding they would have received based on student attendance.

The bills, which seek to provide solutions to problems identified in a state truancy report Harris released last year, aim to modernize attendance monitoring and build support for schools, parents and communities to get California’s children to class.

Assembly Bill 2141 – District Attorney Referral Outcome Reports. Authors: Assemblyman Isadore Hall, D-Compton, Assemblyman Rob Bonta, D-Oakland. Require that when a parent or student is referred to a district attorney’s office or charges are considered to enforce state school attendance laws, the prosecuting agency must provide a report on the outcome of the referral.

Assembly Bill 1866, authored by Assemblyman Raul Bocanegra, D-Pacoima, would for the first time collect statewide student data on chronic absenteeism by adding additional data fields into the existing student database. That information, Bocanegra said, is the first step in dismantling what he described as a cycle that goes from chronic absenteeism, to high school dropout, to unemployment and possible criminal activity. Once chronically absent students are tracked, schools can begin more effective interventions, he said.

The new education finance law, known as the Local Control Funding Formula, requires school districts to track chronic student absenteeism and to formulate a plan by July 1 for how they will do that. “This bill is really the means through which to implement that requirement,” said Ben Golombek, chief of staff for Bocanegra.

School Attendance Review Boards will be the main mechanism for improving support for truant students and their families. First created by the Legislature in 1974 and currently in use in scattered districts and counties, these review boards bring together representatives from the school district, law enforcement and social service agencies to help divert truant students and their families from the juvenile and criminal justice systems. The intention is to address the root causes of the truancy, which for elementary school children, Harris said, typically have to do with parents not understanding the compulsory education law or not being able to get their children to school.

Assembly Bill 1643, authored by Assemblywoman Joan Buchanan, D-Alamo, would require that every county create a School Attendance Review Board. Its partner bill, Assembly Bill 1672, authored by Assemblyman Chris Holden, D-Pasadena, would require School Attendance Review Boards to report annually on referral rates to county offices of education and include information on intervention outcomes. “We are not — underscore not — putting more students in the juvenile court system, but inviting more communities to intervene before the criminal justice system is involved,” Holden said.

Looking into attendance problems can reveal a wide range of social travails, said Colleen Alton, chairwoman of the Chino Valley Unified School District’s Student Attendance Review Board, which has been recognized as a Model Student Attendance Review Board by the California Department of Education. She recalled a student in elementary school who had missed several days who turned out to be living with his single mother and four siblings in a 12-by-24-foot converted garage with a leaking roof and a hot plate. The student’s older siblings walked the younger siblings to school, but often arrived late. In working with the review board and its partners in government and nonprofit agencies, the school was able to obtain a gasoline debit card so that a relative could drive the children to school. They were also able to connect the family with agencies that provided food and clothing.

“I’ve had a teacher call and tell me that a student turned in homework with wax on it,” Alton said. The student’s family didn’t have electricity. And Alton said she frequently receives calls from apartment building managers and maintenance workers about children hanging around when they should be in school. “The economy hit hard, in many areas,” Alton said. The review board isn’t a punitive body, she said. “We look at it as a problem-solving entity.”

In school and on track, attorney general’s report on truancy in California, 2013