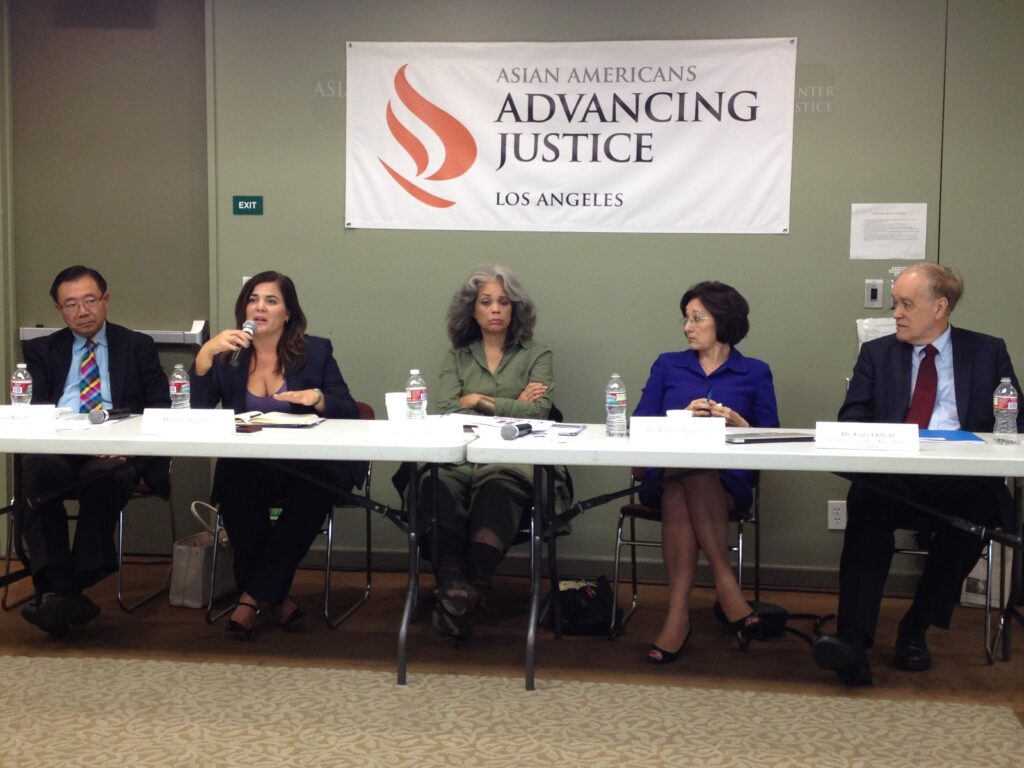 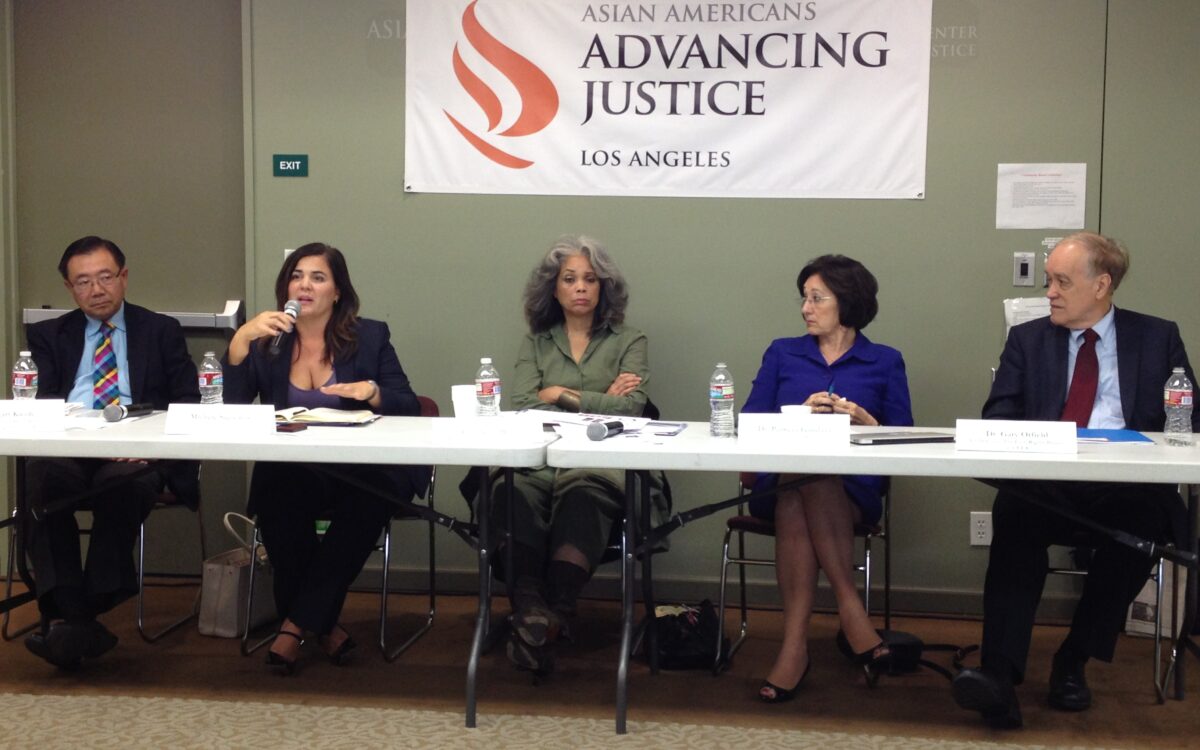 Patricia Gándara, co-director of the Civil Rights Project at UCLA, said the school funding law could spur action around school desegregation, which has had few vocal champions in recent years. School districts now have the funds and the flexibility needed to help combat racial isolation in their communities, she said.

The Local Control Funding Formula allows school districts, with community and staff input, to determine what programs it will implement for its students. The law also grants additional money to improve services for high-needs students – low-income pupils, English learners and foster youth. Each district must develop a Local Control and Accountability Plan that details how it is spending state dollars to boost services for those students. Gándara said she was disappointed that racial integration was not identified as one of the priorities districts must address in their accountability plans.

The potential of the state’s school funding law to help integrate the state’s schools was discussed during a two-hour media briefing May 22 about a new UCLA Civil Rights Project report that highlights the extreme racial imbalance in California’s schools.

The report, “Segregating California’s Future,” examines the “triple segregation” of students who are in schools that are overwhelmingly poor, black or Latino, and have large numbers of English learners. (Read EdSource Executive Director Louis Freedberg’s commentary for more details about the report.) The New America Media briefing was held at the headquarters of Asian Americans Advancing Justice-Los Angeles.

“Now is the time to think about how to use that money and other resources to make California schools less separate and more equal,” the report states.

Gary Orfield, co-director of the Civil Rights Project and co-author of the report, said districts could invest in creating high-quality schools that would attract a diverse student enrollment rather than supporting choice programs, like some charters, that exacerbate existing school inequalities. The report calls for options to allow students currently enrolled in segregated schools to attend magnet schools or academically strong schools outside of their communities. These students should be provided free transportation to those schools as well, Orfield said.

According to the report, school districts should use the money allocated in the Local Control Funding Formula to “help address some of the inequalities that face students in these unequal and separate schools while also expanding their real choices.”

Orfield said the percentage of nonwhite schools – those where 90 to 100 percent of the students are racial or ethnic minorities – has more than doubled in California since 1993. He added that the typical African-American and Latino student attends schools that are predominantly poor.

The report also examined the soon-to-be-revamped Academic Performance Index (API) listings, which measure school performance. It found that 40 percent of white students and almost 50 percent of Asian students (not including Pacific Islanders or Filipinos) attended schools in the top two decile ranks. Conversely, only 12 percent of black students and 9 percent of Latino students were enrolled in the state’s best schools, according to the API decile rankings. The Civil Rights Project will release a report in August detailing best practices to meet the needs of English language learners.

“This is very high stakes,” Gándara said. “Middle class and upwardly mobile parents chose their schools based on these scores.”

While Orfield believes Los Angeles attracts diverse families, they are not sending their children to the city’s schools; they’re opting for private schools instead. That’s where school districts’ accountability plans can make a difference, he said.

Michele Siqueiros, executive director of the Campaign for College Opportunity, said the accountability plans could be crucial in preparing more African-American and Latino students for college. She said many high-needs students have little to no chance of seeking a university degree because some of their schools don’t offer the college-required curriculum, something that the accountability plans could address.

Meanwhile, Constance Rice, co-founder of the Advancement Project, a civil rights organization, lamented the lack of political will and the limited legal avenues available to confront the stark racial, language and economic divisions facing the state’s public schools. She suggested that instead of dwelling on “these pathetic patterns that persist decade in and decade out,” that the focus should be on encouraging kids of different races to interact meaningfully with one another. Rice, for example, talked about creating multi-ethnic athletic and academic teams across school and district boundaries.

“It’s time for a game change politically,” Rice said. “We need to change the politics so that the solutions that we know work get done.”