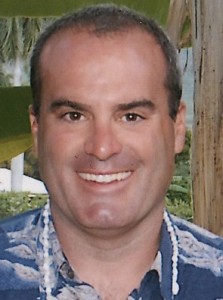 Last October, I wrote about a lawsuit that was still under the radar of most Californians — Vergara v. California. Although I had hardly the expertise to handicap its chances of succeeding in court, I predicted that this case could be “the biggest potential change to sweep California public education since Serrano v. Priest.” This week, Superior Court Judge Rolf Treu overturned five California Education Code statutes around firing protections, tenure and seniority. Interestingly, the judge referenced Serrano liberally in his decision, signaling his belief in the historic nature of the ruling.

As expected, the education community is abuzz over the decision because if it is sustained on appeal, it may indeed be the biggest change in California public education in the last four decades, or perhaps ever. There are thousands lining up both lauding and chiding the judge’s ruling.

No doubt there is plenty of nervousness filing through the ranks of teachers and certainly through the leadership of both local and statewide union representatives, but I do believe that regardless of the final judicial outcome of this case, we have a historic opportunity to re-imagine and recreate a system built long ago which hardly could be argued is well adapted for a 21st century learning paradigm. I do not buy into the arguments that this case is about “reformers” vs. “traditionalists” or that it’s about charter schools, competition, or privatization. This is about an opportunity for all of our public schools to bring true professionalism to the profession of teaching. If together we can create a new compact on how we hire, evaluate and even fire teachers, I believe it will not only be better for our students, but better for our teachers as well.

So, my plea to all sides on this issue is to view it as an opportunity to discuss how we elevate the profession of teaching and examine the obligations on all sides to accomplish that. We need more money in the system to better pay teachers as professionals, but we also need modern work rules, pay schemes and evaluation processes to better support both teachers and students. Those of us in local school districts don’t need to (and shouldn’t) wait for the final ruling in Vergara, nor do we have to wait for the Legislature to create new rules based on that decision. We already know what we need to do, and we can start now.

Most local school board members and administrators with whom I have spoken recognize that we can’t treat teachers exactly as we treat employees in the private sector — there are certain obligations required and protections needed as public employees. It’s reasonable for teachers to have due process in employment decisions (much as other government employees do), but clearly this process shouldn’t be so onerous in terms of time or money as to create a disincentive for a district to make the right decision. Most understand that using test scores to evaluate teachers’ performance is so reductive and narrow as to be inherently meaningless, but that does not mean that teachers shouldn’t have frequent, rich evaluations from qualified evaluators (including other teachers). And such evaluations should inform both the support that we give our teachers and the employment decisions that we make.

I also implore the Legislature to look at other areas of California Education Code that run counter to serving the interests of our students and schools. As I argued in my 21st Century Education white paper from almost two years ago, let’s really think about “starting over” and restructuring Ed Code to reflect policies that:

I recognize it’s difficult to change something that has just been accepted as common practice for decades. Naturally, many may be anxious about potential changes or suspicious of motives, but to paraphrase Franklin Delano Roosevelt, it is only the fear we need to fear. Public school advocates can recognize that so many of our schools are doing amazing things with the resources and structure they have inherited, but also admit that we must open everything up to potential change to meet the modern requirements of the institution. I hope that this week’s ruling doesn’t pit well-meaning advocates against each other, but rather starts a conversation in earnest.