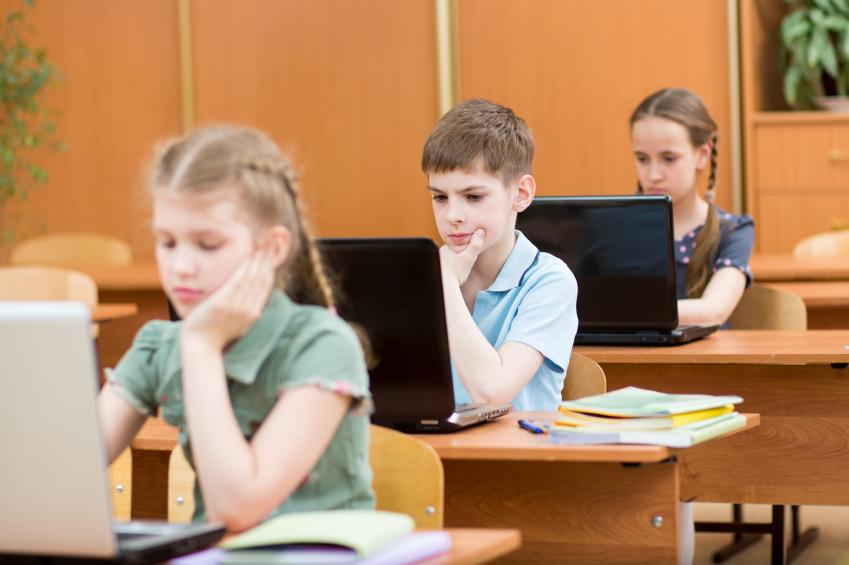 Last year, as chair of the Assembly Budget Subcommittee on Education Finance, Bonilla pushed for the $1.25 billion that schools are using this academic year to support teacher training, textbooks and other instructional materials and technology upgrades needed to carry out the transition to Common Core State Standards. California and 44 other states have adopted the standards, which outline the skills students need in English and math. The new standards move away from lecture-focused instruction and what some have criticized is a heavy reliance on memorization and focus more on critical thinking and analytical skills and hands-on, interactive instruction.

Assembly Bill 2319 seeks $1.5 billion for a second round of implementation funds. UPDATE: Gov. Jerry Brown included the implementation funds as one-time money in the May budget revision last year when state revenues were higher than expected at the beginning of the year. Bonilla is hoping the same thin will happen this year to pay for the additional implementation funds; so far, finance officials say the outlook for increased revenue is promising.

Bonilla had also requested $1.5 billion last year – which the governor reduced to $1.25 billion – for a two-year total of $3 billion. She said that’s how much the California Department of Education said districts would need for ongoing Common Core implementation.

“What I’ve heard from many superintendents, principals and teachers is that the $1.25 billion absolutely has made all the difference this year in the transition into Common Core,” Bonilla said. “But we’re not done yet. We need more.”

Roland Maier is one of those voices. The superintendent of rural Cuyama Joint Unified School District in Santa Barbara County said he spent about 60 percent of his district’s $48,000 in implementation funds to buy new computers for the high school and upgrade its Internet bandwidth in preparation for this spring’s Smarter Balanced field test, the computerized assessment aligned to the new standards. That’s just for starters.

“Most of our computers are from six to eight years old,” Maier said. “My plan next year is to try to add a (computer) lab at the elementary school.”

But $1.5 billion is about half of what schools need, according to Wes Smith, executive director of the Association of California School Administrators. Smith hasn’t seen Bonilla’s bill and isn’t taking a position on it yet, but said the association has been pushing for two set-asides: $1.25 billion for continuing professional development and instructional materials related to Common Core and another $1.5 billion just for technology so schools will be prepared for the computer-based tests.

“It shouldn’t be one or the other,” said Smith, especially given that technology is a core element of Common Core standards.

Smith also said he’s frequently on the road visiting school districts and has heard serious concerns from many members that “we’re not as prepared (for the field test) as some state surveys suggest.”

In addition to technology and professional development, AB 2319 also continues the state’s new philosophy of giving local districts more autonomy while holding them accountable for outcomes. If a district’s technology is up to par, the money could fund career technical education programs or the development of curricula for science, technology, engineering and math, known as STEM.

“With seven out of 10 jobs today requiring proficiency in science, technology, engineering and math, California must remain on the cutting edge of investment in our students, teachers and in-school technologies,” said Carl Guardino, chief executive officer of the Silicon Valley Leadership Group, in a statement supporting the bill.

The bill itself contains few specifics for now.

Bonilla said the final legislation will likely be a budget trailer bill as it was last year, and won’t be finalized until after  the May revise is released. For now, she sees the bill as an opportunity to create a policy discussion around challenges the state faces in implementing Common Core.

The state will learn about some of these shortcomings soon enough. In a couple of weeks more than 3 million students will start taking the computer-based Smarter Balanced field test. Bonilla said that will provide valuable information to the state about its technological capabilities.

“I think we know that we’re stressing the system with the field test,” Bonilla said. “This bill is my response to what we believe will happen as we roll out the test.”

Regulations for this year’s $1.25 billion in Common Core implementation funds