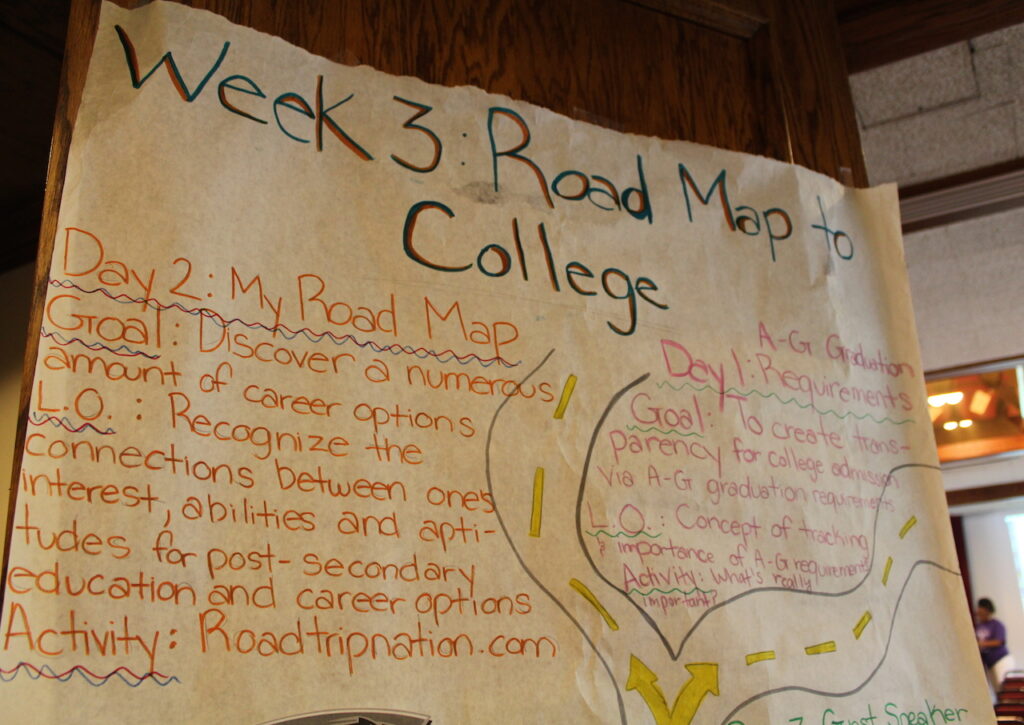 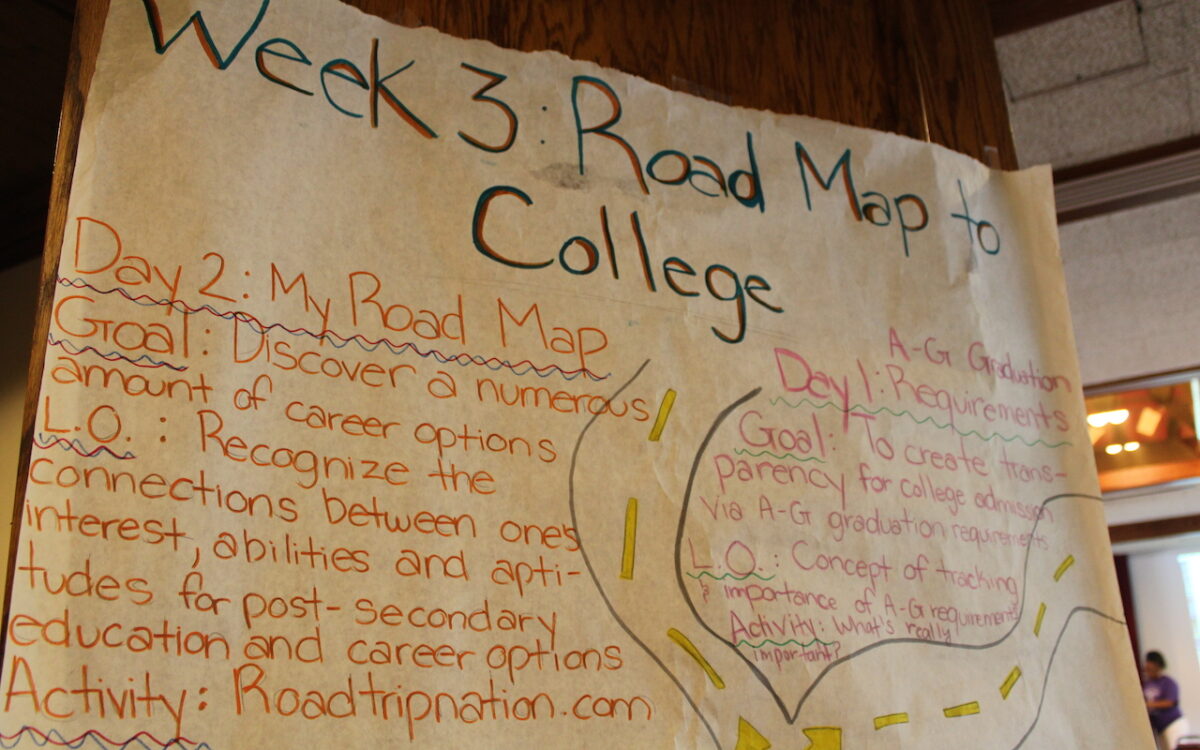 Cold hard cash might have been the incentive that originally enticed hundreds of San Francisco high school students to give up part of their summer vacation for an academic tutoring and career program.

But it wasn’t long before the things they were doing and learning overshadowed the stipend.

“I heard ‘money’ and I was like, ‘Oh fo’ sho’ I’m gonna be there,’” joked 17-year-old Rome Jones, a junior at George Washington High School and a participant in the Summer Youth Academic and Employment Program. “(But) the people here reminded me that even though I had messed up in school, I had a chance to fix it.”

“I just really appreciate what they did for me,” he continued, “because I was starting to lose a little faith in myself.”

Rome was one of about 240 students from San Francisco Unified School District high schools who participated in the summer program, a partnership between the district and two community nonprofits – Young Community Developers and 100% College Prep Institute.

The program offers a mix of academic tutoring and career preparation for 10th- and 11th-grade students who are behind on credits or failing classes. The students attend district-run summer school in the morning, then in the afternoon receive additional tutoring and learn about college and careers from workers with the nonprofits.

The program this year also included a summer bridge component, where incoming freshmen can receive additional academic support and get a jump on the courses they’ll be taking in high school. At the end of the program, the summer bridge students will have taken the coursework to qualify for 2.5 course credits, putting them ahead of other students as soon as they set foot on their first high school campus.

The pot sweetener for the five-week program? A stipend financed by the San Francisco Department of Children, Youth and Their Families, another program sponsor. Older students can earn a stipend of up to $599, while the summer bridge students can receive up to $300.

“We turned the program into a job,” said Tachelle Herron-Lane, program coordinator with the 100% Percent College Prep Institute, also called the Bayview Association for Youth. “We said, ‘If I’m going to pay you $599 for just going to summer school, I need you to show me what you’re learning.’”

“I just really appreciate what they did for me, because I was starting to lose a little faith in myself,” said George Washington High School junior Rome Jones, 17.

Student stipends aren’t unheard of for summer programs, Herron-Lane said – the money provides an incentive, but also covers some of what students might have made if they took a summer job instead of going to school.

But the focus on career planning and higher education, in addition to academics, is a core component of the summer program, which is tailored toward helping students prepare for their futures.

In addition to the academic help, students tour college campuses – a first for many of the program participants – and receive visits from guest speakers who introduce them to a variety of careers. Students heard from doctors and engineers, among others, and received a special visit from Hawthorne Mayor Chris Brown, the city’s first African-American mayor.

Students also learned how to create résumés and prepare cover letters, and ultimately went on interviews – many of which led to jobs, Herron-Lane said. To earn the stipend, students had to keep daily progress reports, maintain good attendance and show up on time, she said.

“We wanted to have career awareness to get them thinking about what it is they would like to do and how they would actually need to get there,” said Sherrice Dorsey-Smith, senior program officer for the Department of Children, Youth and Their Families.

The program fits with the workforce development mission of Young Community Developers, said Executive Director Shamann Walton, but it also exposes students to their future options and helps provide real-world relevance to what they’re learning in school.

“Our job is to make sure people can get into careers and jobs so they can be financially self-sufficient,” Walton said. “ … We feel that students need to be exposed to career options as well as making sure they do well academically. Not every student is going to go straight into college. We want to make sure they do get some information about careers that will help them earn a living with a high school diploma.”

Some students said the program transformed the way they think about school and their futures.

“I was thinking about going to college, but after this program I realized I need to go to college for a job,” said Balboa High School sophomore Deja Johnson, 14. “This helped me realize that college is something I need to go do.”

The program wrapped up for the summer on July 16, when participants were honored at a lunch and celebration at San Francisco State University. Posters created by students mapping out their “roadmap to the future” lined the walls, with goals including “graduate college,” “buy my house” and “get married” outlined along the way.

“When I started, I wasn’t to sure what I’d get out” of the program, said 15-year-old Galileo High School junior Lavelle Johnson, who, like Washington High’s  Jones, was one of five students chosen to speak at the ceremony. “But what I took from the program was confidence. If you really want something, there should be no reason you can’t go out and get it.”

Another speaker, Lishanique Mason, 15, a sophomore at Thurgood Marshall High, said the program taught her “leadership and maturity.”

“I needed that extra push to get back on track,” she said. “One thing I learned is it’s never too late to get your life back together.”